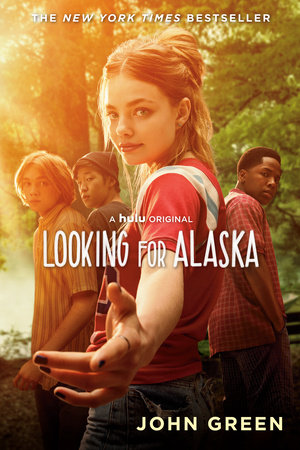 “So do you really memorize last words?”

She ran up beside me and grabbed my shoulder and pushed me back onto the porch swing.

“No. Those were his last words. Someone said, ‘Mr. President, you can’t say Dallas doesn’t love you,’ and then he said, ‘That’s obvious,’ and then he got shot.”

She laughed. “God, that’s awful. I shouldn’t laugh. But I will,” and then she laughed again. “Okay, Mr. Famous Last Words Boy. I have one for you.” She reached into her overstuffed backpack and pulled out a book. “Gabriel García Márquez. The General in His Labyrinth. Absolutely one of my favorites. It’s about Simón Bolívar.” I didn’t know who Simón Bolívar was, but she didn’t give me time to ask. “It’s a historical novel, so I don’t know if this is true, but in the book, do you know what his last words are? No, you don’t. But I am about to tell you, Señor Parting Remarks.”

And then she lit a cigarette and sucked on it so hard for so long that I thought the entire thing might burn off in one drag. She exhaled and read to me:

“‘He’—that’s Simón Bolívar—‘was shaken by the overwhelming revelation that the headlong race between his misfortunes and his dreams was at that moment reaching the finish line. The rest was darkness. “Damn it,” he sighed. “How will I ever get out of this labyrinth!”’”

I knew great last words when I heard them, and I made a mental note to get ahold of a biography of this Simón Bolívar fellow. Beautiful last words, but I didn’t quite understand. “So what’s the labyrinth?” I asked her.

And now is as good a time as any to say that she was beautiful. In the dark beside me, she smelled of sweat and sunshine and vanilla, and on that thin-mooned night I could see little more than her silhouette except for when she smoked, when the burning cherry of the cigarette washed her face in pale red light. But even in the dark, I could see her eyes—fierce emeralds. She had the kind of eyes that predisposed you to supporting her every endeavor. And not just beautiful, but hot, too, with her breasts straining against her tight tank top, her curved legs swinging back and forth beneath the swing, flip-flops dangling from her electric-blue-painted toes. It was right then, between when I asked about the labyrinth and when she answered me, that I realized the importance of curves, of the thousand places where girls’ bodies ease from one place to another, from arc of the foot to ankle to calf, from calf to hip to waist to breast to neck to ski-slope nose to forehead to shoulder to the concave arch of the back to the butt to the etc. I’d noticed curves before, of course, but I had never quite apprehended their significance.

Her mouth close enough to me that I could feel her breath warmer than the air, she said, “That’s the mystery, isn’t it? Is the labyrinth living or dying? Which is he trying to escape—the world or the end of it?” I waited for her to keep talking, but after a while it became obvious she wanted an answer.

“Uh, I don’t know,” I said finally. “Have you really read all those books in your room?”

She laughed. “Oh God no. I’ve maybe read a third of ’em. But I’m going to read them all. I call it my Life’s Library. Every summer since I was little, I’ve gone to garage sales and bought all the books that looked interesting. So I always have something to read. But there is so much to do: cigarettes to smoke, sex to have, swings to swing on. I’ll have more time for reading when I’m old and boring.”

She told me that I reminded her of the Colonel when he came to Culver Creek. They were freshmen together, she said, both scholarship kids with, as she put it, “a shared interest in booze and mischief.” The phrase booze and mischief left me worrying I’d stumbled into what my mother referred to as “the wrong crowd,” but for the wrong crowd, they both seemed awfully smart. As she lit a new cigarette off the butt of her previous one, she told me that the Colonel was smart but hadn’t done much living when he got to the Creek.

“I got rid of that problem quickly.” She smiled. “By November, I’d gotten him his first girlfriend, a perfectly nice non–Weekday Warrior named Janice. He dumped her after a month because she was too rich for his poverty-soaked blood, but whatever. We pulled our first prank that year—we filled Classroom Four with a thin layer of marbles. We’ve progressed some since then, of course.” She laughed. So Chip became the Colonel—the military-style planner of their pranks, and Alaska was ever Alaska, the larger-than-life creative force behind them.

“You’re smart like him,” she said. “Quieter, though. And cuter, but I didn’t even just say that, because I love my boyfriend.”

“Yeah, you’re not bad either,” I said, overwhelmed by her compliment. “But I didn’t just say that, because I love my girlfriend. Oh, wait. Right. I don’t have one.”

She laughed. “Yeah, don’t worry, Pudge. If there’s one thing I can get you, it’s a girlfriend. Let’s make a deal: You figure out what the labyrinth is and how to get out of it, and I’ll get you laid.”

Later, I walked toward the dorm circle beside Alaska. The cicadas hummed their one-note song, just as they had at home in Florida. She turned to me as we made our way through the darkness and said, “When you’re walking at night, do you ever get creeped out and even though it’s silly and embarrassing you just want to run home?”

It seemed too secret and personal to admit to a virtual stranger, but I told her, “Yeah, totally.”

For a moment, she was quiet. Then she grabbed my hand, whispered, “Run run run run run,” and took off, pulling me behind her.

About Looking for Alaska

The award-winning, genre-defining debut from John Green, the #1 bestselling author of Turtles All the Way Down and The Fault in Our Stars

Miles Halter is fascinated by famous last words—and tired of his safe life at home. He leaves for boarding school to seek what the dying poet François Rabelais called the “Great Perhaps.” Much awaits Miles at Culver Creek, including Alaska Young, who will pull Miles into her labyrinth and catapult him into the Great Perhaps.

Looking for Alaska brilliantly chronicles the indelible impact one life can have on another. A modern classic, this stunning debut marked #1 bestselling author John Green’s arrival as a groundbreaking new voice in contemporary fiction.

Catching up on your Looking for Alaska? We’ve recapped episode 2 for you!   Alaska gently wakes Pudge up by screaming in his ear and they all go to breakfast, where… Pudge TOTALLY SCHOOLS the Weekday Warriors with his last words knowledge. Hell yes, Pudge. Class time, and our fav teacher Dr. Hyde is backkkk! But … Continued
See More

Whether you know him as the founder of Vid-Con, the YouTuber you can’t stop watching, or the author who made you cry your eyes out, chances are: you’ve heard of (and love) John Green. In case you missed John Green’s appearance on 60 Minutes (aired October 7th, 2018), we’ve rounded up some of the most … Continued
See More

It’s been in development for YEARS but finally thanks to Hulu TV, John Green’s Looking for Alaska is making its way to the small screen! John himself tweeted how exciting it was to see the adaptation that has been 13 years in the making, take the next steps and that includes the MASSIVE announcement that … Continued
See More

In case you didn’t get the jumpstart of diving right into the Looking for Alaska mini-series on Hulu, we’re recapping the first episode for you to catch up!   The first episode kicks off with a VERY intense flash forward to the scene of a car accident. *reaches for tissues* Flashback to BEFORE Meet Miles. … Continued
See More

There is something so exciting about the idea of boarding schools–at least for those of us who never attended one. Living with your friends without the watchful eyes of your parents? The dream, and the perfect setting for a book if we do say so ourselves–Hogwarts, anyone? Here’s a list of ten fictional boarding schools … Continued
See More

It’s time for Autumn to Fall and with the change of season come a change in To-Be-Read lists everywhere! As October 2018 rolls in and we prepare for colder weather and spookier decor, we’re happy to provide you with the best new books hitting shelves!   10/2: A Map of Days by Ransom Riggs – Miss Peregrine … Continued
See More

It’s honestly insane how many freaking AMAZING books are about to hit shelves, but we’re gonna try and break it down, starting with September!   9/3: We Speak in Storms by Natalie Lund – A powerful and haunting debut novel about friendship, acceptance, and learning to let go as the balance between the living and the … Continued
See More

May is Mental Health Month and we find that books can not only help us understand or sympathize, but can often help us talk about difficult topics. Here are 15 books to read this month to help you start a conversation and #endthestigma.   Turtles All the Way Down by John Green Aza is trying. She is trying … Continued
See More

5 Things We Love in the ‘Looking for Alaska’ Trailer

If you’re going to seek a great perhaps, you’ve reached your first destination. The Looking for Alaska TV miniseries trailer is FINALLY HERE! Watch it right now:     Are you like us and can’t wait to see the show premiere on Hulu on October 18? If so, you’re in luck—we’re spotlighting our all-time favorite … Continued
See More

Wait…you’re saying it’s almost 2019? ALREADY? Well, then it’s time to take a stroll down Bookish Memory Lane and make sure you haven’t missed out on any of the amazing titles 2018 gave us! via GIPHY January: Rookie on Love by Tavi Gevinson A single-subject anthology about the heart’s most powerful emotion, edited by Rookie creator, … Continued
See More
SEE MORE