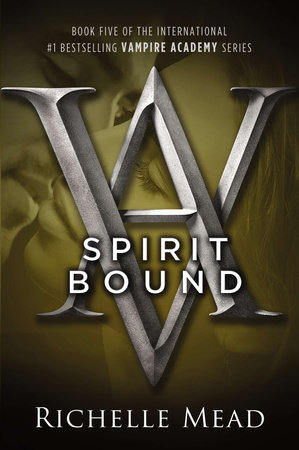 THERE’S A BIG DIFFERENCE BETWEEN death threats and love letters—even if the person writing the death threats still claims to actually love you. Of course, considering I once tried to kill someone I loved, maybe I had no right to judge.
Today’s letter had been perfectly timed, not that I should have expected any less. I’d read it four times so far, and even though I was running late, I couldn’t help but read it a fifth time.

My dearest Rose,
One of the few downsides to being awakened is that we no longer require sleep; therefore we also no longer dream. It’s a shame, because if I could dream, I know I’d dream about you. I’d dream about the way you smell and how your dark hair feels like silk between my fingers. I’d dream about the smoothness of your skin and the fierceness of your lips when we kiss.
Without dreams, I have to be content with my own imagination—which is almost as good. I can picture all of those things perfectly, as well as how it’ll be when I take your life from this world. It’s something I regret having to do, but you’ve made my choice inevitable. Your refusal to join me in eternal life and love leaves no other course of action, and I can’t allow someone as dangerous as you to live. Besides, even if I forced your awakening, you now have so many enemies among the Strigoi that one of them would kill you. If you must die, it’ll be by my hand. No one else’s.
Nonetheless, I wish you well today as you take your trials—not that you need any luck. If they’re actually making you take them, it’s a waste of everyone’s time. You’re the best in that group, and by this evening you’ll wear your promise mark. Of course, that means you’ll be all that much more of a challenge when we meet again—which I’ll definitely enjoy.
And we will be meeting again. With graduation, you’ll be turned out of the Academy, and once you’re outside the wards, I’ll find you. There is no place in this world you can hide from me. I’m watching.
Love,
Dimitri

After a long and heartbreaking journey to Dimitri’s birthplace in Siberia, Rose Hathaway has finally returned to St. Vladimir’s – and to her best friend, Lissa. It is at long last graduation, and the girls can’t wait for their real lives beyond the Academy’s iron gates to begin. But Rose’s heart still aches for Dimitri, and she knows he’s out there, somewhere.

She failed to kill him when she had the chance. And now her worst fears are about to come true. Dimitri has tasted her blood, and now he is hunting her. And this time he won’t rest until Rose joins him . . . forever.

There are two kinds of readers in this world: those who love romance novels and those who haven’t read one yet. Never fear: we’re not talking about the sexy-sexy books with the bare-chested dudes on the covers (though there’s nothing wrong with that!). We’re talking about “gateway romance” books—the ones you just can’t help but … Continued
See More

The 6 Most Romantic Moments from Richelle Mead Books

Whether it’s about vampires, Alchemists, half-humans, or people rooted in ancient mythology, Richelle Mead knows how to write sparks – nay, raging fires – of love that get our hearts pounding. Read on for 6 of our favorite romantic moments from all of Richelle Mead’s books! The cabin scene from Shadow Kiss “The electricity that had crackled … Continued
See More

If you walked into the halls on your first day this year wishing they had a little more of any of the above: magic, adventure, romance, or secrets – this roundup is for you. It may be too late to switch schools now, but read on for seven to consider transferring to at the end of … Continued
See More
SEE MORE