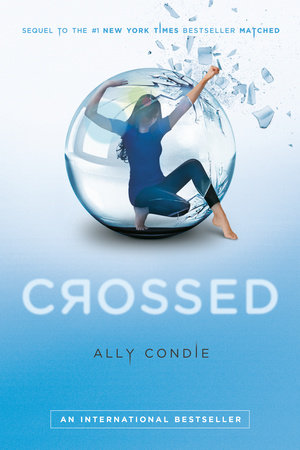 Perfect for fans of 1984, Brave New World, Black Mirror, and The Handmaid’s Tale.

Chasing down an uncertain future, Cassia makes her way to the Outer Provinces in pursuit of Ky–taken by Society to his certain death–only to find that he has escaped into the majestic, but treacherous, canyons.  On this wild frontier are glimmers of a different life . . . and the enthralling promise of rebellion. But even as Cassia sacrifices everything to reunite with Ky, ingenious surprises from Xander may change the game.  On the edge of Society, nothing is as expected, and crosses and double crosses make Cassia’s path more twisted than ever.

The year was 2011. Robert Pattinson and Kristin Stewart had just one Best Kiss at the MTV Movie Awards, Taylor Swift had just joined Instagram, and and all of us were obsessed with the Royal Wedding…and also some really good books came out. Let’s talk about them!   Biggest Books of 2011! Crossed by Ally Condie  Chasing … Continued
See More

We’re still waiting for someone to invent a magical elixir that can immediately heal a broken heart, but in the meantime – these quotes from YA books will help ease the pain!   The Truth About Forever by Sarah Dessen   Our Chemical Hearts by Krystal Sutherland Our Chemical Hearts comes out 10/4 but you can start reading … Continued
See More
SEE MORE