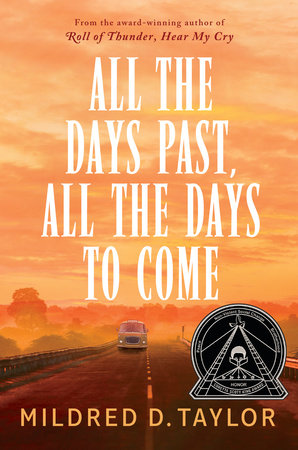 
I had taken the trip back to Mississippi twice before, once on the train and once with Stacey and Dee driving the two-­lane Dixie Highway through southern Ohio and across the bridge that spanned the Ohio River, the Mason-­Dixon Line that marked the end of our northern freedom. Once we crossed that bridge, everything changed. Once we crossed that bridge, we were in Kentucky. We were in the South, and there was no more pretense to equality.

Whites Only. Colored Not Allowed.

We didn’t have to see the signs. We knew they were there. Even if there were no signs on display, they were imprinted in all our thinking. They were signs that had been there all our lives. When Dee and I had prepared all the food for the trip, it had been as if we were packing for a picnic. But of course that wasn’t the case. We had packed all this food because once we crossed out of Ohio into the South we could not stop in restaurants along the way, even if we had had the money or the time. We couldn’t stop at any of the motels or hotels either. We ate our cold food, knowing it was as good as or better than any served in the restaurants. We kept the signs in our heads, ate our food, and were thankful for it.

Now, rolling through the border state of Kentucky, we took great care to attract as little attention as possible as we drove through the small towns that stretched along the highway. We stopped only in the big cities for gas. We stopped in Lexington, and farther south we planned to stop in Nashville or Memphis and prayed that everything would be fine with the car. We did not want contact with white people any more than necessary. We kept to the speed limit. We obeyed every traffic sign. Once in hard-­line Tennessee, we grew even more cautious. We all watched for the police, who could be hidden at any intersection, at any bushy turn of the highway, or in response to the call of any white person who had seen us with our northern plates riding through.

And then we entered Mississippi.

We were now in the Deep South and there was no state more menacing, more terrifying to black people than Mississippi. In each town we were wary of white men gathered on porches, standing in groups on the street, wary of their stares at four Negroes riding in a brand-­new Mercury with northern plates. We were wary if they stared too long, if they pointed toward us, if they appeared ready to approach us. We held our breath and moved cautiously, slowly, on, obeying fifteen-­mile-­an-­hour town speed limits, stopping at every red light, breaking no rules, and all the time as we drove, as we worried about being too noticeable. All of us knew we had to get through these small towns and down the road again toward home. Only once out of a town did we breathe normally again. Close to home, we drove through the town of Strawberry, its streets deserted in the predawn hours. We were glad of that; we did not want to be seen. We were in Mississippi, our birthplace, but it was now like being in a foreign land.

The saga of the Logan family–made famous in the Newbery Medal-winning Roll of Thunder, Hear My Cry–concludes in a long-awaited and deeply fulfilling story.

In her tenth book, Mildred Taylor completes her sweeping saga about the Logan family of Mississippi, which is also the story of the civil rights movement in America of the 20th century. Cassie Logan, first met in Song of the Trees and Roll of Thunder, Hear My Cry, is a young woman now, searching for her place in the world, a journey that takes her from Toledo to California, to law school in Boston, and, ultimately, in the 60s, home to Mississippi
to participate in voter registration. She is witness to the now-historic events of the century: the Great Migration north, the rise of the civil rights movement, preceded and precipitated by the racist society of America, and the often violent confrontations that brought about change. Rich, compelling storytelling is Ms. Taylor’s hallmark, and she fulfills expectations as she brings to a close the stirring family story that has absorbed her for over forty years. It is a story she was born to tell.

It is only JANUARY and one thing is very clear: 2020 is raising the bar on covers across the board. Exhibit A: All the Days Past, All the Days to Come. Aside from being an incredible read and long-awaited finale to the Logan Family series, this book is just plain beautiful. Here are some of … Continued
See More

Welcome back to #FridayReads! This week we’re reading All the Days Past, All the Days to Come by Mildred D. Taylor. The saga of the Logan family–made famous in the Newbery Medal-winning Roll of Thunder, Hear My Cry–concludes in a long-awaited and deeply fulfilling story. Scroll down to read the excerpt! Moe and Henry were waiting for us … Continued
See More

Hello and WELCOME to the 2020 YA sneak peek! We’re talking all early info on upcoming 2020 books we cannot WAIT for!   All the Days Past, All the Days to Come by Mildred D. Taylor – January 7, 2020 The saga of the Logan family–made famous in the Newbery Medal-winning Roll of Thunder, Hear My … Continued
See More
SEE MORE