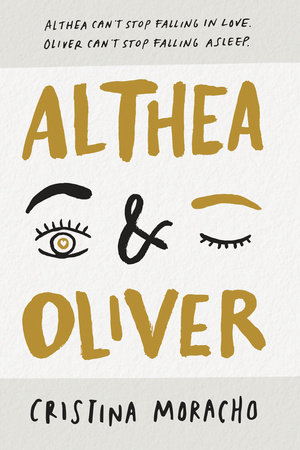 “It wasn’t exactly how I pictured it, either,” Althea shouts back. Her legs are shaking. “How do you think I feel? Do you think that’s what I wanted?”
“Then why did you do it?”
Althea stares at him, knowing if he even has to ask, it’s already over, she’s already lost. “I don’t think I could have stopped it. And if you could remember, you would know what I mean, and you would know that I’m right.”
Releasing her, he takes a step back, shaking his head. There’s gravel in his voice, a roughness she’s never heard before. “I’ll tell you what I know. This, you and me, this is all just geography. If it had been some other little girl who grew up down the block from me, I would have been her best friend for ten years, too, until I realized one day that I wasn’t sure I even liked her very much. You’re like an incumbent president that no one can stand but you get reelected anyway, you have the advantage because you’re already in and when someone’s in it’s so much harder to get them out.”

“The bittersweet romance, Oliver’s battle with his illness, and Althea’s coming-of-age struggle should appeal to fans of John Green and Sarah Dessen who are looking for something new.” —VOYA

Althea Carter and Oliver McKinley have been best friends since they were six. Now, as their junior year of high school comes to a close, Althea has begun to want something more. Oliver simply wants life to go back to normal, but when he wakes up one morning with no memory of the past three weeks, he can’t deny any longer that something is seriously wrong with him. Then Althea makes the worst decision ever, and her relationship with Oliver is shattered. When he leaves town for a clinical study in New York, she drives up the coast after him, determined to make up for what she’s done.

Cristina Moracho’s extraordinary debut is an achingly real story about identity, illness, and love—and how one decision can change everything.

“Fans of Rainbow Rowell’s Eleanor and Park will enjoy debut author Cristina Moracho’s trip back to the 1990s in Althea and Oliver.” —CNN.com

Two’s company but three totally isn’t a crowd when it comes to narrators. Getting to read a story from more than one point of view kind of feels like mind-reading, which, let’s be real, is awesome. Read on for some of our favorite YA books told by more than one character!   The Arsonist by … Continued
See More

Everyone knows the most important member of your book club…is the book. You need one that you’ll want to talk about over and over again to EVERYONE you know. So we created a magnificent YA Book Club website with tips, exclusives, and the 8 book club suggestions that had us dialing our emergency MUST DISCUSS NOW numbers the second … Continued
See More
SEE MORE