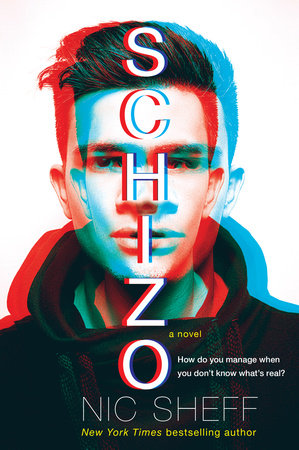 The fascinating, shocking, and ultimately quite hopeful story of one teen’s downward spiral into mental illness by the bestselling author of Tweak and son of David Sheff (author of Beautiful Boy, the memoir adapted into a movie of the same name starring Steve Carell and Timothée Chalamet).

Miles is the ultimate unreliable narrator—a teen recovering from a schizophrenic breakdown who believes he is getting better . . . when in reality he is growing worse.

Driven to the point of obsession to find his missing younger brother, Teddy, and wrapped up in a romance that may or may not be the real thing, Miles is forever chasing shadows. As Miles feels his world closing around him, he struggles to keep it open, but what you think you know about his world is actually a blur of gray, and the sharp focus of reality proves startling.

Written by Nic Sheff, son of David Sheff (author of Beautiful Boy, the memoir adapted into a movie of the same name starring Steve Carell and Timothée Chalamet), Schizo is the fascinating, and ultimately quite hopeful, story of one teen’s downward spiral into mental illness as he chases the clues to a missing brother. Perfect for fans of Thirteen Reasons Why, The Perks of Being a Wallflower, and It’s Kind of a Funny Story.

“This spare book is a well-written, but painful, read, as readers come to understand the hopelessness Miles feels about his life and his future.”—VOYA

“In his first novel, memoirist Sheff (Tweak) provides an insightful perspective on one teen’s struggle with mental illness.”—Publishers Weekly

May is Mental Health Awareness Month and we find that books can not only help us understand or sympathize, but can often help us talk about difficult topics. Here are 15 books to read this month to help start a conversation and #endthestigma.   Turtles All the Way Down by John Green Aza is trying. She is trying … Continued
See More
SEE MORE