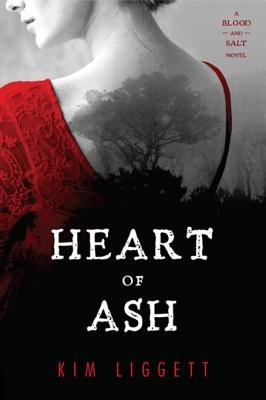 About Heart of Ash

Ash may have escaped the immortal-worshipping cult that killed her mother, but the love of her life is still under its thrall. Dane has been possessed by his diabolical ancestor Coronado, a man who’s fabulously wealthy, dripping with fame, and the leader of Europe’s most dangerous immortal network. Dane begs Ash to join him at Coronado’s castle in Spain, and swears that his blood bond with Ash is stronger than Coronado’s hold over him. Ash is desperate to help Dane vanquish Coronado without having to sacrifice herself to the darkness. But when you’re all in, blood and salt, the only way to hold on to the light might just be by setting everything on fire.

February may be the shortest month, but it doesn’t mean you can’t have the biggest stack of books! Start building your TBR, because here’s what’s coming your way this February!   2/6: Immortal Reign by Morgan Rhodes: The finale of the epic Falling Kingdoms series by Morgan Rhodes is finally here. Magnus and Cleo‘s love will … Continued
See More
SEE MORE