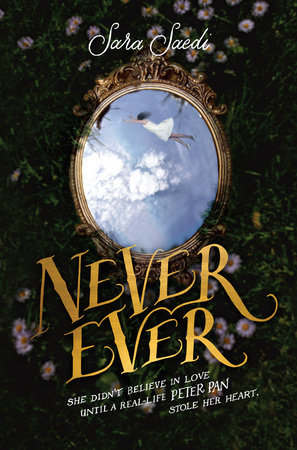 Phinn held his pint glass up for a toast, and everyone followed suit.

“Splash!” everyone echoed loudly. The Daltons smiled politely and wordlessly clinked their glasses.

“You say ‘cheers’ on the mainland. Splash is the term we use around these parts,” Phinn translated.

“Oh, got it. Splash, everyone!” Wylie replied, awkwardly lifting her glass again.

For a few minutes, no one spoke as they devoured their dinner. Wylie doused her shrimp with the green dip and took a bite. The sauce tasted like lime and avocado, and the shrimp was so fresh, she could barely stop herself from moaning in delight. She washed it down with a sip of coconut milk that tasted sweeter than the canned kind she cooked with back home.

Wylie, mouth full, swallowed her food quickly and nearly choked on it. “I turned seventeen yesterday, actually,” she answered.

“And Joshua, what about you?”

“Fifteen,” he said, and then with a glance to Tinka, “but people think I’m a lot older.”

Phinn replied, “The people in this room tonight are members of what I like to call my inner circle. They’re the people I trust most in the world.” Wylie felt her stomach flip. It shouldn’t have mattered, but she hated the idea of Tinka being that important to Phinn.

“How old are you guys?” Phinn asked the rest of the party. They answered in unison:

“And when will each of you turn eighteen?”

Again, they responded at the same time:

Wylie Dalton didn’t believe in fairy tales or love at first sight. Then she met a real-life Peter Pan.

When Wylie encounters Phinn—confident, mature, and devastatingly handsome—at a party the night before her brother goes to juvie, she can’t believe how fast she falls for him. And that’s before he shows her how to fly. Soon Wylie and her brothers find themselves whisked away to a mysterious tropical island off the coast of New York City where nobody ages beyond seventeen and life is a constant party. Wylie’s in heaven: now her brother won’t go to jail and she can escape her over-scheduled life with all its woes and responsibilities—permanently. But the deeper Wylie falls for Phinn, the more she begins to discover has been kept from her and her brothers. Somebody on the island has been lying to her, but the truth can’t stay hidden forever.

Sometimes you love a story so much you can read it again and again. But after you’ve read it five…six…seven…times, you may need to move on for a minute. We’ve rounded up some of our favorite retellings that, dare I say it, you might even like more than the original!   Piper by Jay Asher … Continued
See More

11 Books to Read If You Have Disney Fever

If you saw Beauty and the Beast on opening night, find yourself trolling the internet for the latest princess-inspired fashions, and can’t stop singing “I’ll Make a Man Out of You” from Mulan it can only mean one thing—you’ve got Disney Fever! Check out our list of books to help you cope with the affliction … Continued
See More

Some of the greatest joys in life come from blending two awesome things into one even MORE awesome thing—peanut butter and chocolate, Arnold Palmers, high-low dresses (at a certain point in fashion history….). So we shouldn’t be surprised that the same holds true for book genres! Whether you’re primarily a fan of contemporary novels or … Continued
See More

The 6 Worst Fictional Islands to Get Stuck On

Worst. Islands. Ever. The end of the summer is almost upon us, which means you’re either vacationing or dreaming of doing so. If you’re in the latter group, why not soothe your jealousy by thinking of the terrible vacation spots you’re avoiding instead? Check out our list of the worst islands you could visit below. … Continued
See More

Grab your shades, because these summer romances are hotter than the sun. Perfect for reading at the beach or by the pool, indoors or under the stars, these are the kind of stories that will stick with you for the whole summer and all the summers to follow.     Once and for All by … Continued
See More

Which Book Should You Check Out Based On Your Favorite Summer Jam?

Summer isn’t over yet, which means there’s still time to put together one last playlist chock-full of warm weather jams. We have all different suggestions for the playlist, and what’s better to accompany your tunes than the perfect summer read? Pick a song to figure out which book you should spend your weekend with.   … Continued
See More

Are you looking for a little more magic in your life? Are there not enough Disney movies or Once Upon a Time seasons to keep you satisfied? Look no further: Our little questionnaire will help you figure out exactly which books will satisfy your fairy tale cravings.   Are you feeling in touch with your bad side … Continued
See More

What if you were seventeen forever? In our favorite new Peter Pan retelling Never Ever, Wylie Dalton finds herself whisked away by a boy named Phinn to a mysterious tropical island off the coast of New York City where everyone’s stuck at seventeen and life is an ongoing party. Sounds awesome, right? We asked Never Ever author Sara Saedi … Continued
See More
SEE MORE