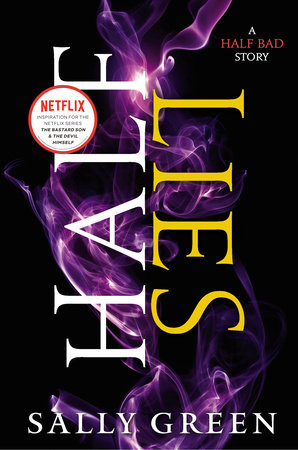 Location: UNITED STATES OF AMERICA—Land of the Free . . .

We’ve been in the USA for five days now. We came to Manatee County, Florida, two days ago and yesterday Dad found us a house to rent outside Bradenton. The house is cute in a small and old and battered sort of way, which is fine because that means it’s a house within our budget—well, if I’m honest, I have a strong suspicion that it’s still over our budget. But I like it. I don’t mind small or old or battered if it’s ours for more than the usual few weeks. We’ve not stayed in anything but cheap (and smelly and damp) hotels and motels for nearly ten months, and we’ve never stopped in the same place for more than a week or so. Dad thinks we can stop moving now—he thinks it’s safe: no one is chasing us.

Still, I was wondering if Dad would change his mind and grab our bags and set off again ten minutes after we’d got the key, but he walked into the house, opened a bottle of red wine he’d got from somewhere, sat on the back step, drank the lot, and fell asleep.

He was still asleep this morning when Gab and I went to have a look around the town. It’s a nice place, and much prettier than I was expecting. There’s an artistic community, which Mum would have loved. She was a great painter—though I have to admit Dad is even better.

We wandered around all afternoon, but one shop stood out as its window was full of pink—pink balloons, pink lamps, pink mugs, pink vases, and there was a notebook with lots of pink ribbons on the cover. I told Gab that it was ridiculous and girly, and made fun of it. Then later this evening what should I find on my bed but this notebook with the cover of pink ribbons—he knew all along that I liked it.

Gab and I went into town again this morning. Gab said he’d treat me to lunch out (not sure where he got the money from—I’m never sure where he gets the money from). We looked in the windows of a hideous café (diner? with microwave food) and a trendy café (with vegetarian food) and a whole food artists’ café (serving only whole food artists). We even tried a bar but you have to be 21 with ID to get in (Gab already has a fake ID—how did he get that?). He went in, came straight out again, and said, “Non.”

In the end we bought a few things in a small supermarket and walked home. It was nice to just be with Gab, without Dad, though we ended up talking about him, with me saying how completely useless he is.

Gab said, “He does his best, Michèle.”

I’m sure Gab’s right and I guess we’re all trying to get our heads round what’s happened. And I don’t want to think bad things about my dad, but I need him to be good and strong and the head of the family. Gab’s the strong one, though. Dad’s like a lost child. I’m not sure what I am. Lost too at times. I miss Mum.

Gab and I drove into Tampa, which is bigger than I expected, and it has all the sounds of America (loud voices, engines, and music). Gab wanted coffee and bookshops, and of course I wanted clothes and music, so I managed to persuade him that I’d be quite safe on my own for the afternoon. I found a mall, but it was horrid and depressing so I left. Gab said he’d meet me at a quiet coffee shop called the Bean Counter and I went there early and got talking to the barista guy, Sam (he had a name badge—this is America). Sam gave me a free chocolate chip cookie and told me where some of the better shops were when I complained about the mall.

Just caught Gab throwing out empty wine bottles from Dad’s “studio” (the room at the back with all the windows).

I said, “I thought he was going to paint, but all he does is drink.”

Gab shook his head, then asked, “Are you?”

Gab hugged me and dropped a bottle, which smashed on the floor. I cringed and looked at the studio door, expecting Dad to come out shouting, but he didn’t. Gab said, “He’s asleep in there.” (Where “asleep” = “unconscious.”)

I thought I might miss Mum less with time, but I sometimes think it gets worse. And I’m sure it’s the same for Dad. It might help if he would actually talk or be part of the family, but he’s in his own world. Gab says I shouldn’t blame him, says it’s not Dad’s fault that Mum’s dead, but I do blame Dad.

Gab has just returned this journal to me, saying he found it on the kitchen table. I suspect he’s been reading it. If so—KEEP OUT!!! and I LOVE YOU!!! but mainly THIS IS PRIVATE. KEEP OUT!!!

If this is a private journal then you shouldn’t leave it open in a place where I can see it.

PS Can you call me Gabriel, please? You know I hate Gab.

This is a PRIVATE JOURNAL, whether it’s open or not.

This year my New Year’s resolution was to be nice to Dad, but every time I see him it all goes horrible. Having said that, I hardly see him as he’s always in his studio. Gab is right that Dad is both painting (paint on hands and clothes) and drinking (slurred voice, breath of the devil). This morning was a classic example of how Dad and I get on.

He was standing on the back step, surveying the backyard (an overgrown grassy square), having a cigarette for breakfast. I was sitting at the kitchen table, eating my Cheerios (I make them healthy by adding banana—it’s impossible to get muesli here!). We didn’t speak. In my head I was asking him questions: “What are you doing?” “Are you going to help me take the sheets to the Laundromat?” “Have we enough money for the Laundromat?” “How much do your cigarettes cost?”

He dropped his cigarette stub and put it out under his bare foot, then walked through the kitchen to go to his studio and I blurted out, “Where did you get the money for paints and canvases?” (It has to be Gab who got them as Dad never leaves the house.)

And maybe he will—he’s a great artist—but in the meantime he has turned his son into a thief.

Set in the same magical world as Sally Green’s internationally beloved and acclaimed Half Bad series, this is the journal of Gabriel’s younger sister, Michele, a teen witch living in Florida and grappling with the recent death of her mother, the restrictions placed on her because of her magical gifts, and her love for a boy who can never be hers.