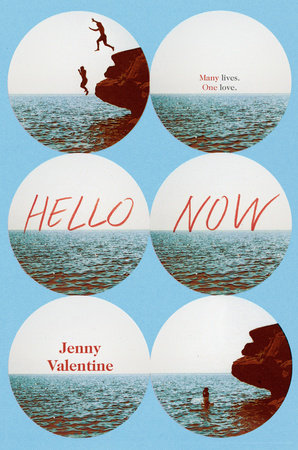 I’ve never been into love stories. Too much sugar, too much gloop, same reasons I don’t like cotton candy or fondue. Only so many sunsets and hand-holds and ever-afters I can stomach, honestly. Seven words for it in Greek. Twenty-seven in Tamil. All those subtleties and we just have this one four-letter word and expect everyone to make a religion out of it.

I’ve never been into magic either, not the made-up, miracle kind. Not when there’s the miracle of actually existing to deal with, the magic of infinitely small particles, the exact same particles, coming together to make a human being or a seashell or the earth’s atmosphere or a cup of tea or just a log. There’s magic in putting one foot in front of the other, isn’t there? There’s magic in a foot, come to think of it. It’s everywhere. Even to be here is so much.

That’s what I knew about love before, when it was still just a spectator sport for me. Here’s what I learned by osmosis. That people spend their time wishing so hard to be with someone else, they forget how to be a proper version of themselves. That we are all too ready to give up our independence, ache to hand it over gladly like it’s nothing, and make someone else responsible for our happiness, someone way less invested, way less qualified than us.

That kind of love is a selfish thing, transactional, an exalted kind of laziness, and that’s why nobody says “I love you” without wanting it said back.

But love is not a transaction. Four-letter love is a big black hole and that’s why you fall into it. The finest bubble, the best dream, where you don’t want to wake up, not for a second, not ever, because you know you have to, you know you will, and that then, nothing else will come close. It makes all the everyday miracles duller and more ordinary, just from having been there, from having gone. That kind of love and magic feel the same. I know that now, for a fact. I’m an expert on the things I used to say didn’t exist.

Other loves aren’t a difficult ask for me. I love my mother. That goes without saying, even when I don’t like her. I love London, and my old house and all the days of my childhood, all my friends. I love the sea, and walking on its edges, and the taste of salt and vinegar on a hot french fry. I love dancing in dark rooms and getting lost in a long book, and you’ve got to love laughing, everybody loves a decent joke. I love strangers and the internet and I love snow and sand and new places. I love obvious signs of loneliness, for some reason, and old people and young people and most dogs and the things we say to each other and singing and all types of fire and the underdog and a lot of movies, even bad ones, and marmalade on dry brown toast and clean sheets and ginger tea and I am really only just getting started.

Love is everywhere too.

I could fill this whole page with the things I love. I could carry on thinking of new ones without stopping, twenty-four hours a day, until I die. But all of them, standing together, armed to the teeth and in organized ranks with me leading the charge, still couldn’t have prepared me for Novo. Of having him. Of having him with me, alone, the great weight of his arm. And then not.

When I think about that, I feel the impact in my chest, the air pushed from my lungs, the clean sharp break of all the bones in my body. It hurts. It’s a violent equation, love plus loss. I don’t want that to be true. But I don’t know how else I’m supposed to put it.

Look how hard it hit me. I’m bleeding love story all over the place.

From Carnegie Medal finalist Jenny Valentine comes a bold new story about the boundlessness of love and second chances, perfect for fans of David Levithan’s Every Day.

Jude doesn’t believe in love, or magic. Life is little more than ordinary. That is, until Jude’s mother loses her job and moves them to a little town by the sea to live with Henry Lake–an eccentric old man with rooms to rent. Henry is odd, the town is dull, and worst of all, Jude feels out of place and alone.

So when Novo turns up in the house across the street, dressed all in black and looking unbearably handsome, Jude’s summer takes an immediate turn for the better. But Novo isn’t all that he seems to be–or maybe he’s more than Jude can possibly understand. Novo is pure magic–someone who can bend and stretch the bounds of time. Someone who wakes up in different places and at different points in history with utter regularity. He knows that each Now is fleeting, that each moment is only worth the energy it expends on itself, and that each experience he has will be lost to him before long.

But Jude and Novo form a bond that shifts reality for both of them. Jude begins to question what forever really means–only to find out that Novo knows that forever isn’t real. And when things go horribly wrong, Jude and Novo are faced with an impossible question that may change both of their lives irreparably–what is worth sacrificing for love?

A stunningly written, compelling exploration of the universality of love–and what it means to live in the moment–that quite literally defies both logic and time. A love story without borders that reflects the best of our modern world.

* “Babbitt’s Tuck Everlasting revisioned as a passionate YA love story, this is an exquisitely told romantic fantasy, golden yet lacerating.” —BCCB, STARRED REVIEW

March is making the rest of 2020 BLUSH with how amazing it is. Ready your shelves. Prepare your TBR. LET’S GO!   3/3: The Kingdom of Back by Marie Lu – Two siblings. Two brilliant talents. But only one Mozart. Born with a gift for music, Nannerl Mozart has just one wish–to be remembered forever. And as Nannerl’s hope of … Continued
See More

Spring! Birds are chirping, new life is in the air and NEW BOOKS ARE IN THE WORLD! And Spring 2020 is packed full of amazing reads. But first, you just have to see these covers that are so #bookstagramgoals you’ll be counting down the days until you can get them on your shelf! IT’S THE … Continued
See More
SEE MORE