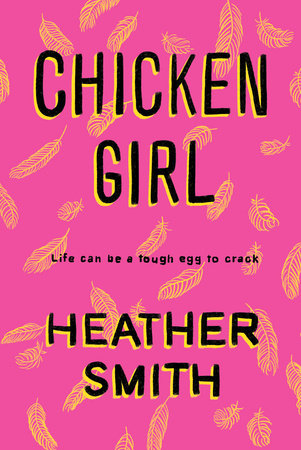 I had one leg in the feathery yellow costume my boss called a uniform when Cam stomped into my room like a runway model on crack and thrust his chest out at the end of my bed.
“Pops? Be honest. Do I have”—he paused for effect—“moobs?”
It was a running gag, our use of word blends. He was obviously trying to one-up me after I’d used automagically earlier that day.
“Nice try,” I said. “But if it doesn’t fit organically into a conversation it doesn’t count.”
He looked down at his torso. “If you must know, the development of man boobs are a genuine concern of mine.”
I gave his naturally athletic body a once-over. “Pfssh. Yeah, right.”
I stepped into the other leg of my costume. “Now, if you’ll excuse me. I’m running late and don’t have time for this meaningless”—I paused for effect—“nonversation.”
He groaned in defeat. “Damn you, Poppy.”
I was almost out the door when he said, “Pops?”
I turned around. “Yeah?”
“I love seeing you happy.”
And just like that, the smile fell from my face.
“What’s wrong, Pops?”
My sweet Cam. Didn’t he know? Happiness was only temporary.
I put on my head. “I’m fine. I’m late, that’s all.”
It was true.
I only had ten minutes before I had to be curbside holding a sign: Hot and spicy chicken wings, $8.99 a dozen.

I walked down Churchill Street identifying each house as I passed: Plan 47-17, Plan 47-28, Plan 47-6. I’d been obsessed with wartime houses ever since I’d found the blueprints in the basement when I was ten. Each design was outlined in an affordable housing pamphlet for returning vets. Discovering that I lived in a home built during the war sent my imagination soaring. I became obsessed not only with wartime housing but with the whole era. It made me feel a longing, for what I didn’t know. Simpler times, maybe. I figured everyone was happier in the forties.
I followed the railway tracks into the downtown core. If I kept walking I’d reach the nicer part of downtown and eventually my school, but I stopped smack-dab in the middle of Elgin Street, where the surroundings were rundown and shabby. One building stood out though: Chen Chicken. Its white fairy lights twinkled all year round and the crisp white storefront looked warm and inviting.
I snuck in the back door and grabbed my sign. I was ten minutes late. With any luck Mr. Chen would think I had been there all along.
I walked up and down Elgin doing my usual moves—the hop, the skip, the jump. The sweat rolled off me. It wasn’t the best summer job in the world but it was nice to be someone else for a change. Even if that someone was a bird.

Everybody has a story that will break your heart; a poignant coming-of-age YA for fans of David Arnold, from the author of the acclaimed The Agony of Bun O’Keefe, a Kirkus Best of the Year selection.

Poppy used to be an optimist. But after a photo of her dressed as Rosie the Riveter is mocked online, she’s having trouble seeing the good in the world. As a result, Poppy trades her beloved vintage clothes for a feathered chicken costume and accepts a job as an anonymous sign waver outside a restaurant. There, Poppy meets six-year-old girl Miracle, who helps Poppy see beyond her own pain, opening her eyes to the people around her: Cam, her twin brother, who is adjusting to life as an openly gay teen; Buck, a charming photographer with a cute British accent and a not-so-cute mean-streak; and Lewis a teen caring for an ailing parent, while struggling to reach the final stages of his gender transition. As the summer unfolds, Poppy stops glorifying the past and starts focusing on the present. But just as she comes to terms with the fact that there is good and bad in everyone, she is tested by a deep betrayal.