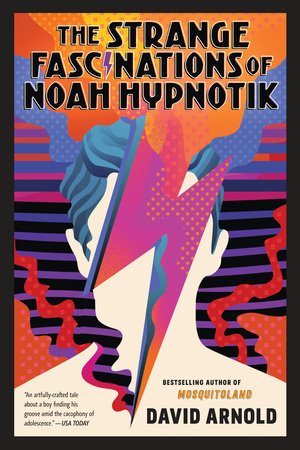 I’ll hold my breath and tell you what I mean: I first discov­ered the Fading Girl two months and two days ago, soon after summer began dripping its smugly sunny smile all over the place. I was with Alan, per usual. We had fallen down the YouTube rabbit hole, which was a thing we did from time to time. Generally speaking, I hate YouTube, mostly because Alan is all, I just have to show you this one thing, yo, but in­evitably one thing becomes seventeen things, and before I know it, I’m watching a sea otter operate a vending machine, thinking, Where the fuck did I go wrong? And look: I am not immune to the allure of the sea otter, but at a certain point a guy has to wonder about all the life decisions he’s made that have landed him on a couch, watching a glorified weasel press H9 for a bag of SunChips.

Quiet, and a little sad, but in a real way, drifting through the Rosa-Haas pool—I fucking love it here.

I would live here.

For the sake of precision: the Fading Girl video is a rapid time-lapse compilation of photographs clocking in at just over twelve minutes. It’s entitled One Face, Forty Years: An Examination of the Aging Process, and underneath it a cap­tion reads: “Daily self-portraits from 1977 to 2015. I got tired.” (I love that last part, as if the Fading Girl felt the need to explain why she hadn’t quite made it the full forty years.) In the beginning, she’s probably in her early twenties, with blonde hair, long and shimmery, and bright eyes like a sun­rise through a waterfall. At about the halfway mark the room changes, which I can only assume means she moved, but in the background, her possessions remain the same: a framed watercolor of mountains, a porcelain Chewbacca figurine, and elephants everywhere. Statues, posters, T-shirts—the Fading Girl had an elephant obsession, safe to say. She’s al­ways indoors, always alone, and—other than the move, and a variety of haircuts—she looks the same in every photo: no smile, staring straight into the camera, every day for forty years.

Always the same, until: changes.

Okay, I have to breathe now.

I love this moment: breaking the surface, inhale, wet hair in the hot sun.

The moment would be better alone, to be honest.

I love this moment even more: dipping beneath the sur­face. Something about being underwater allows me to feel at a higher capacity—the silence and weightlessness, I think.

It’s my favorite thing about swimming.

Every day for forty years.

I’ve watched the video hundreds of times now: at night before bed, in the morning before school, in the library dur­ing lunch, on my phone during class, in my head during the in-betweens, I hum the Fading Girl like a song over and over again, and every time it ends I swear I’ll never watch it again. But like the saddest human boomerang, I always come back.

Twelve minutes of staring at your screen and watching a person die. It’s not violent. It’s not immoral or shameful; nothing is done to her that isn’t done to all of us, in turn. It’s called An Examination of the Aging Process, but I call bullshit. That girl isn’t aging; she’s fading. And I can’t look away.

There it is, the inevitable shoulder tap.

Time to join the land of the breathing.

About The Strange Fascinations of Noah Hypnotik

“As he did in his fantastic debut Mosquitoland, David Arnold again shows a knack for getting into the mind of an eccentric teenager in clever, poignant fashion.” —USA Today

Then Noah → gets hypnotized.

Now Noah → sees changes: his mother has a scar on her face that wasn’t there before; his old dog, who once walked with a limp, is suddenly lithe; his best friend, a lifelong DC Comics disciple, now rotates in the Marvel universe. Subtle behaviors, bits of history, plans for the future—everything in Noah’s world has been rewritten. Everything except his Strange Fascinations . . .

A stunning surrealist portrait, The Strange Fascinations of Noah Hypnotik is a story about all the ways we hurt our friends without knowing it, and all the ways they stick around to save us.

You may want to take at these a–may-zing May reads!   5/7: How It Feels to Float by Helena Fox – Biz knows how to float. But after what happens on the beach–first in the ocean, and then in the sand–the tethers that hold Biz steady come undone. Dad disappears and, with him, all comfort. It might be easier, better, … Continued
See More

Listen to the THE STRANGE FASCINATIONS OF NOAH HYPNOTIK Official Playlist

The Strange Fascinations of Noah Hypnotik by David Arnold (whom you may know from his books Mosquitoland and Kids of Appetite) hit shelves today, and we could not be more excited. To celebrate, we collaborated with David to make an epic playlist (with more than a little Bowie, so we’d be sure to do right … Continued
See More

Spring is upon us, which means one very important thing: it’s music festival season! If you’re feeling the end of Coachella even harder this year (#Beychella and that Destiny’s Child reunion, anyone?) or can’t wait for Governors Ball or Bonnaroo, we have a list of the perfect reads to tide you over until your next … Continued
See More

If you’ve read David Arnold’s books before, you might know that he creates music with his band Cinema Cycle, to accompany them! If you didn’t know, you’re in for a real treat. His new book, The Strange Fascinations of Noah Hypnotik, is no exception, and we are here to reveal the first song off of his … Continued
See More

7 Things Readers Taught Us about David Arnold and his Novels

In preparation of David Arnold’s third novel, The Strange Fascinations of Noah Hypnotik (available 5.22.18), we turned to the interwebs to see how readers respond to his books! Read on for some posts we love about Mosquitoland, Kids of Appetite, andThe Strange Fascinations of Noah Hypnotik.     1) David Arnold is an “auto buy” … Continued
See More

Listen, we get you. Graduating is HARD! You’ve spent so many years on a path that was decided for you before you could talk, and now all of a sudden there are too many options on what to do next (or sometimes not enough). Do you go to college or graduate school? Get a job? … Continued
See More

May officially kicks off summer for us here at Penguin Teen HQ, and we have a TON of great books coming your way. From epic fantasy to surrealist literary fiction, we truly have something for everyone this May. Read on for what to look out for!   5/1: The Smoke Thieves by Sally Green: Unforgivable betrayals, … Continued
See More
SEE MORE