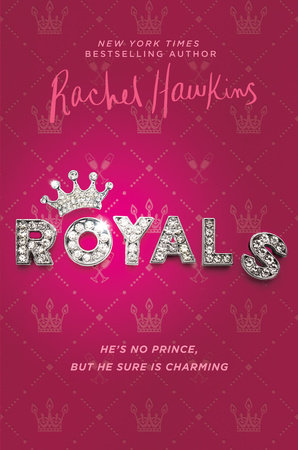 Ever since Prince Alexander of Scotland was spotted with the blond American beauty, we’ve been nuts for all things Ellie! But do you know everything about this maybe-princess-to-be? We bet at least a few of these will surprise you!
• Eleanor Winters may have the same la-di-da accent as her boyfriend, but she was born in Florida to British parents!
• Clearly a love of the spotlight runs in the family since Ellie’s dad was once a musician and her mom writes mystery novels set in Ellie’s very own cozy small town.
• Born on September 9, our Ellie is a Virgo (no jokes about how princes only marry virgins)!
• Valedictorian, National Merit Scholar, and captain of her local swim team, Ellie has clearly been overachieving since forever! Hmmmm, not seeing any crowns on that list, though. But why be a prom queen when you can be a REAL queen!
• Ellie attended the très exclusive University of the Isles in her boyfriend’s home country—one day to be his kingdom— where she studied English literature!
• Her favorite color is blue, as you can probably see from some of the killer outfits she’s worn!
• For the past year, Ellie has been working for a small press located in Edinburgh, editing children’s books about Scottish history. Maybe brushing up on some lessons for herself?
• A vegetarian since the age of twelve, Ellie has Prince Alexander—a longtime outdoorsman—giving up some of his old hobbies, like fly-fishing and hunting! (Something that has made her not too popular with certain members of his circle, we hear!)
• While “Eleanor Winters” is definitely a fancy—dare we say regal?—name, Ellie’s middle name is the decidedly less posh “Berry”! Apparently it’s a family joke!
• Or maybe plant life is just really popular in the Winters household—Ellie has a seventeen-year-old sister named Daisy!

Meet Daisy Winters. She’s an offbeat sixteen-year-old Floridian with mermaid-red hair; a part time job at a bootleg Walmart, and a perfect older sister who’s nearly engaged to the Crown Prince of Scotland. Daisy has no desire to live in the spotlight, but relentless tabloid attention forces her join Ellie at the relative seclusion of the castle across the pond.

While the dashing young Miles has been appointed to teach Daisy the ropes of being regal, the prince’s roguish younger brother kicks up scandal wherever he goes, and tries his best to take Daisy along for the ride. The crown–and the intriguing Miles–might be trying to make Daisy into a lady . . . but Daisy may just rewrite the royal rulebook to suit herself.

With the success of recent YA adaptation like Love, Simon, To All The Boys I’ve Loved Before, The Darkest Minds, and The Hate U Give – we gotta ask the question: why is Hollywood sleeping on these amazing books that are SCREAMING for adaptation?!   Anna and the French Kiss by Stephanie Perkins Ever since To All the Boys … Continued
See More

Let’s face it: we all love a dashing love interest swaggering into our current read. It’s one of the many (many) wonderful things about YA we can always count on, and you better bet we’ve got plenty coming your way in 2019. via GIPHY But some of the best romances are the ones we … Continued
See More

In case you haven’t heard, Netflix just dropped the trailer for the adaptation of Julie Murphy’s beloved, contemporary YA novel, Dumplin’!   So now the internet is getting all: I AM READY — (@faeszn) November 14, 2018 and Jennifer Aniston + Dove Cameron? I will stay up until this movie is released — rosé (@rosaisela028) November 14, … Continued
See More

Nobody ever said love was easy. But that doesn’t mean it’s not ever worth it. These books highlight all the ups and downs of falling in love and what it means and how much it can change you.   I Have Lost My Way by Gayle Forman Nothing expresses love is hard better than I Have … Continued
See More

The royal news is DROPPING today and no, this time we don’t mean Harry and Meghan – we mean Rachel Hawkins ADORED Royals series. Earlier today Entertainment Weekly revealed the cover and an excerpt of Her Royal Highness and we are IN LOVE. Go read the read the excerpt and prepare to laugh-swoon! Lwoon? Swaugh? … Continued
See More

March is nearly upon us already and with it…NEW MARCH RELEASES!   3/5 Lovely War by Julie Berry A sweeping, multi-layered romance with a divine twist, by the Printz Honor-winning author of The Passion of Dolssa, set in the perilous days of World Wars I and II.   3/5 Chrysalis by Brendan Reichs The stunning finale of … Continued
See More