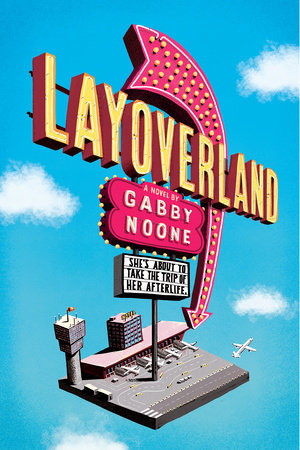 “A cheeky take on the afterlife brimming with sass, angst, and heart.” –Christine Riccio, New York Times bestselling author of Again, but Better.

At least, that’s what she believes. Her last day on Earth, she ruined the life of the person she loves most–her little sister, Emmy. So when Bea awakens from a fatal car accident to find herself on an airplane headed who knows where, she’s confused, to say the least.

Once on the ground, Bea receives some truly harrowing news: she’s in purgatory. If she ever wants to catch a flight to heaven, she’ll have to help five thousand souls figure out what’s keeping them from moving on.

But one of Bea’s first assignments is Caleb, the boy who caused her accident, and the last person Bea would ever want to send to the pearly gates. And as much as Bea would love to see Caleb suffer for dooming her to a seemingly endless future of eating bad airport food and listening to other people’s problems, she can’t help but notice that he’s kind of cute, and sort of sweet, and that maybe, despite her best efforts, she’s totally falling for him.

From debut author Gabby Noone comes a darkly hilarious and heartfelt twist on the afterlife about finding second chances, first loves, and new friendships in the most unlikely places.

Hello and WELCOME to the 2020 YA preview! We’re talking all early info on upcoming 2020 books we cannot WAIT to read and all the amazing books out so far this year!   All the Days Past, All the Days to Come by Mildred D. Taylor – January 7, 2020 The saga of the Logan family–made … Continued
See More

2020 is dropping some INCREDIBLE reads. And incredible reads deserve incredible covers. So, we’re sharing some of our favs! Scroll down for some serious book cover eye candy.   The Conference of the Birds by Ransom Riggs. There Ransom Riggs goes again. Baffling us all with his ability to find the absolute best vintage photos … Continued
See More

Happy #FridayReads! This week we’re reading Layoverland by Gabby Noone, a story about purgatory. Except it’s an airport and it’s romantic and hilarious. Scroll down to read the excerpt! PROLOGUE You know the kind of crying where you’re crying over one thing and then you think about a slightly less upsetting but still definitely upsetting thing and it makes … Continued
See More

Congrats! It’s a Leap Year and that means you have been granted a whole extra day of February to read to your heart’s content. Yes, yes, we know it can be confusing when the calendar changes on you like this, so here are some twisty timeline books we recommend for it!   As Many Nows … Continued
See More
SEE MORE