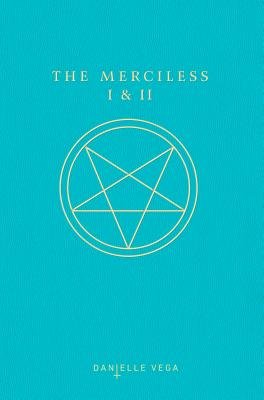 About The Merciless I & II

Sofia Flores should have known better.

In The Merciless, Sofia found herself friendless and lonely in a new school. She jumped at the chance to join pretty, popular Riley’s clique of good girls. They told her they needed Sofia’s help. Their former friend Brooklyn was going down a dark path and it was up to them to save her.

What happened that night changed Sofia. After, she was plagued by visions of blood and chains. Brooklyn’s screams. Her own narrow escape.

Sofia hoped for a fresh start and in The Merciless II, she got her wish. When her mother died, Sofia was sent to St. Mary’s, a Catholic boarding school where she planned to put her past behind her.

A new love named Jude looked like her chance at redemption. But when Sofia opened up to him about her past, Jude became convinced that they should find a way to save her soul…

The first two books in the Merciless series will have you up all night, wondering: Is there evil in all of us?

Because everyone needs something to balance out all the cat memes and obscure Instagram ads for sunblock, we’ve compiled a list of authors on Instagram to bring an extra dose of #writinglife to your feed.   Jenn Marie Thorne You may know Jenn for her lovable contemporary tales The Wrong Side of Right and The Inside of Out. But … Continued
See More

9 Books to Give You the Summer Scaries

Looking for a way to beat the heat? You’re in luck–there are a lot of books that will send a chill down your spine on even the hottest of nights this summer. From monsters to ghosts to serial killers (and even some ghostly serial killers), there’s a book for everyone seeking thrills. Check out this … Continued
See More

Every Book Going on Sale in June 2017

It’s official: summer is here (yes, yes, we know it’s actually not until the 21st but bear with us here). We’ve got our white pants out, our sunglasses on, and our summer reading list started. Here’s everything coming out in June that you need to bring on your next beach trip!   6/6: Once and … Continued
See More

The Cover for Danielle Vega’s THE MERCILESS IV: LAST RITES is Here and it’s Giving Us All the Witchy Vibes

The Merciless series by Danielle Vega has been scaring us senseless since 2014, and we are SO excited to have one last Merciless novel to grace our bookshelves in Summer 2018. The Merciless IV: Last Rites, the fourth book in the scream-worthy cult series combines Stephen King-level terror with true crime stories like the Amanda Knox case. … Continued
See More

Wait…it’s July already?! We feel you on that. Luckily, with July comes long days spent with reading: at the beach, in the car, at the park…wherever your books take you! Read on for our July releases that are sure to keep you busy all month long!   July 4: Debutantes and Daggers by Rachel Hawkins: … Continued
See More

Can you survive these wicked reads? From ghosts to straight up monsters, eerie settings to exorcisms, there’s a plethora of books to read to get you in the Halloween spirit. Read on to find out which one is perfect for you, whether you’re a scared-y cat or a horror expert! And don’t forget to enter for your … Continued
See More

Remember learning about foreshadowing in high school English? Sometimes all it takes is one sentence to set the tone for an entire story. We rounded up 11 books with utterly chills-inducing and powerful first lines that grab you on the very first page and don’t let go for the entire rest of the story. Snuggle up safe and sound … Continued
See More
SEE MORE