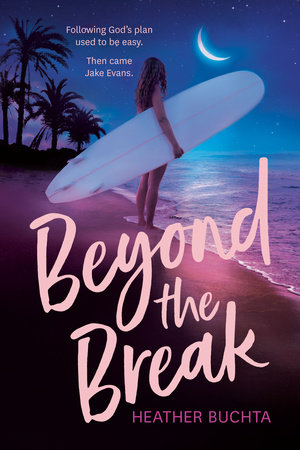 The first time a guy felt me up was in the big church prayer room.

All the parents of youth--group kids thought church lock--ins were a fantastic “outreach.” So many sign--ups from non--church kids for a night of innocent fun playing sardines and capture the flag, with the gospel message given! Even if “Jesus died for you” was thrown into the five minutes between Oreo--eating contests and discussions about which church Justin Bieber attends, seeds were planted!

It must be from the Lord.

Well, it wasn’t, unless the Lord was the one fanning the flame of rumors about the endless possibilities at lock--ins. Dark rooms. Dark hallways. Lots of games requiring dark rooms and hallways.

I was in ninth grade, and this was my first lock--in with our high--school youth group. I had just graduated from junior--high youth group and was nervous, but I had my two best friends Kelly and Lydia, so it was okay. We were playing sardines, where one person hides in the church building with the lights off, and then the masses are released to find that person. After finding the “hider,” you hide with him or her until there’s one dogpile of quiet, giggly teenagers waiting for that last scared--poopless soul wandering in the dark after watching everyone disappear.

Please don’t let me be the last one, I prayed to Jesus. Oh, and thank you for the cross. I always felt guilty asking God for something without at least thanking him, too. Lydia, who was Catholic and didn’t go to my church except for lock--ins, had sashayed off with some tenth--grade guy named Max, so I was hand in hand with Kelly. “My goodness, don’t leave me, Lovette,” Kelly begged, but then released my hand and turned a corner into the main sanctuary. When I turned the corner, she was nowhere.

“Oh God—-I mean, gosh.” I squinted at the shadowed pews. “Kelly!” I whisper--yelled. Nothing. I felt my way, back pressed against the wall, searching for a glimmer of movement. A few outlines crept across the balcony, everyone searching for Tim.

Tim Rainsforth was a junior and a leader on our worship team, SQUAD, so he’d nominated himself to hide first. I’d never find him. He spent, like, six days a week here and for sure knew every inch of this place.

My hand bumped against the doorknob to the prayer room. I’d been here once before, when I asked God for help with my pimples and making the volleyball team, and thanked Him for dogs and the weather. Inside, I couldn’t make out much, but I knew the space was tiny: just a rug, a couch, some pillows to kneel on, and a card table draped with a cloth. On one wall were curtains and a cross. On the opposite wall was a Bible verse: “And we know that all things work together for good to those who love God. Romans 8:28.”

Something brushed my leg, and I jumped. My foot landed on a pillow, and I toppled to the ground. An arm wrapped around my stomach and pulled me in.

We were under the card table, and the cloth draped to the ground, so until our group became bigger than four, this hiding place was killer.

“Shh,” he repeated, but I could tell he was grinning, proud. Someone opened the door, and I held my breath. The person was feeling the walls like a blind person reading braille. He or she tapped the top of our card table. I could feel Tim wrapped around me, a leg on each side, and I suddenly forgot about the game. Was this allowed? Sorry, Jesus, sorry, Jesus, sorry, Jesus. My heart thumped loud enough to give us away. Sweating this much had to mean sin. I started to move, but Tim held me firmly. I swear he was more still than a statue. He was so good at this! Tim was always somehow on the winning Ultimate Frisbee or capture the flag team. He also picked the teams. The shadow--person moved the pillows and left the room.

Okay, it’s just legs wrapped around you. It’s just a body. He’s just trying to win. I repeated these lines like a memorized Bible verse. As guilty as I felt, I liked his legs around me. I scrunched my eyes shut. God heard that. Were legs around me considered going too far? How far was too far?

We heard another noise outside the door—-someone tripped on a hymnal, probably—-followed by a thump and laughter. Tim responded by clutching me tighter, but his hand accidentally cupped my bra, and I sucked in my breath like someone had walked into the room again. Oh God, oh God, oh God and not gosh because I really meant God. My eyes started to adjust, and I could see his purity ring pressed against my bra. I know I should’ve felt giddy or whatever people feel when hot guys do this, but it was so shocking, I could only gape.

Oh God, does this mean I don’t like guys? I mean, gosh.

Tim was really good--looking and popular, but this was really weird. He had never held my hand, but now he was holding my boob. I was no relationship expert, but I thought we were skipping some steps in this whole “courting” thing. Didn’t he just give a talk on this? Through the crack in the tablecloth, I knew the cross was peeking back. Jesus was glaring at me for sure. There’s no way He’d let me make the volleyball team now.

He looked down at what he was holding, and his eyes went wide. “Sorry,” he whispered. “I didn’t—-I swear I didn’t realize—-you kept moving and—-shit.” He let go like my breast was on fire. “What’s your name?” he stuttered.

Something near the small of my back pressed against me. His hand? Oh no, wait. Ew. I leaped forward, knocking my head on the table. Two people entered the room.

“I heard that,” one whispered. I was too busy rubbing my head to tuck myself back under the table.

They scrambled over and kicked into me.

“Way to kill my hiding place,” Tim grumbled. I could see the outline of his mini Bible sticking out of his pocket. My face flooded with embarrassment. How inexperienced did someone have to be to get a Bible confused with an erection?

Anyway, that was two years ago. Tim wasn’t a jerk afterward, either, or weird. Or anything, really. He was always nice to me, and sometimes I wonder if he even knew it was me. We couldn’t fully see each other in the dark, and if I’m honest, back then, my boob could have doubled for a flat stomach. Anyway, that’s the most I’ve ever done with a guy by a long shot, and I’m proud of it. After all, I’m in eleventh grade and live in Los Angeles! I’m like a walking miracle.

Tim goes to community college now, and sometimes I see him in big church, but mostly on holidays with his parents. I hear he still plays guitar but more for gigs, and he wears a puka--shell necklace like a lot of the surfers do, except he doesn’t surf. Or maybe he does, and that’s where he lost his purity ring. It’s not on his finger anymore.

About Beyond the Break

For fans of Sarah Dessen and Jenny Han, Beyond the Break is a funny and gorgeous debut about a girl experiencing her first love. Well, second, if you count her faith… and that’s where things may get complicated.

Manhattan Beach native Lovette has two rules in life. One: no surfing. Not after her brother’s accident. Two: absolutely, no dating. And going into her junior year of high school, she’s pretty happy with that arrangement. She has friends, her church youth group, and God to fall back on when things get dicey. But after Jake Evans walks into her life, following these two simple rules gets a lot more complicated.

Jake is the boy from Lovette’s childhood who grew up. Handsome and sweet, he unlocks the part of Lovette that wants nothing more than to surf the waves again. And as their relationship grows, she begins to question what it means to be faithful: to her family, to God, but mostly, to herself.

Told with humor and heart, Heather Buchta delivers a sparkling debut that asks the question: Can you fall in love, be a teenager, and also be a good Christian?

2020 is dropping some INCREDIBLE reads. And incredible reads deserve incredible covers. So, we’re sharing some of our favs! Scroll down for some serious book cover eye candy.   The Conference of the Birds by Ransom Riggs. There Ransom Riggs goes again. Baffling us all with his ability to find the absolute best vintage photos … Continued
See More

It’s COVER REVEAL TIME! We’re revealing the cover of Heather Buchta’s Beyond the Break, a funny and gorgeous debut about a girl experiencing her first love. Well, second, if you count her faith… and that’s where things may get complicated. Scroll down to see the cover AND read an excerpt below!   Chapter One The first time … Continued
See More
SEE MORE