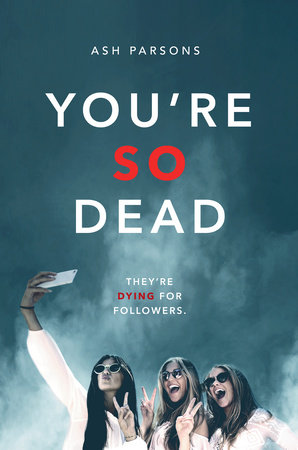 On the island of Little Esau, the final day of Pyre Festival . . .


Plum Winter never expected it to end this way. “It” being both her life and Pyre Festival.

The festival was supposed to end with a celebrity-packed booze cruise.

As for her life’s end, Plum didn’t like to think about it, but when she did, she always imagined being a really old lady who died peacefully in her sleep.

But here she was at the end of it all, and there were absolutely no boats, booze, or beds.

Instead, Plum had to decide which of two extremely unattractive deaths she would rather have.

There was death by jumping off the cliff at her back, or death by stabby-stabby.

Stabbing, that was actually the word, though her brain was slow in supplying it. Plum blamed the cliff at her back and the demented killer standing about twenty feet away.

So, this was it. The end. Which way would she choose?

Maybe Plum could save someone, or several someones, on her way to her own death? If she could—well, that had to count for something, right? Maybe it would be enough to get her into the
really good party in the afterlife. Get her through those exclusive pearly gates.

Plum could feel the wind sweeping up from the cliff at her back, almost like nature was trying to remind her of the sheer drop to the rocks and ocean far below.

In front of her, the killer slashed the knife in terrifying arcs.

This was where all her schemes had led her.

With no one to witness her last—some would say only—act of courage.

As if on cue, the black-and-white billy goat munching on the bush to Plum’s right let out an annoyed-sounding bleat.

No doubt the billy goat was annoyed at the humans trampling his favorite grazing patch.

“Yeah, buddy,” Plum breathed, taking a tiny step back, feeling the wind from the cliff edge grabbing at her hair, snatching it up. “You and me both,” she muttered.

There was nowhere else to go. She had to do something.

Maybe she could take the killer with her.

The killer smiled, rushing at her with the knife outstretched.

So. This was how it was all going to end.

Plum Winter desperately hoped there would be a heaven for clueless kids who just wanted to have a good time.

About You’re So Dead

A hilarious Agatha Christie-inspired YA thriller-comedy about three best friends who sneak into an influencers-only festival event (gone wrong), only to discover a killer is in their midst–and they have to uncover the truth and solve the mystery before it’s too late. Perfect for fans of One of Us Is Lying and Truly Devious.

Plum Winter has always come in second to her sister, the unbelievably cool, famous influencer Peach Winter. And when Peach is invited to an all-expenses-paid trip to a luxurious art-and-music festival for influencers on a private island in the Caribbean, Plum decides it’s finally her time to shine. So she intercepts the invite–and asks her two best friends, Sofia and Marlowe, to come along to the fest with her. It’ll be a spring break they’ll never forget.

But when Plum and her friends get to the island, it’s not anything like it seemed in the invite. The island is run-down, creepy, and there doesn’t even seem to be a festival–it’s just seven other quasi-celebrities and influencers, and none of the glitz and glamour she expected. Then people start to die…

Plum and her friends soon realize that someone has lured each of them to the “festival” to kill them. Someone has a vendetta against every person on the island–and no one is supposed to leave alive. So, together, Plum, Sofia, and Marlowe will do whatever it takes to unravel the mystery of the killer, and fight to save themselves and as many influencers as they can, before it’s too late.

It’s time to drop some COVERS! Today, we are revealing not one, not two, but SIX new 2021 book covers. We may have even snatched an excerpt for each of these new reads for you to get an early taste of each one–so get that TBR ready! New books will be added here as they are revealed, so … Continued
See More
SEE MORE