Do you sing Hamilton in the shower? Wicked in your car? Geeking out to Six the Musical on a regular basis? Here are the musical theater books for you.

The Alex and Eliza Trilogy by Melissa de la Cruz

Hey Hamilton lovers, this one is for you. The Alex and Eliza Trilogy is the love story of Alexander Hamilton and Elizabeth Schuyler reimagined by the brilliant Melissa de la Cruz, and we can guarantee it’s just what your Hamilton-obsessed heart needs.

If you can’t stop singing Waving Through a Window and can’t wait for the upcoming film adaptation, you’ll probably find yourself humming through the soundtrack while flipping through these pages.

Based on the musical and written by the creator of Alice by Heart! A young girl takes refuge in a London Tube station during WWII and confronts grief, loss, and first love with the help of her favorite book, Alice in Wonderland. This beautiful novel is told by five friends chasing their dreams at a performing arts school. Each of the characters, Joy, Diego, Ethan, Liv, and Dave, will change you in their owns ways as they look back at an unexpected event that upended everything.

Minor step away from musical theatre, but for a VERY good reason. The Kingdom of Back is the untold story of Nannerl Mozart, bringing pieces like Queen of the Night (yes, THAT queen of the night) to life in a whole new way. If you love music, make sure you don’t sleep on this one.

Hold Me Closer by David Levithan 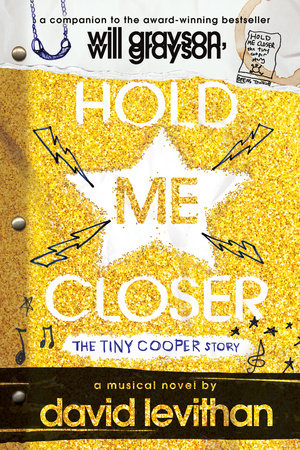 From his fabulous birth and childhood to his quest for true love and infamous parade of ex-boyfriends, this musical is the story of Tiny Cooper’s life – and it’s the perfect melody of honesty, humor, and heart.

The Prom by Saundra Mitchell

If you loved the uplifting hit musical The Prom, make sure you have this one on your TBR! When word gets out that Emma plans to bring a girl as her date, it stirs a community-wide uproar that spirals out of control. Now, the PTA, led by Alyssa’s mother, is threatening to cancel the prom altogether when an unlikely group comes together and realize that love is always worth fighting for.

Fatal Throne: The Wives of Henry VIII Tell All

Perfect for anyone playing the Six soundtrack on repeat who wants to discover more about the six wives of Henry VIII! This is an edge-of-your-seat reimagining of the romance and tragedy that defined them.

If you love Hadestown you will love the banter between the Greek Gods in this sweeping love story set in World War II. 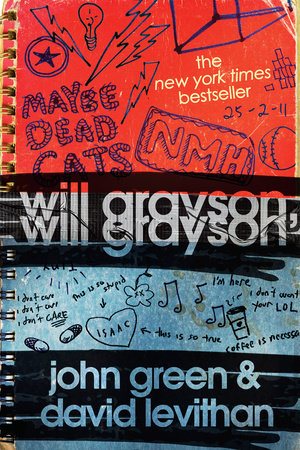 Hold Me Closer originated in the story of Tiny Cooper’s best friend Will Grayson’s transformative year culminating in the epic production of history’s most fabulous high school musical.

The Fourth Wish by Lindsay Ribar 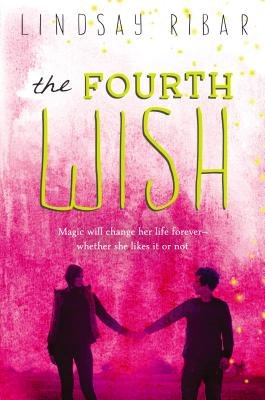 Everything Margo took for granted––graduating from high school, going to college, her part in Sweeney Todd this year, is called into question when she finds out that she’s a genie. Can you imagine??

Always Never Yours by Emily Wibberley and Austin Siegemund-Broka

Okay, this one isn’t exactly musical theatre, but who doesn’t love Romeo and Juliet? After all her exes seem find their one true love right after dating her, Megan refuses to waste time feeling sorry for herself. Instead, she focuses on pursuing her next fling, directing theater, and fulfilling her dream school’s acting requirement in the smallest role possible. But her plans quickly crumble when she’s cast as none other than Juliet–yes, that Juliet–in her high school’s production.

If you adore the Beauty and the Beast musical, you’ll love this gender-flipped retelling!

A steamy YA romance inspired by Gaston Leroux’s classic The Phantom of the Opera. Prepare your heart, Phantom Fandom!

Looking for more recommendations? Check out these 9 books that will destroy your heart!

8 YA books about hidden family secrets

We love a read that unfolds into revelation after revelation. And these 8 YA books about hidden family secrets are perfect for anyone who loves a good twist!   The Noh Family by Grace K. Shim This sparkling K-drama inspired debut novel introduces irrepressibly charming teen Chloe Chang, who is reunited with her deceased father’s … Continued
See More

If you’re looking to escape real life for a bit for some fictional thrills, these high stakes books have everything you need, from royals to reanimated sisters to assassins! Scroll down for 16 high stakes thrillers that are sure to keep you guessing.   League of Liars by Astrid Scholte Four teens. Illegal magic. The … Continued
See More

Excerpt Alert: AND WE RISE by Erica Martin

And We Rise by Erica Martin is a powerful, impactful, eye-opening journey that explores through the Civil Rights Movement in 1950s-1960s America in spare and evocative verse, with historical photos interspersed throughout. In stunning verse and vivid use of white space, Erica Martin’s debut poetry collection walks readers through the Civil Rights Movement—from the well-documented events that … Continued
See More

May is Mental Health Awareness Month and we find that books can not only help us understand or sympathize, but can often help us talk about difficult topics. Here are 15 books to add to your reading list and help start a conversation.   All My Rage by Sabaa Tahir From one of today’s most cherished and bestselling … Continued
See More

Relive some of your favorite fairytales and legends with these 7 magical YA retellings!   About the book: Eighteen-year-old Xifeng is beautiful. The stars say she is destined for greatness, that she is meant to be Empress of Feng Lu. But only if she embraces the darkness within her. Growing up as a peasant in … Continued
See More

From award-winning icons to highly-anticipated debuts, here are some of the Black authors you should be reading!   Akata Woman by Nnedi Okorafor From award-winning author Nnedi Okorafor, the electrifying third book in the series that started with Akata Witch, named one of Time magazine’s “100 Best Fantasy Books of All Time” and “100 Best YA Books of All Time”! From … Continued
See More

Books for the gamers in your life

If you are equal parts reader and gamer, here are four recommendations for your shelf that are the best of both worlds!   Right Where I Left You by Julian Winters From gaming, to conventions, to overall geekiness, Right Where I Left You is guaranteed to make your heart so happy.   Warcross by Marie Lu … Continued
See More

Excerpt Alert: ALL MY RAGE by Sabaa Tahir

Excerpt alert! From #1 New York Times bestselling author Sabaa Tahir comes a brilliant, unforgettable, and heart-wrenching contemporary novel about family and forgiveness, love and loss, in a sweeping story that crosses generations and continents. Scroll down to begin reading the first three chapters of All My Rage. chapter 1 Misbah June, then Lahore, Pakistan The clouds over … Continued
See More

THAT. ENDING. THO. ^Love this feeling? Us too. Here are 6 reads that will totally boggle your mind!   Remember Me Gone by Stacy Stokes Lucy Miller’s family has the unique ability to remove people’s painful memories…but what happens when Lucy sees something she wasn’t supposed to? This twisty read will leave your head SPINNING. … Continued
See More

Calling all poetry lovers! Read a sneak peek of RESPECT THE MIC