It's been one year since Edie's mother died. But her ghost has never left.

According to her GG, it's tradition that the dead of the Mitchell family linger with the living. It's just as much a part of a Mitchell's life as brewing healing remedies or talking to plants. But Edie, whose pain over losing her mother is still fresh, has no interest in her family's legacy as local "witches."

When her mother's teenage journal tumbles into her life, her family's mystical inheritance becomes once and for all too hard to ignore. It takes Edie on a scavenger hunt to find objects that once belonged to her mother, each one imbued with a different memory. Every time she touches one of these talismans, it whisks her to another entry inside the journal--where she watches her teenage mom mourn, love, and hope just as Edie herself is now doing.

But as Edie discovers, there's a dark secret behind her family's practice that she's unwittingly released. She'll have to embrace--and master--the magic she's always rejected...before it consumes her.

Tinged with a sweet romance with the spellbinding Rhia, who works at the local occult shop, Edie in Between delivers all the cozy magic a budding young witch finding her way in the world needs.
Praise for Edie in Between:

"This sweet, yet empowering YA novel is a lovely homage to family heritage and collective memory."—BuzzFeed

"An engaging offering with a light paranormal touch."—Kirkus Reviews

"With atmospheric writing, two lush romances and a painfully nuanced depiction of grief, Laura Sibson’s Edie in Between is the Practical Magic-esque coming of age story that every witchlover needs in their lives!"—The Nerd Daily


Raves for The Art of Breaking Things:

"The next time you think you know all about the school slut, the druggie, the vandal--think again. People are more complex than their reputations, and nowhere is that more apparent than in Laura Sibson's powerful novel about female empowerment."
—Leila Sales, author of This Song Will Save Your Life

"The Art of Breaking Things is a precious and daring work; an ode to the healing powers of the creative spirit. Skye breaks your heart just before she mends it back together. From the beginning, readers will believe in Skye because of how deeply and empathetically Sibson depicts Skye's artistic vision and genuine, searching soul."
—Cordelia Jensen, author of Skyscraping and The Way the Light Bends

"This book is a battle cry for the silent, scared, and shattered places inside us. Unflinching and lionhearted, this powerful novel is going to change lives and heal hearts."
—Heather Demetrios, author of Bad Romance

"Sibson has created a flawed and likable narrator who attempts to work through cause and effect, shame and secrecy, avoidance and obligation. With layered nuance, the novel brings to light the impact of sexual assault and the importance of consent.... Triumphant."—Kirkus Reviews

On Saturday morning, I find Tess outside the diner, our meeting spot. In the afternoons, the diner is packed with people coming off the river or the bike trails, ready to inhale giant cheeseburgers and crab cakes. But in the morning, it’s mostly old people. And us.

“Today’s workout is a pyramid where we’ll incrementally build up speed and then go back down. Make sense?”

“Good morning to you, too, Speedy Edie.” Today Tess wears a T-shirt that says i’m like 104% tired.

“You know that’s mathematically impossible,” I say, pointing to the shirt.

“That’s why I wore it. To bug you.” She smiles sweetly.

I pull my hair back into a ponytail. “Is Jorge working today?” I gesture with my chin toward the diner.

Tess shakes her head. “But we’re doing something next week.”

Tess laughs. “We’ll see. If he tries to pull my hair like he did in third grade, he’d better watch it.”

“Yeah, you’ll have to tell everyone that he has cooties.”

“That is always my go-to insult,” Tess says. “How did you know?”

We run our intervals and I’m glad Tess doesn’t seem to notice that I’m dragging today. The terrifying experience at the cabin two days ago drained my energy. We get through the workout and run an easy pace back to Main Street.

“Hey, I have a question,” I say. “You said your family has lived here forever?”

“Oh, yeah. You should hear my grandpa go on about it. He can tell you the history of most of these places.”

Tess gestures down Main Street at the coffee shop with its window boxes overflowing with gardenias and impatiens, Al’s Seafood with its rockfish on ice, and all the rest of the shops along this street.

We come to a stop in front of the diner.

“You’re wondering about your family’s place?”

“Well, there have been accounts or urban legends or whatever you want to call them of peculiar things happening around there. I remember one story where a guy trespassed up there with his dog. He said that they got a few yards from the cabin and the dog wouldn’t move any closer. Just kept barking and barking. And there are other stories of people—like our age or even in college—who dared each other to sleep over in the cabin. One story goes that when they tried to get in the house, one guy was thrown like fifty feet backward. Nobody I know has ever even walked up the driveway. What happened when you went there?”

I blow out a big exhale. “I can’t even explain it. There were these shadows and it was cold. Something’s definitely not right, and I can’t talk to GG because she told me not to go back there.”

“The girl who I ran away from the other night?” I shake my head. “Hard pass. Not in a hurry to embarrass myself again. I’ve got to go. Text later?”

“She could be really helpful!” Tess calls after me as I jog toward the marina.

Tess’s words about the cabin follow me back to the boat. While the guy getting thrown fifty feet sounds like typical exaggeration, the generally abnormal occurrences definitely track with what happened to me when I was there. While washing my hands, I notice that those faint black lines that appeared on my palm when I held that rock have not gone away. In fact, I think they might have grown, which definitely makes me nervous.

I take my time changing out of my running clothes because I need to ask GG about these lines on my palm, which means I’ll also need to admit to returning to the cabin. Based on how she reacted back in the perpetual woods, I need to brace myself for a less-than-warm response.

GG sets aside the herbs she’s working on to take a look. But her usual calm demeanor disappears. “When did this start?”

“I just noticed it the other day. I thought it would go away, but I think the lines are growing.”

GG presses on the spot and I feel a sudden and intense chill. Darkness begins to cloud around my vision. I snatch my arm back.

“Edie, it’s very important that you tell me the truth. Where have you been?”

I look at the floor when I say, “I went back to the cabin.”

“You did what?” GG’s tone bristles with disbelief that I disobeyed her. I sense a surge of magic from my grandmother, but just as quickly, she composes herself. I can only dream of having such control.

“You knew I wanted to go there. I read about it in Mom’s journal, whichyou gave me. I thought if I saw where she spent summers that maybe it would help me with missing her so much. And you wouldn’t talk to me about it. So I went on my own.”

“Is that where you’d been yesterday when you arrived here so upset?”

I nod. I don’t mention the strange rock. A little at a time seems like the best approach. “I used Mom’s unlocking spell,” I say.

“Oh my gods and goddesses, Edie, you’ve no idea what you’ve done.” She presses a hand to her mouth and paces. The canisters on the kitchen counter tremble in response to a flare of her magic.

“I didn’t do anything wrong! I went to a cabin that belongs to our family.”

“You weren’t to go there. You’ve messed with magic that you don’t understand.”

GG whirls on me, eyes blazing. “But you should have. You are a seventeen-year-old witch who should have learned her craft by now.”

Her words sting as though she slapped me. “I wasn’t ready. Mom understood.”

GG shakes her head. “Being ready is a luxury we cannot afford, Edie. Your mother indulged you and now you’re in danger because of it.”

“What are you talking about?”

I stare at my palm and the tiny lines that seem to be etched there. “Infected? By what?”

GG’s sigh is as deep as the ocean. “Corrupted magic.”

GG falls heavily into a chair. She looks at me. For as long as I can remember my grandmother has been strong, competent, no-nonsense. Except for now. Because now she looks helpless. And that scares me more than any shadow could. 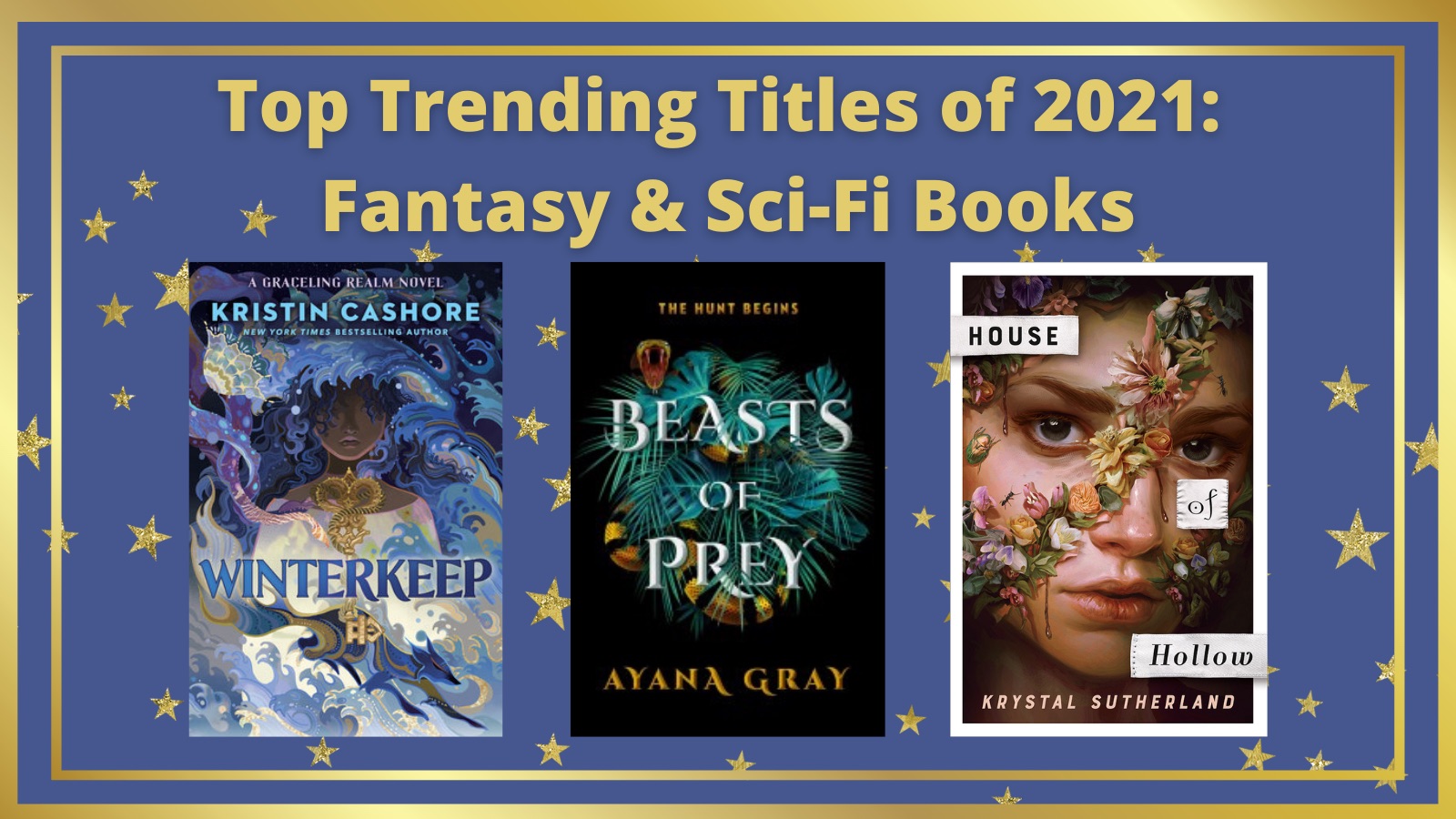 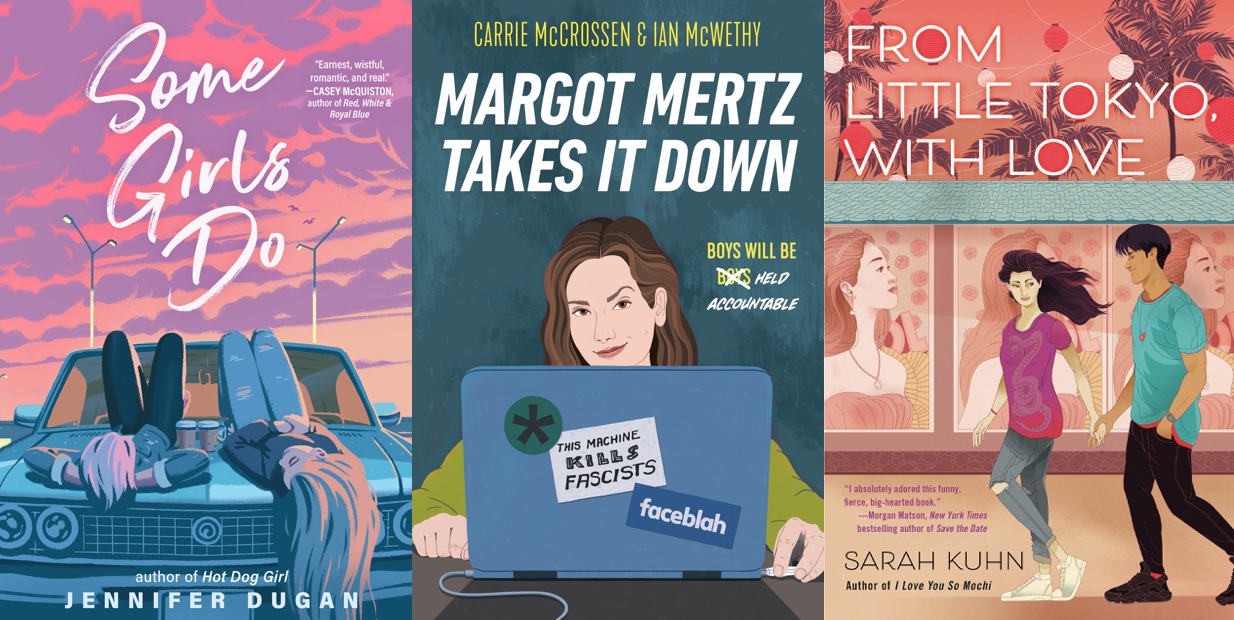 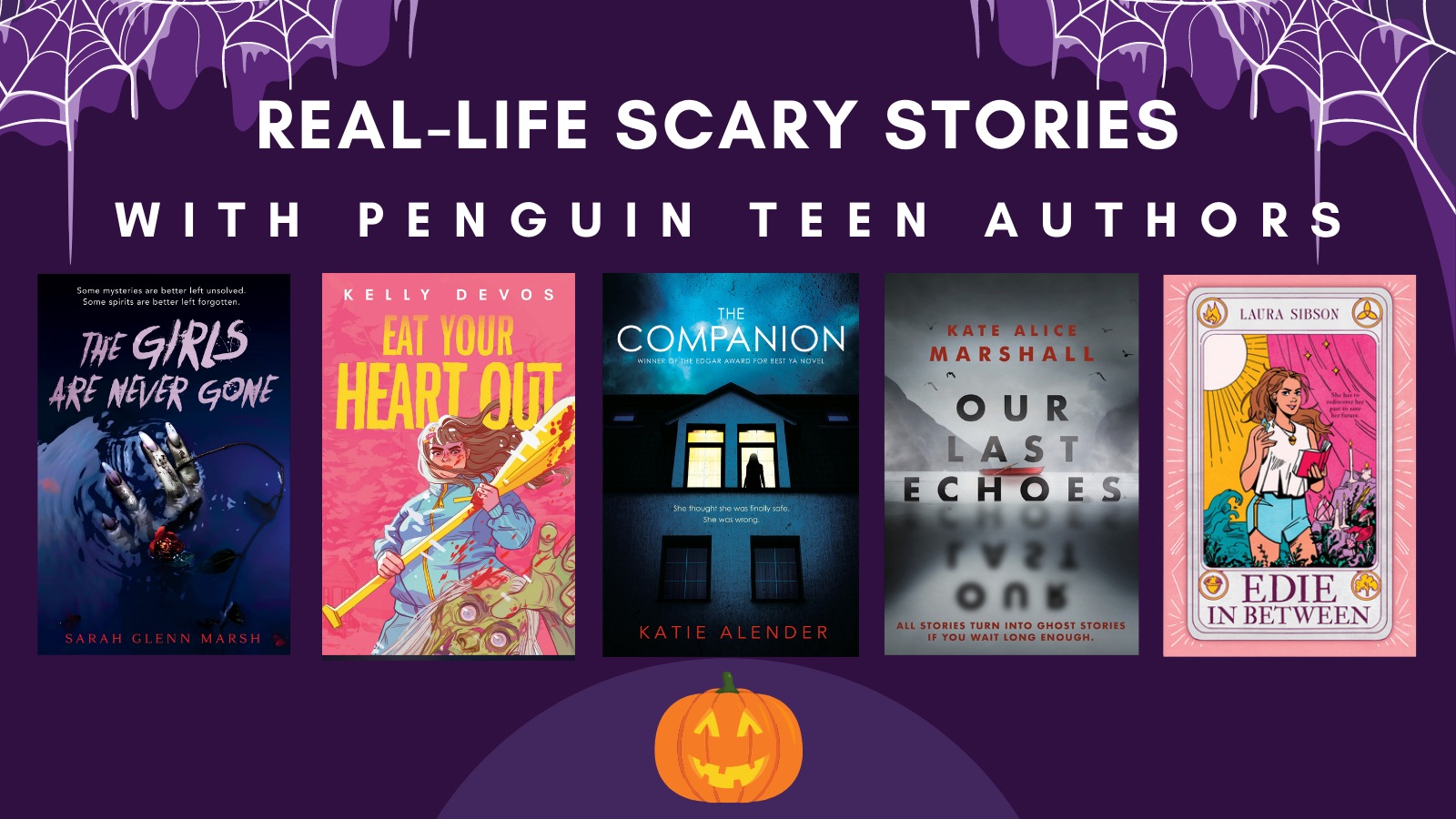 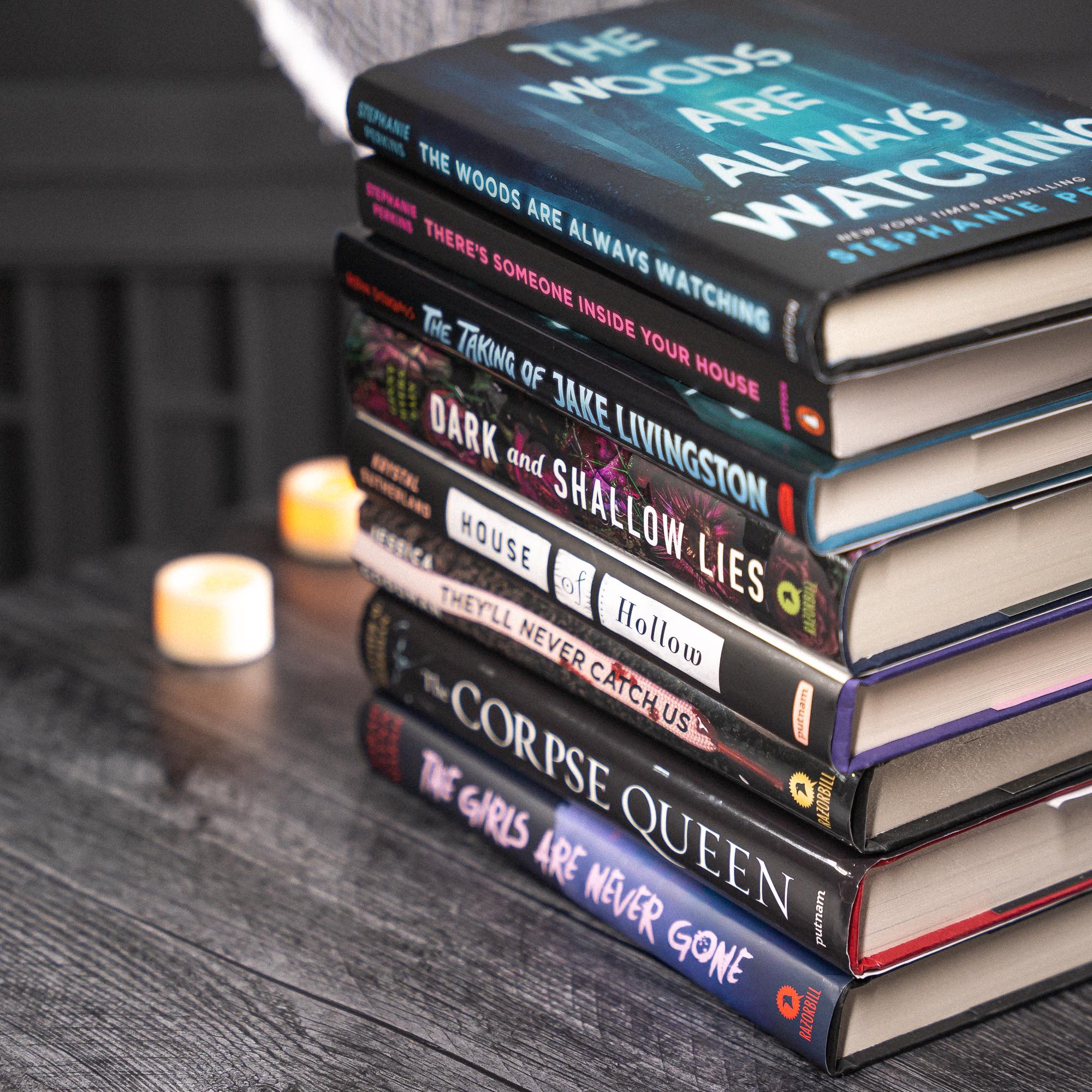 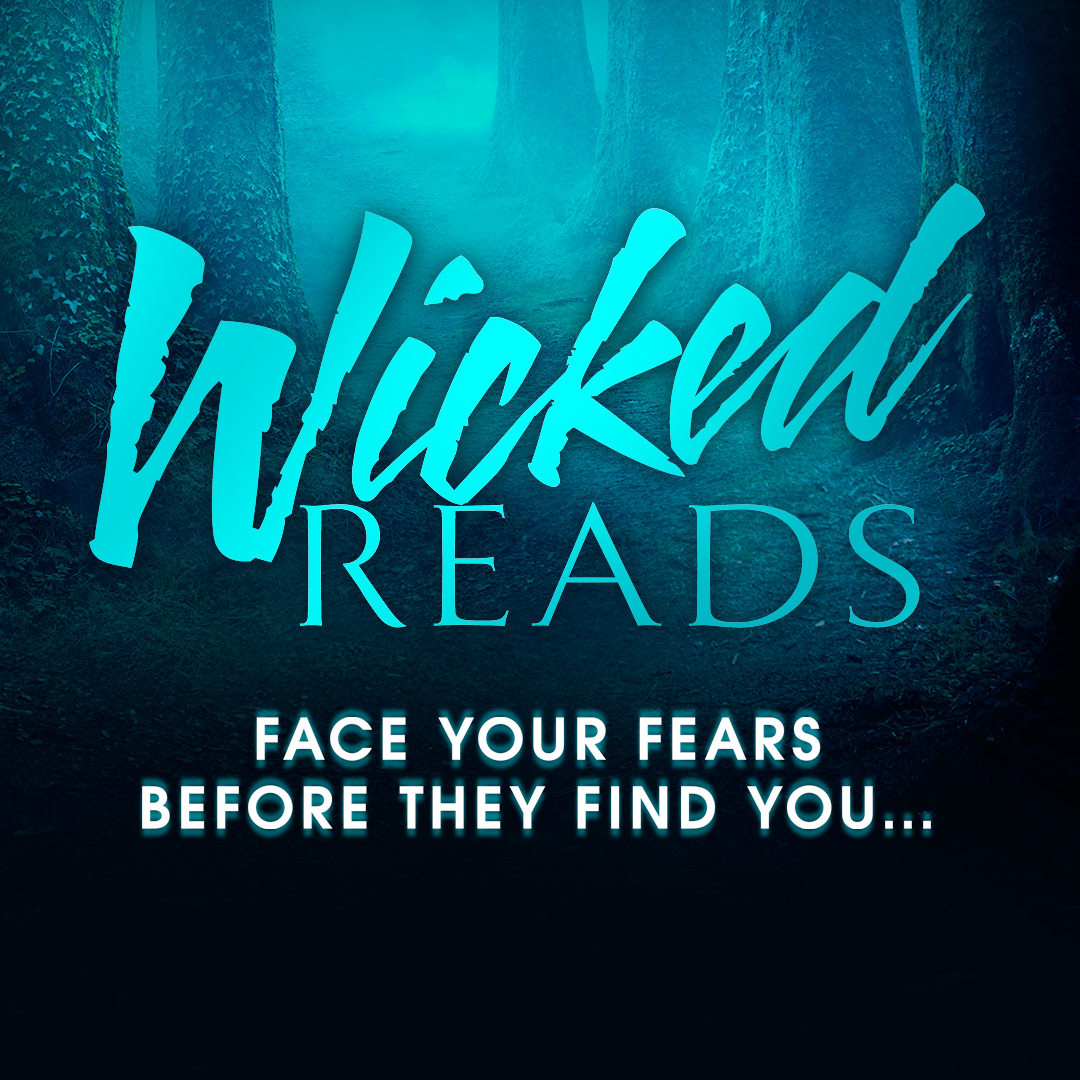 Halloween Books: Use the Scare-O-Meter to Find Your Perfect Scary Read!
Penguin Teen