Seventeen-year-old Lily Hu can't remember exactly when the feeling took root—that desire to look, to move closer, to touch. Whenever it started growing, it definitely bloomed the moment she and Kathleen Miller walked under the flashing neon sign of a lesbian bar called the Telegraph Club. Suddenly everything seemed possible.

But America in 1954 is not a safe place for two girls to fall in love, especially not in Chinatown. Red-Scare paranoia threatens everyone, including Chinese Americans like Lily. With deportation looming over her father—despite his hard-won citizenship—Lily and Kath risk everything to let their love see the light of day.

"Lo's writing, restrained yet luscious, shimmers with the thrills of youthful desire. A lovely, memorable novel about listening to the whispers of a wayward heart and claiming a place in the world."—Sarah Waters, international bestselling and award winning author of Tipping the Velvet and The Night Watch

"Exquisite and heart-shattering, Last Night at the Telegraph Club made me ache with wishing. This book is for anyone who has ever loved—in any sense of the word."—Emily X.R. Pan, New York Times bestselling author of The Astonishing Color of After

"Lily is my favorite kind of heroine: observant, loving, and startlingly brave. Malinda Lo is my favorite kind of writer, one who can bring a scene to life with exquisite detail and nuance. Last Night at the Telegraph Club is a triumph. It is the queer novel I wish I had read as a teenager, and feel lucky to have read now."—Marie Rutkoski, New York Times bestselling author of The Winner's Trilogy

"Oh, what a wonderful novel this is! For all who ever dared to want more, much more, from life—a beautifully sensitive love story, with telling historic detail."—Susan Elia MacNeal, New York Times bestselling author of the Edgar-nominated Maggie Hope series

"Malinda Lo's Last Night at the Telegraph Club is an instant classic, the finest LGBTQIA+ romance I've read in ages. Lo has lovingly re-created 1950s San Francisco and made me feel as though I'd lived there, and her depiction of first love felt so real that I experienced it in long-since-forgotten corners of my own heart."—Bill Konigsberg, award-winning author of The Music of What Happens and The Bridge

"Malinda Lo's Last Night at the Telegraph Club is a beautifully observed story about finding love and fighting for one's identity against tremendous odds. In bringing a fascinating chapter of history to vivid life, this novel illuminates a path to the future through a careful understanding of our past. It's vivid, emotional, and hopeful. I loved it."—Abdi Nazemian, author of Stonewall Honor Book Like a Love Story

“A sweeping and romantic page-turner, the heart of this rich and ambitious historical novel is a love story that thrums with passion and self-discovery.”—Laura Ruby, two-time National Book Award Finalist and Printz Award-winning author of Bone Gap

"An absolute masterpiece."—Randy Ribay, author of Patron Saints of Nothing, a National Book Award finalist

"Malinda Lo turns her masterful talent toward an under-covered period of San Francisco history. Last Night at the Telegraph Club is by turns gut-wrenching, utterly compelling, and deeply tender. I loved Lily fiercely, and you will too." —Rebecca Kim Wells, author of Shatter the Sky

"Lo has really outdone herself here. I don't think I can overstate how refreshing it is to read queer historical fiction that is so complex, nuanced, and tender. It's my opinion that this book will quickly become a new touchstone of the genre of queer literature. What an accomplishment."—Sarah Gailey, award-winning author of Magic for Liars and Upright Women Wanted

“The writing is so atmospheric and detailed that I am convinced I have lived in San Francisco in the 1950s. It’s a passionate, smoldering romance that perfectly captures the feelings of falling in love for the first time.”—Christina Soontornvat, New York Times bestselling author and Newbery Honoree

"A beautiful representation of Chinese American culture and what it means to be a queer person of color. If I can get you to buy ONE book this year, let it be this one."—Selene from @moongirlreads_

"A novel for anyone who has ever dared to wonder 'what if?'"—Lisa Yee for NPR

"Malinda Lo was, for so many of us who write and read books about queer girlhood, the first introduction to seeing ourselves on the page. Her latest book continues that legacy with this startlingly beautiful historical coming-of-age.”—Leah Johnson for Reese's Book Club

"Beautifully done."—The Today Show "What to... Read" selection by Jason Mott, bestselling author of Hell of a Book.

"The Price of Salt meets Saving Face in this gripping historical thriller from the celebrated author of Ash.... Last Night at the Telegraph Club is proof of Lo's skill at creating darkly romantic tales of love in the face of danger."—O, The Oprah Magazine

"Lo taps into the evocative San Francisco of yesteryear while deftly navigating McCarthyism, ethnicity, sexuality, and the 'Lavender Scare' in this striking novel that holds some unnerving contemporary parallels."—Toledo Blade

"A journey of self-discovery that's as necessary as it is dangerous."—PopSugar.com

"A gripping novel where historical fiction meets romance, Last Night at the Telegraph Club is a whirlwind read set in San Francisco’s Chinatown during the Red Scare. Immersive and creative, Lo gets wrapped up in her fictitious world of adventure and adrenaline and follows Lily Hu as she seeks out the woman she loves."—Gay Times

★ “Finally, the intersectional, lesbian, historical teen novel so many readers have been waiting for.”—Kirkus, starred review

★ "Last Night at the Telegraph Club is a work of historical fiction that’s as meticulously researched as it is full of raw, authentic emotion.... Shout it from the highest hills: This is a beautiful, brave story, and Lily is a heroine that readers will love.”—BookPage, starred review

The first time Lily had gone to Thrifty had been sometime last year. She had ducked in to buy a box of Kotex, because she hadn’t wanted to get them at the pharmacy in Chinatown, where she’d risk running into people she knew. Thrifty was just outside the neighborhood, so her friends didn’t usually go there. She had soon discovered that Thrifty had another advantage over the Chinatown pharmacy: it had a very good selection of paperback novels. There were several rotating racks of them in a sheltered alcove beyond the sanitary napkin aisle. One was full of thrillers with lurid covers depicting scantily clad women in the embrace of swarthy men. Lily normally bypassed that rack but today she paused, drawn in byThe Castle of Blood, on which the blonde’s red gown seemed about to slip off her substantial bosom, nipples straining against the thin fabric.

The book rack alcove was normally deserted, but even so, Lily spun the rack self-­consciously, retreating behind it so that she was hidden from view. The women on these book covers seemed to have a lot of trouble keeping their clothes on. The men loomed behind them or clutched them in muscular arms, bending the women’s bodies backward so that their breasts pointed up.

There was something disturbing about the illustrations—­and it wasn’t the leering men. It was the women’s pliant bodies, their bare legs and lush breasts, mouths like shiny red candies. One of the books had two women on the cover, a blonde and a brunette. The blonde wore a pink negligee and knelt on the ground, eyes cast down demurely while the shapely brunette lurked behind her. The title wasStrange Season, and the tagline read, “She couldn’t escape the unnatural desires of her heart.”

An electric thrill went through Lily. She glanced around the edge of the book rack, sharply conscious that she was still in public, but although she could hear the ringing of the cash register at the front of the store, she didn’t see anyone approaching her corner. She went back to the book, opening it carefully so that she didn’t crease the spine, and began to read. The book was about two women in New York City: a young and inexperienced blonde, Patrice; and an older brunette, Maxine. When Patrice was jilted by her boyfriend in public, Maxine took pity on her and helped her get home. Thus began their somewhat confusing relationship, which veered from Maxine setting up Patrice with new men, to strangely suggestive conversations between the two women.

About halfway through the book, things took a turn. Patrice arrived unexpectedly at Maxine’s Fifth Avenue penthouse, distraught after a bad date, and Maxine began to comfort her.

“Why do I want to kiss you?” Patrice whispered as Maxine stroked her long blond hair.

Maxine’s fingers jerked, but then she resumed the rhythmic petting. “I don’t know, Patty, why do you?”

Patrice twisted around on the couch, rising to her knees. “Max, I’d rather be here with you than on any date!”

Lily turned the page, her heart racing, and she could barely believe what she read next.

Maxine pushed Patrice back against the velvet cushions, lowering her mouth to the girl’s creamy skin. “You’re like me, Patrice. Stop fighting the possibility.” Patrice whimpered as Maxine pressed her lips to her neck.

“Max, what are you doing?” Patrice gasped. “This is shameful.”

“You know what I’m doing,” Maxine whispered. She unbuttoned Patrice’s blouse and slid the fabric over Patrice’s shoulder, stroking her breasts. Patrice let out a sigh of pure pleasure.

Maxine obeyed, and the sensation of Patrice’s mouth against hers was a delight far beyond shame.

Lily heard the creak of wheels rolling in her direction, and she quickly peeked around the book rack, her skin flushed. A clerk was pushing a metal cart stacked with boxes of Kleenex past the shelves of Modess and Kotex. She hurriedly closed the book and stuffed it into the rack behind the novelFramed in Guilt. She sidled over to the next rack—­science fiction—­and pretended to peruse the books.

Her position enabled her to keep an eye on the clerk, who was restocking the shelves at the end of the aisle. She itched to return toStrange Season, but she didn’t dare read it while the clerk was so nearby—­and she could never, ever buy it. The clerk was moving so slowly she felt as if she might jump out of her skin.Usually the science fiction rack was her favorite, but today her eyes skipped over the cover illustrations of planets and rocket ships without registering them. She couldn’t stop imagining Patrice and Maxine on that couch together. She wanted to know—­sheneeded to know—­what happened next, but as the minutes ticked past, she realized she wouldn’t find out today. She had to go get Frankie from school. She cast one last look at the rack that heldStrange Season, and left. 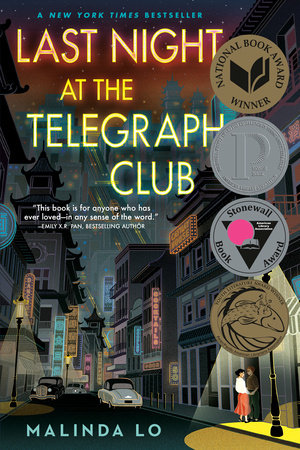 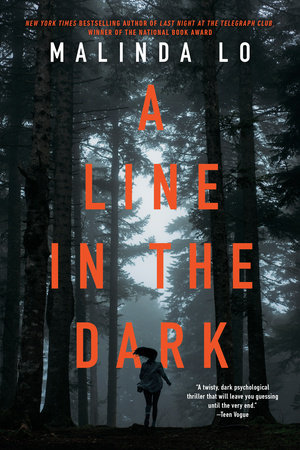 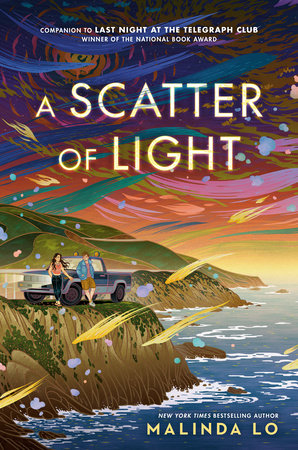 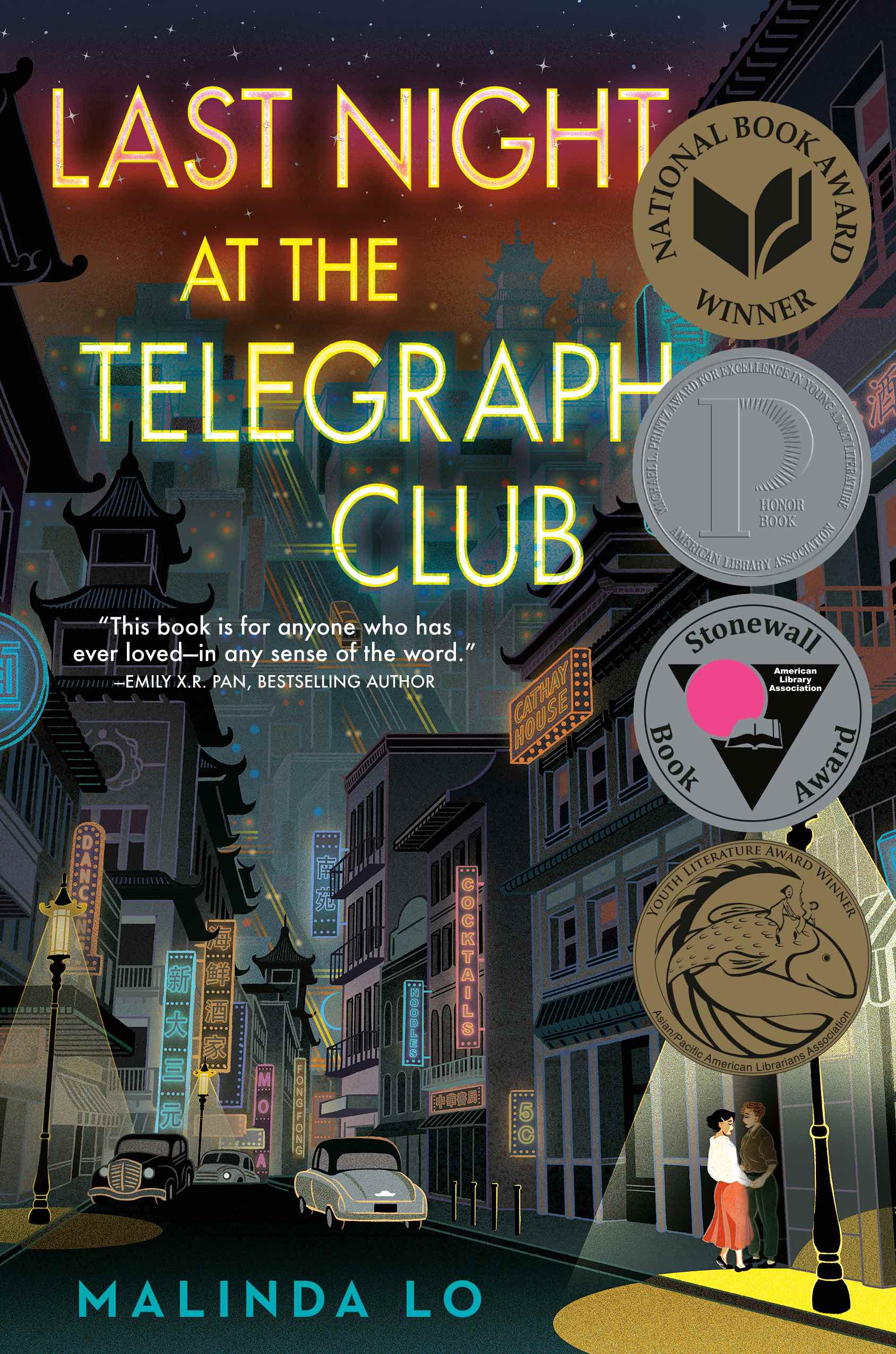 Cover Reveal: A SCATTER OF LIGHT by Malinda Lo 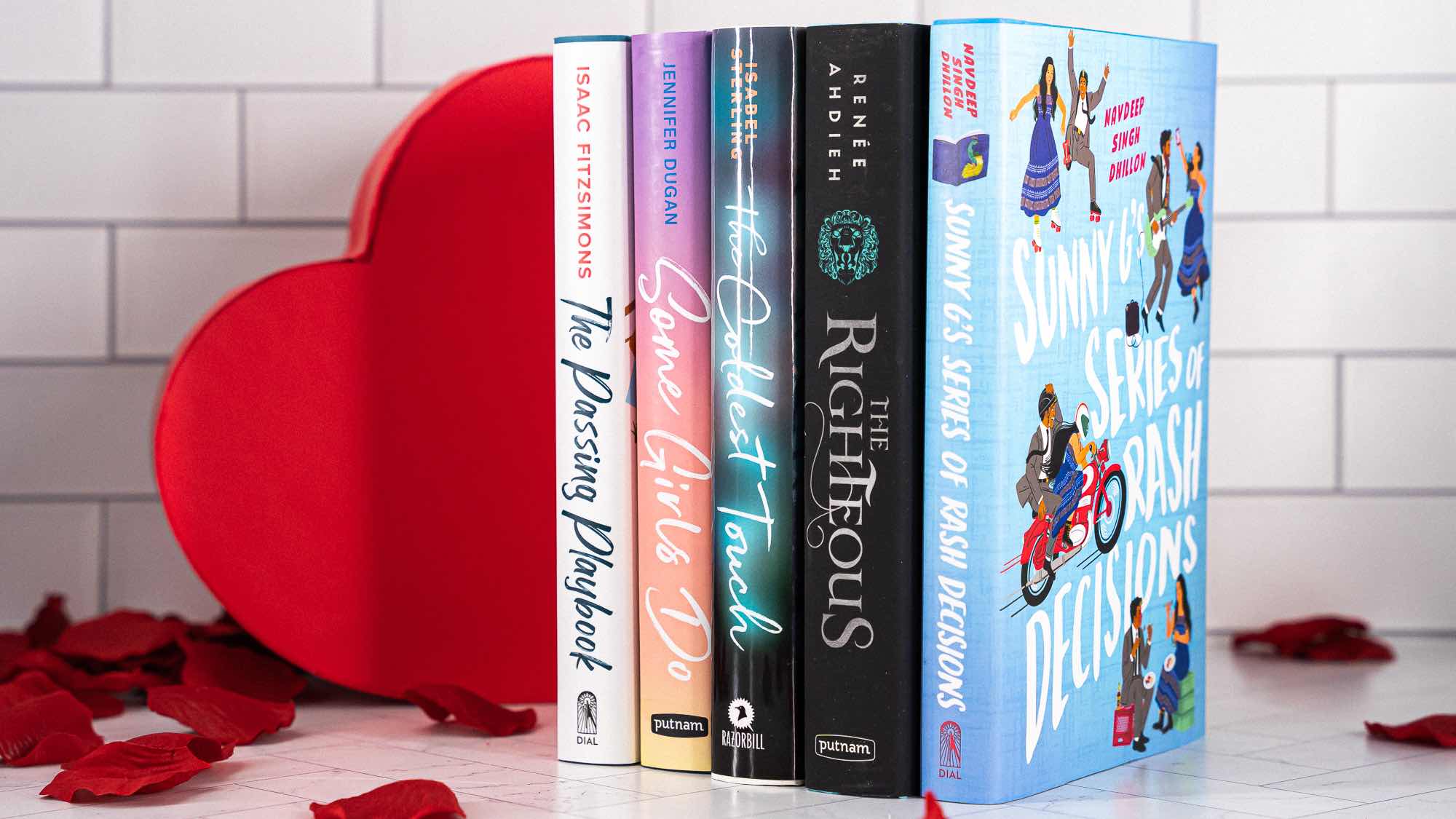 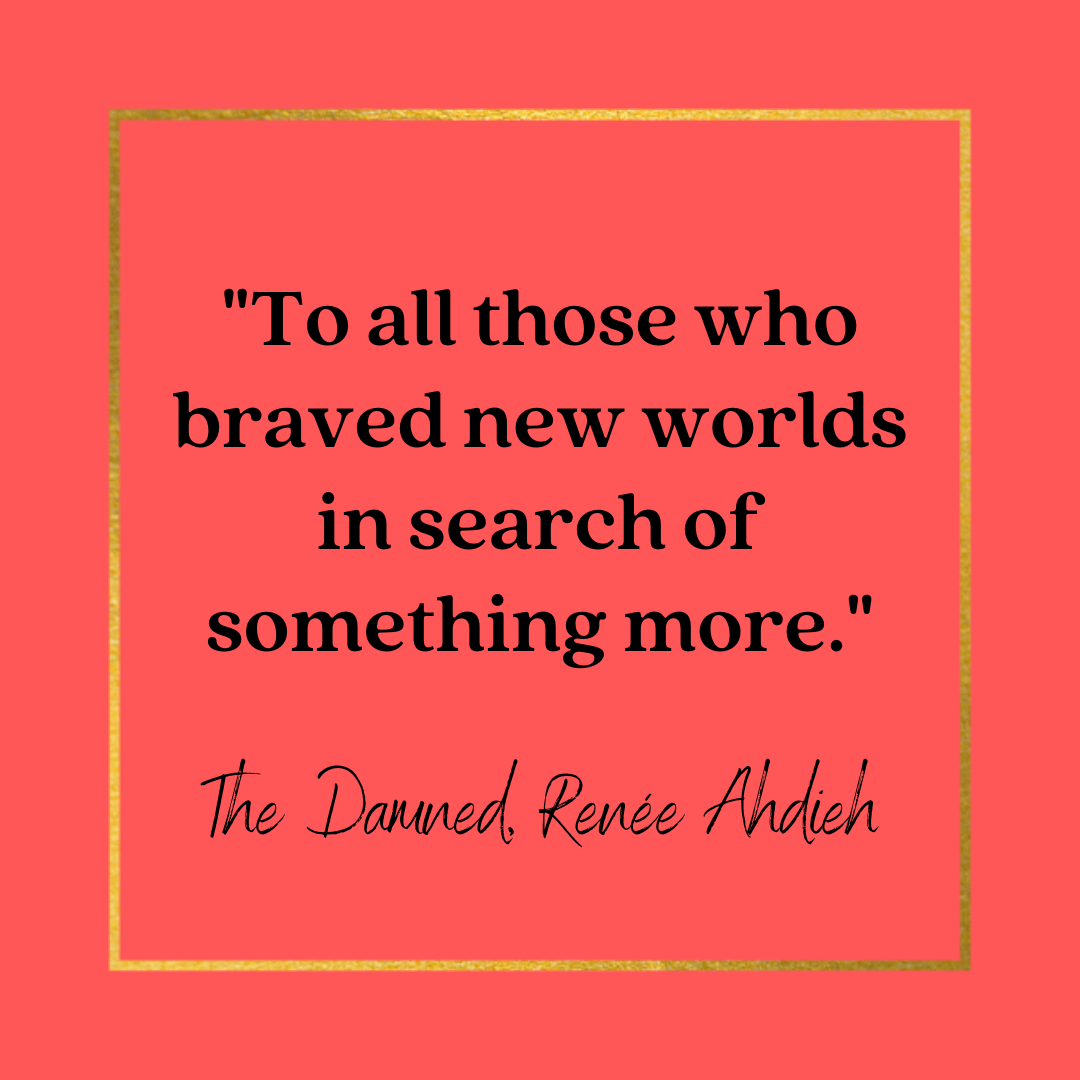 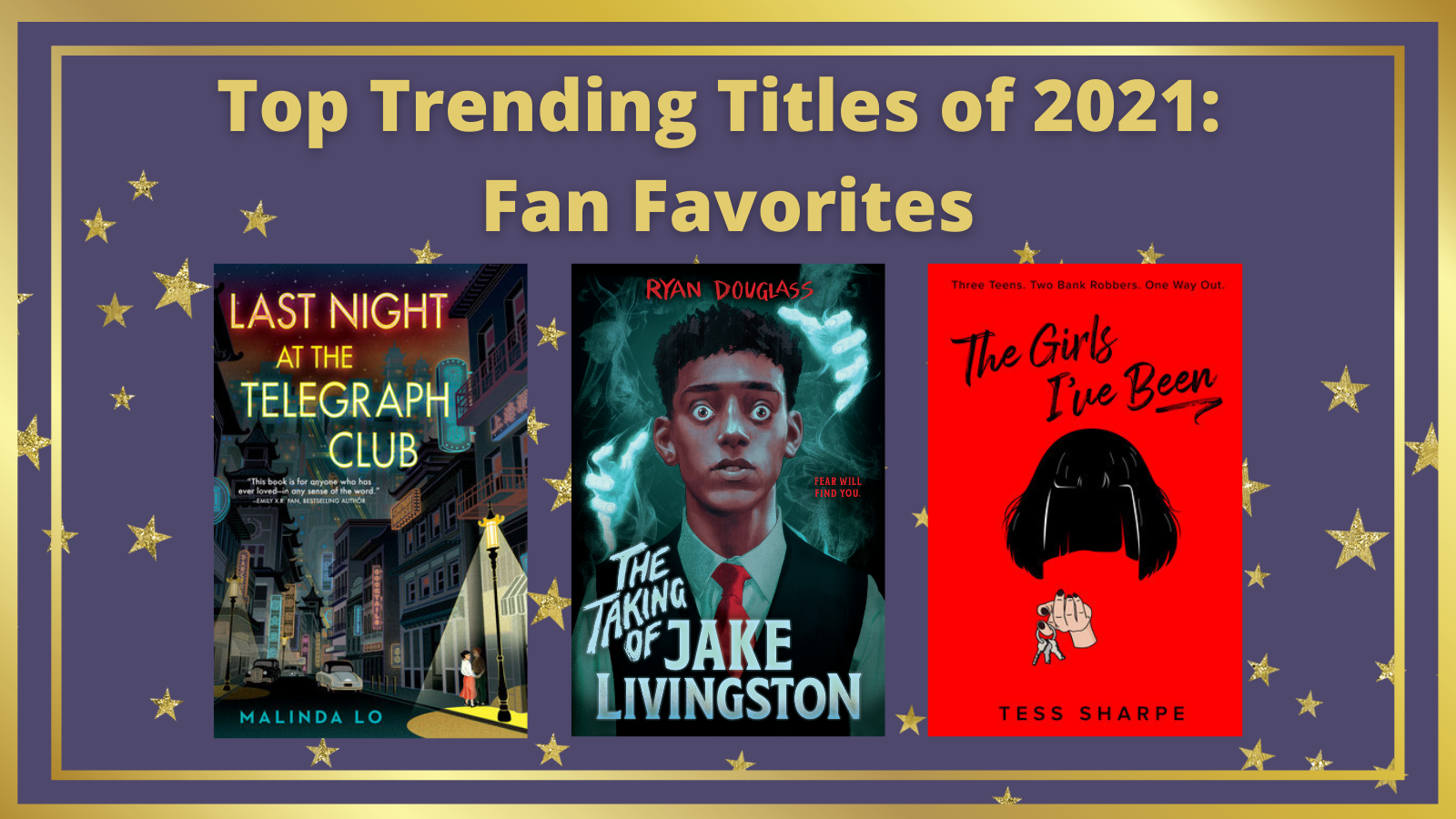