We Were Promised Spotlights

More Formats:
SHARE
+ Add to Goodreads
The Miseducation of Cameron Post meets Everything Leads to You in this queer young adult novel.

Taylor Garland's good looks have earned her the admiration of everyone in her small town. She's homecoming queen, the life of every party, and she's on every boy's most-wanted list.

People think Taylor is living the dream, and assume she'll stay in town and have kids with the homecoming king--maybe even be a dental hygienist if she's super ambitious. But Taylor is actually desperate to leave home, and she hates the smell of dentists' offices. Also? She's completely in love with her best friend, Susan.

Senior year is almost over, and everything seems perfect. Now Taylor just has to figure out how to throw it all away.

Lindsay Sproul's debut is full of compelling introspection and painfully honest commentary on what it's like to be harnessed to a destiny you never wanted.
"A bold new voice." --Booklist

We Were Promised Spotlights

I went into the bathroom outside the gymnasium, which was all decorated like “An Evening in Paris,” because I knew I was going to throw up.

It was the secret bathroom, the single-stall one tucked behind the staircase, where you went if you didn’t want to be seen or heard. When I got inside, Corvis McClellan was there, smoking a cigarette.

I mean, I was supposed to hate her. Only I was starting to miss her now that it was senior year and everyone was getting ready for graduation. She used to be one of us. Every day at recess, we played four square—Susan Blackford, Heather Flynn, Corvis, and me—but that ended in seventh grade.

Corvis gave me a pitying look.

“That homecoming crown looks stupid on you,” she said.

I gripped the side of the sink, trying not to do this in front of her. Corvis wasn’t a person I wanted to throw up in front of.

“What are you even doing here?” I asked her.

Corvis should have been insecure, but she wasn’t. She had jaundiced-looking skin, lips that were too small, and hair that was always greasy.

My date, Brad O’Halloran, was just voted homecoming king. I let him go down on me a month before in the back of his Datsun, and a few days later, my vagina felt like it was full of fire ants.

I ran into Corvis in the waiting room of the gynecologist’s office next to the plasma donation center in the strip mall by the highway. I was sitting there with a pamphlet in my lap that said genital herpes and you.

She looked up from her book and gave me a tight smile. “Nice going,” she said, and I wanted to murder her.

“Are you going to barf?” she asked me now. My crown was slipping off.

She put her hand on my back and moved it in slow circles. We hadn’t touched since seventh grade, just after she passed me the note I used to destroy her.

I could have held it down before that, but her touch made me feel green. There it was, my dinner, regurgitated in hot chunks in the sink.

When I was done, we sat on the cool tile of the floor.

“Why are you being nice to me?” I asked her, wiping sweat off my forehead with the back of my hand.

I wanted my best friend, Susan, to hug me for a really, really, really long time while I buried my face in her stomach and Melissa Etheridge played in the background. I wanted her to drive me to California, and then I wanted to die in her hair.

“I want . . . a scar.” A big, terrible-looking one that would make people afraid of me but not feel sorry for me.

So far, no matter what was going on in the world, no matter which unpronounceable countries were at war, Corvis had always been there, wearing her backpack covered in patches.

But not for much longer. Corvis got good grades, and even though she wasn’t pretty, she had that rare glow of a special person, or at least a person who believes she’s special.

I imagined her leaving, spending nights in a long chain of different states, in stale motel rooms where headlight beams crawled across the walls, and she would have girlfriends, and she would not be ashamed.

After she left, I would be stuck with all the assholes who loved pretending that the gymnasium really was Paris, who thought I was lucky for being pretty. Maybe I would start to believe them after a while.

I looked like a homecoming queen. Probably someday, I would be a dental hygienist.

I didn’t believe her.

There was such a private peace in her eyes. I couldn’t know how she got to where she was now. I could only see that she was there.

Taylor Garland. The other kids said it all the time, my name. I was like a brand. My mother was too—Sandra Garland, the queen of Hopuonk. She didn’t let me call her Mom, so we were on a first-name basis.

“Taylor!” someone shouted—a girl’s voice. Maybe Heather? PJ? Or one of the wannabes, like Bridget Murphy or Jessica O’Grady?

I sat in the parking lot, rubbing my temples. I didn’t want anyone to see me with Corvis in the bathroom, so I took off. The music from the dance still beat in my chest. I was pretty sure my underwear was showing.

“Taylor!” A guy this time, then more joined in. They followed me around, their collective voices like a giant mouth. Always hungry, always wanting, always asking.

Even though the dance was still supposed to be in full swing, a sudden crowd had formed around me, sweating, needy, and helpless in their sequined dresses and rented tuxes, now reeking of vodka. I tucked my dress between my legs and looked up at them.

Every small town needs a star. Our football team was total crap, and nobody outside of New England cared about lacrosse or girls’ field hockey. So I was the star, just like Sandra had been.

In Hopuonk, Massachusetts, the star is the queen. I used to think queens were rulers, but now I see that they are figureheads.

“Are you okay?” Brad asked, reaching for my shoulder. He stood tall and clean-looking, his biceps visible through his tux, his hair combed like a Ken doll’s. I dodged his hand.

“Are you drunk enough?” asked Heather, captain of the cheerleading squad and expert at backflips and punch fronts, pulling a flask out of her clutch. She leaned against someone’s rusty car, her red sequined dress cut so low that it came dangerously close to showing her nipples.

“Are you going to Scottie’s after-party?” asked PJ Greenberg. She was our school’s drama star, and she followed me around constantly. Even though she was talented, drama wasn’t exactly considered cool. Pink lipstick was smeared on her teeth.

Susan stared at me, waiting. Her floor-length tube-top dress hugged her hips, and her eyelashes made me want to cry. She shivered, and I thought that no one so perfect should ever be cold. I reached for her hand, and she pulled me up.

Scottie Mahoney’s after-party was the last place I wanted to go. I wanted to do something different for once.

“No,” I said. I adjusted my crown, which promptly drooped again. “I have the best bad idea.”

They stared at me, waiting.

Bridge and cliff jumping were big in Hopuonk, just like bonfires on the beach and drinking in the woods on the fire trails. Fourth Cliff was the highest, the most dangerous—the cliff none of us had jumped from yet. It was the cliff someone’s drunk uncle had supposedly died jumping from after a school dance in the 1960s. I pictured the dead uncle, glowing like a white stone in the sand at night, his denim jacket that looked slept-in, his cleft chin, his expression tinged with rage and wisdom.

They all stared in disbelief. I realized that for me, it was a game, to see how far they’d follow me.

I didn’t want to go home. I wanted to create a story with a big enough climax for it to end with me sleeping in Susan’s bed. Something risky enough that I could ditch Brad.

Standing in the parking lot, with everyone staring at me, I thought, Maybe I’ll die jumping off Fourth Cliff, and maybe it will feel amazing, like turning into glitter and then disappearing forever.

Everyone started piling into cars, tulle spilling out of closed doors.

Susan clung to me as we walked to her car, her tight dress hugging her ass and clinging to her legs. Dark tendrils of hair slipped loose from her bun and curled in the salty air, defying her hair spray. Me, Susan, and Heather drove to the dance together in Susan’s car at my request. After we took photos at the pre-party, I wanted to escape from Brad, though I pretended it was because we needed girl time.

I checked for Brad and spotted him far behind us, watching me but still climbing into Jake Finnegan’s pickup.

I scanned the parking lot again, checking for Corvis.

There was Corvis, pressed against her passenger-side door, making out with Kristen Duffy, the tuba player. Kristen’s hand cupped the back of Corvis’s neck, and Corvis had her arms around Kristen’s back, where the cheap black lace of her dress bunched around her love handles. My stomach burned.

“One hundred percent,” I whispered back to Susan. “You’ll love it. You’ll shit a million stars.”

Because we were still in high school, we were allowed to cling to each other. But I knew this would end, because Sandra never clung to anyone.

Sandra still whispered, though. That’s how the mystery of who my father was stayed alive, like the breath of a sleeping cat. The suspicion of truth in my story—despite the near impossibility of this truth—was one of the reasons I suspected I stayed popular.

Another reason was that I crushed people, like I crushed Corvis in seventh grade. She no longer seemed crushed, though, which both infuriated me and made me want her back. I either wanted to be her, be near her, or crush her again.

I took shotgun in Susan’s car without paying attention to who else was there, since I knew none of them were Brad.

“Look at Corvis McClellan,” Heather said from the back seat. “That’s a wicked disgusting display.”

I put my hand on Susan’s thigh as we watched Hopuonk go by out the window: The maple trees and the winding roads full of sand and broken oyster shells. The slanted colonial houses that needed paint jobs, and the rusted-out cars that sat in driveways up on cinder blocks, waiting to be fixed.

In her attempt to drive while drunk, Susan ran a stop sign, then pressed the brake afterward. That seemed like a metaphor for my life.

Heather shuddered, opened her dainty little flask, and took a long sip of whiskey. Somehow, her lipstick was still perfect, her freckles still covered with foundation.

“If I ever get as fat as Kristen or as ugly as Corvis,” she said, stretching out in Susan’s back seat, “just shoot me and dump my body in the South River.”

“Only if you promise to do the same for me,” I said, reaching for the flask.

I never had to buy my own alcohol.

“Mean,” said Susan, and that word hung in the air.

Through the rearview mirror, I watched Heather’s bright-red lips curl into an approving smile. 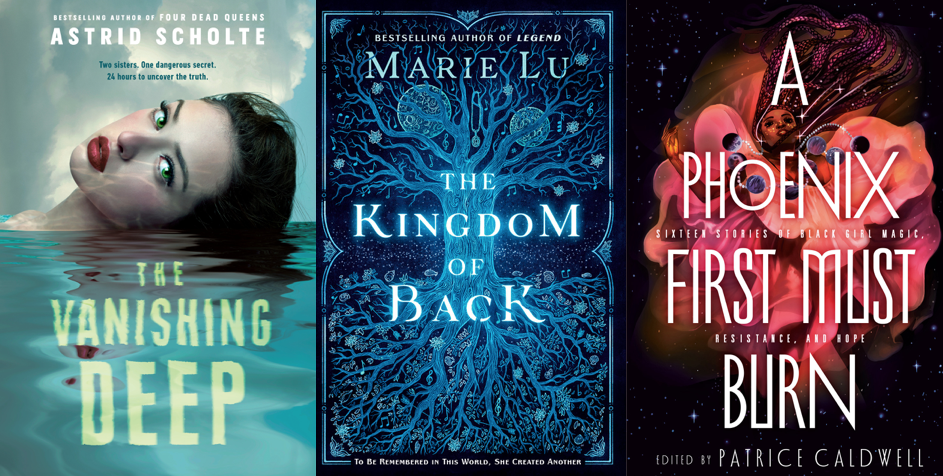 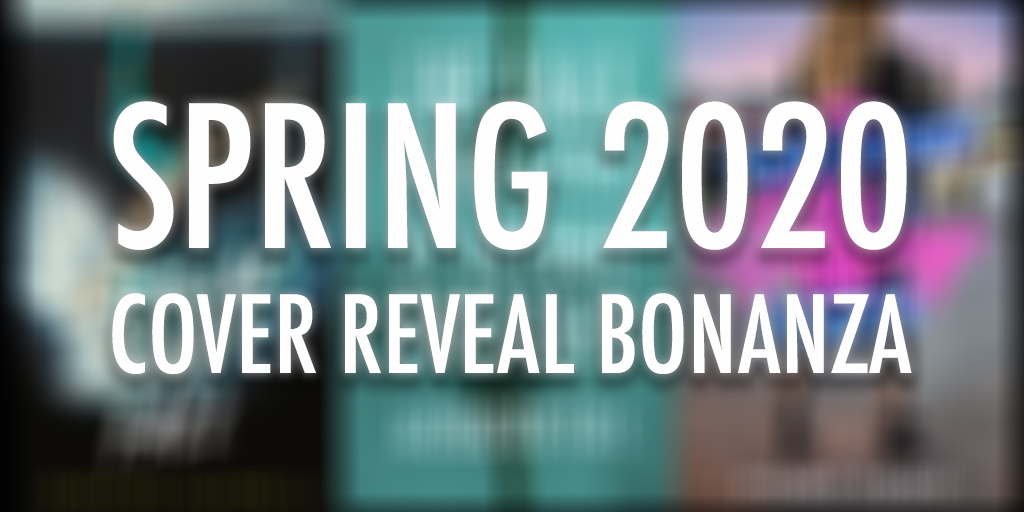