Perfect for fans of Morgan Matson and Ruta Sepetys, The Summer of Lost Letters is a sweet, summery romance set in Nantucket follows seventeen-year-old Abby Schoenberg as she uncovers a secret about her grandmother’s life during WWII. 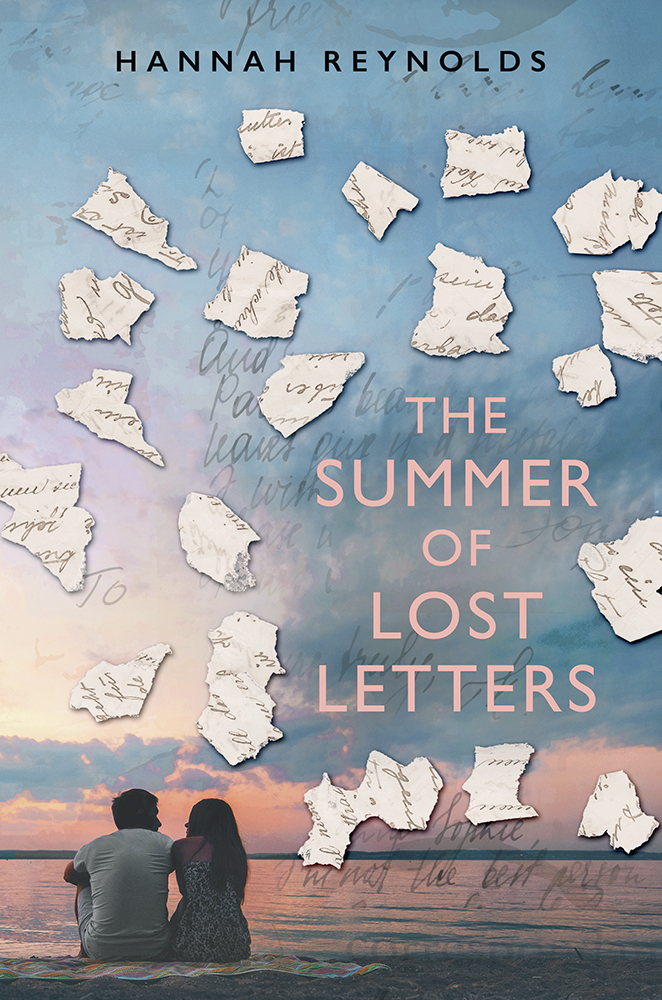 The doorbell rang in the middle of a storm.

The rain pounded against the eaves, nearly drowning the chimes out. Sheets of water streamed across the living room’s French doors, distorting the yard and forest into shifting blurs of green and brown. March in New England might officially be springtime, but in reality it was chilly and wet and dark.

I sat curled on the sofa, reading Rebecca by Daphne du Maurier.The combination of gothic novel and weather had me on edge, despite the room’s bright lights and my steaming mug of peppermint tea. Mom and Dad wouldn’t be home for hours; they’d gone to a town hall meeting, which basically counted as a date night in their world. My brother, Dave, was sleeping over at his best friend’s house. Mom had worried about leaving me home alone, but I’d shooed her and Dad away; my parents deserved a night out. Besides, I liked having the house to myself.

Most of the time.

The chime sounded again while I stayed frozen on the couch, book clutched in both hands, heart racing. No one had ever accused me of being sensible (“You have a tad of an overactive imagination,” Dad often said, holding his thumb and forefinger a hair’s breadth apart)—­but honestly, who wouldn’t at least consider whether a doorbell during a storm heralded a serial killer?

Best not be a sitting duck for my prospective murderer. I padded through the house toward the front door, positioning my back against the wall as I craned my neck to peer out a window.

A USPS truck lingered in the driveway, headlights cutting through the rain, and a figure dashed toward the cab and leaped inside. The truck backed away and sped into the dark.

Anxiety draining out of me, I opened the inner door to the mudroom, a small, chilly space filled with umbrellas and boots. My toes curled as they hit the cold stone floor. I quickly unlocked the outer door, and wet wind lashed at me. The trees in the front yard bowed back and forth under the gust. A rain-­splattered box sat on the stoop. I grabbed it and retreated inside, locking both doors and carrying the box to the living room.

Made sense. O’ma’s nursing home had told us they’d be sending over a box of her stuff recently found when cleaning out her closet. I could wait for Mom to come home before opening it. Which a less nosy, more respectful daughter would do.

Got the box of O’ma’s stuff! I texted. Will let you know if it contains secret riches.

I slit the packing tape with a key from the kitchen odds-­and-­endsdrawer. The box flapped open to reveal a cursory note from the nursing home and a brown-­paper-­wrapped package. Now I hesi­tated. This had been O’ma’s, this twine-­tied bundle, something she’d packed away so long ago it had been forgotten. Carefully, I tugged the brittle bow loose, then unfolded the brown paper. At the core lay the treasure: a pile of envelopes, all addressed to Ruth Goldman. O’ma’s maiden name.

Bright curiosity cut through me. A hundred things could be inside. We knew so little about O’ma’s life, especially from before she met O’pa. Ruth Goldman instead of Ruth Cohen. Who had she been?

I knelt on the living room floor and spread the envelopes in an arc, marveling at the thick parchment and the way the ink bled into the fine weave of the paper. Fifty envelopes at a guess, with a Lower East Side address.

The envelopes didn’t have return addresses.

I picked up the first envelope and slid the letter out. Neat, slanted writing filled the page. My darling Ruth, it began. I still can’t believe you’re gone. I keep looking out the window expecting the car to pull up and you to emerge and say this has all been a mistake. Please come home soon.

O’pa, I thought, though it didn’t sound anything like how my gruff, funny German grandfather had sounded. My eyes slid to the date in the righthand corner: June 1st, 1952. O’ma would have been eighteen. A year older than me.

I flipped to the back of the letter for the signature. Love, E.

I scanned the next letter.

It has been too long since I last saw you. Yesterday I walked through the garden and saw a cardinal on the trellisand thought of the kisses we used to steal. I can’t even look up at the widow’s walk without remembering the way you used to pace there . . .

Wow. The most romantic letter I’d ever received had been a text from Matt last year saying Homecoming: Yes/no?

No wonder we didn’t last.

I sent Mom a picture of the letters along with a flurry of texts:

Turns out the box has LOVE LETTERS in it

From some guy named E

Do you think O’ma had a grand love affair before she met O’pa???

Mom must have felt her phone buzz, because she texted back immediately.

What do u mean love letters?

They’re addressed to MY DARLING RUTH

“It has been too long since I last saw you”

Maybe u shouldn’t read them?

I’ll text you the best parts

Who r they from

Seriously, Mom had both terrible reading comprehension and terrible punctuation. Why did I need to go to school if adults didn’t know how to write?

Outside, rain slashed away. Inside, I sank into the letters. E’s writing made it clear O’ma had moved to New York City and loved it, though he seemed skeptical anyone could enjoy the city. Different bits jumped out at me:

What we do is none of my mother’s business.

A bakery, Ruth? Are you sure?

He wrote about painting the ocean: I’m happy to report my Monet-­esque attempts have become more palatable, though I doubt I’ll accurately capture the light on the sea if I paint every day for the rest of my life. Yet never fear; I shall rise to the occasion. The attic no doubt looks forward to being crammed with my poor attempts.

The name conjured up a speck of an island off Cape Cod. The Cape: a hooked arm of national seashore and small towns southeast of Boston. But while the Cape and the islands were standard vacation spots for Massachusetts families, O’ma had spent most of her life in New York. When had she ever been to Nantucket?

Impatient, I skipped to the last letter (I was the kind of person who sometimes read the last page of a book first; never let it be said I handled curiosity well). It was short and dated almost six years after the first—­May 3, 1958:

I’m not mailing the necklace. If you want it, come back to Golden Doors and talk to me.

And dammit, Ruth, don’t you dare say this is about anything other than your damn pride.

Surprise swayed through me. What had happened? When had these romantic letters switched to anger?

Served me right for reading out of order. Hoping for more context, I opened the penultimate letter. Can’t we talk about this in person? The operator won’t even put me through anymore. You’re far too proud, and you don’t need to be.

Man, an operator. What an age.

You’re being ridiculous. I’m catching the next ferry to the mainland.

Don’t do anything stupid before I get there. I love you.

A shiver skirted across the back of my neck. Lowering the letter, I stared out the French doors. The rain had lessened, no longer obscuring the woods encroaching on the backyard. Tall oaks and pines shot into the sky, their trunks soaked black. Winter had been harsh this year, and even now, mid-­March, I had trouble imagining I’d ever feel warm again. I had trouble imagining O’ma as an eighteen-­year-­old, too. You’re far too proud, the letter-­writer had said. Had O’ma been proud? Elegant, yes. Smart, curious, a little sad, a little difficult. But proud?

Though what did I know? I hadn’t even known O’ma had been on Nantucket. I definitely didn’t know who this Edward was, or what necklace O’ma wanted back, or why she’d left him in the first place.

Come back to Golden Doors, Edward had said.

I opened my laptop and began to type.