From its creepy town mascot to the story of its cursed waterfall, Burden Falls is a small town dripping with superstition. Ava Thorn knows this well—since the horrific accident she witnessed a year ago, she’s been plagued by nightmares. But when someone close to her is brutally murdered and Ava is the primary suspect, she starts to wonder if the legends surrounding the town are more fact than fiction. Whatever secrets Burden Falls is hiding, there’s a killer on the loose, and they have a vendetta against the Thorns.

Scroll down to read an excerpt and see the cover! 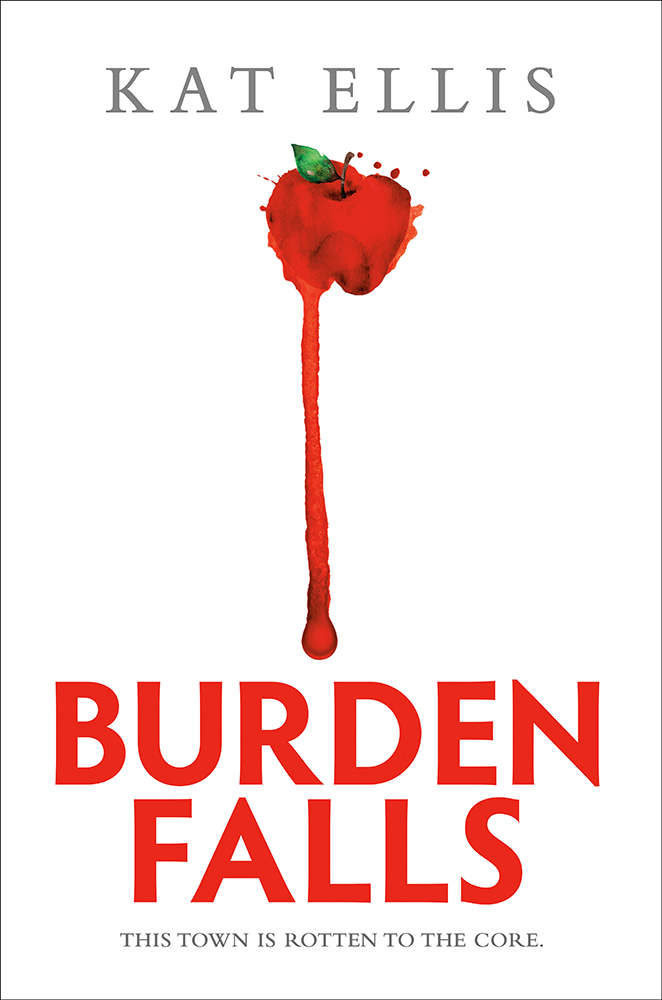 At around one a.m. something shrieks upstairs in the rafters of the mill, jolting me awake. For a second, I have no idea where I am, or what the screaming was, but it slowly clicks into place.

I’m at the cottage. There’s no ax murder being carried out nearby. It’s just a barn owl—probably the same one I used to see around the manor grounds sometimes.

And my parents are still gone.

I let out a choked sound, trying not to let it turn into outright sobbing. Gradually, my breathing evens out. A screeching owl is as familiar to me as the creaking floorboards of my old home, or the random cold spots that seemed to spring from nowhere in the manor—those little things that might give my heart a quick jolt, but are nothing sinister, really, even if Mom would always arch a knowing eyebrow and declare the place haunted. But she’d grown up listening to the superstitious rumors about Burden Falls. I’ve lived in the manor my whole life, and its creaks and mutterings—and, yes, occasional screeches—are just part of its charm.

I drag myself out of bed and climb the rickety ladder up to the floor above mine. The light from my phone casts eerie shadows as I shine it around the loft space, but the damn bird is nowhere to be seen. Everything is silent and still.

My foot lands on something crunchy. I recoil, thinking it must be a cockroach, but it’s actually an owl pellet.

Owl pellets are what the owl pukes up after it’s eaten some small creature. It usually contains all the bits it has no use for—bones, fur, that kind of stuff. This pellet is old, dried to a white crust, and where it’s crumbled apart under my foot I see a perfect little skeleton. I lean closer, shining my light on it. I think it’s a mouse at first, but then I notice the teeth. They’re pointed, with elongated fangs. Must be a weasel or something.

It’s pretty cool, though. Or it would be if finding it hadn’t involved getting dried owl puke between my toes. I’ll come back in the morning and see if I can clean up the bones. Might look good on my windowsill.

After dealing with the foot mess, I go back to my room. I know I won’t sleep, though. I’m too on edge. Instead, I sit at my desk, doodling on a sketchpad. But my gaze keeps getting drawn back to the window, and the silvery line of the river winding north to the waterfall, and Burden Bridge, and the manor.

Except it’s not home anymore. No lights shine from the manor house. It’s barely a smudge against the distant landscape. For a moment, I swear I see something on Burden Bridge; it’s only a speck from this far away, but I think there’s someone crossing the bridge, heading toward the manor. I lean closer, my breath lightly misting the window.

I reach up to clear it with my sleeve, but the figure is gone.