Cover Reveal: HOW TO SUCCEED IN WITCHCRAFT by Aislinn Brophy

Cover reveal time! An overachieving teen witch vies for a prestigious scholarship at her elite high school in this contemporary YA fantasy for fans of Never Have I Ever and Sabrina the Teen Witch.

Shay Johnson has all the makings of a successful witch. Now that she’s a junior at T.K. Anderson Magical Magnet School, she’s one step closer to winning the full-ride Brockton Scholarship—her ticket into the university of her dreams. Her main competition? Ana freaking Álvarez. The key to victory? Impressing Mr. B, drama teacher and head of the scholarship committee.

When Mr. B persuades Shay to star in this year’s aggressively inclusive, racially diverse musical—at their not-quite-diverse school—she agrees, wearily, even though she’ll have to put up with Ana playing the other lead. But with rehearsals underway, Shay realizes Ana is…not the despicable witch she’d thought. Perhaps she could even be a friend—or more. And Shay could use someone in her corner once she finds herself on the receiving end of Mr. B’s unpleasant and unwanted attention. When Shay learns she’s not the first witch to experience his inappropriate behavior, she must decide if she’ll come forward. But how can she speak out when the scholarship—and her future—are on the line?

Scroll down to see the cover for How to Succeed in Witchcraft and read a sneak peek! 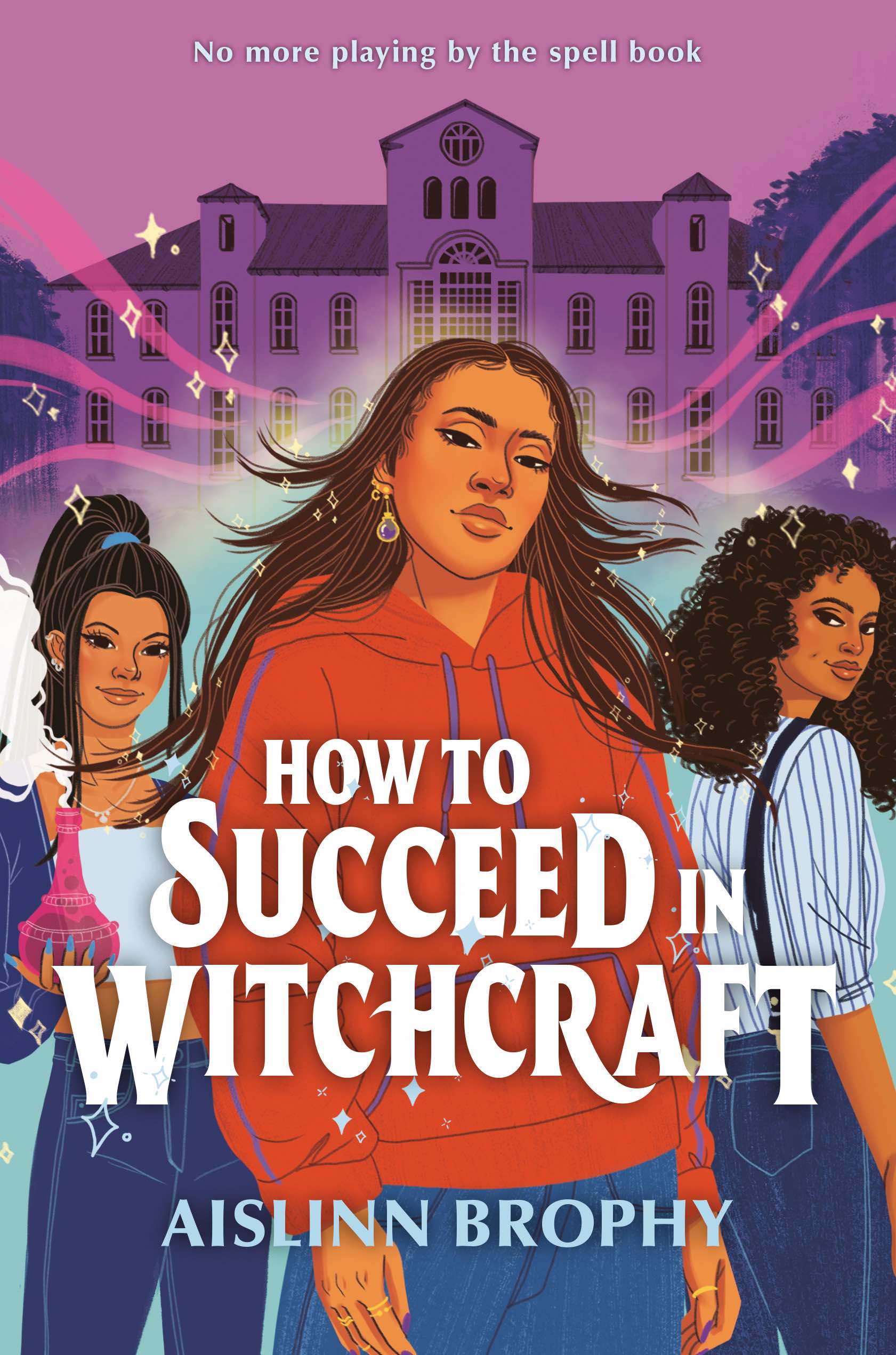 After school, I stand in the pickup area, waiting for Lex to pick me up. I’m itching to talk to her about my conversation with Mr. B. I looked up the musical he mentioned—Bronxtown Brooms. It’s a retelling of Jane Austen’s Pride and Prejudice set in a mostly Latinx neighborhood in New York City in the nineties. Based on what I read about the show, I’m 98 percent sure now that Mr. B was trying to talk about race without talking about race. Also, he might think I’m Latina. So that’s a major factor in the Reasons Not to Audition for This Musical list.

On the other hand, there’s the whole “wink, wink, nudge, nudge, audition for this show and I’ll consider you for the scholarship” thing. Which, now that I’ve had some time to think about it, I’m not sure it was as shady as I initially thought. It’s not like he promised to give me the scholarship. This is just one more opportunity to impress him.

Lex’s blue car flies up to the curb, then settles gracefully onto the ground. Her car is painfully nice compared to the one my family has. It has that new aerodynamic bullet shape, and the propulsion engines at the front and back are near silent. I ache with jealousy every time I see it.

“Hey girl hey!” Lex screams through the open passenger window. Her aggressive EDM blasts out into the parking lot, and she dances in her seat, waving her arms wildly toward me. The few people in the parking lot turn to see who this screaming girl is, which is a common side effect of hanging out with Lex. “You look tired!”

I hit a pose with my hands framing my face. “I am.”

“You’re the one who’s late,” I yell. Once I’m settled in the passenger seat, I turn off her music so we can talk. “I’ve been waiting for you since I left potions club.”

She hands me a Starbucks latte and steps on the accelerator. The car glides away from the curb, lifting smoothly into the air as we go. “I stopped for coffee.”

“Of course you did.” I throw her a withering look before sipping my latte. Mm. Not as good as Mom’s, but still necessary to get me through the rest of this day.

“Hey, we deserve it today. We have to finish filling all the weekend orders before we leave tonight.” She stomps on the accelerator and sends the car flying onto the floating road. We glide upward, following the road over the swamp outside the school property.

Her car really is an incredibly fancy piece of magitech. It glides effortlessly through the air. My dream is to buy my parents a car this nice one day.

“What did Ana do this time?”

“Plenty of annoying ish, but that’s not what I want to talk about.”

I’ve always been able to tell Lex anything. She was the first one I came out to—the only person at our school I bothered to tell I was a lesbian. She’s easy to talk to, but not because she’s the type who listens quietly. It’s because she’s aggressively supportive. Emphasis on aggressively.

“What the hell!” she yells once I finish filling her in on my day. “I knew that the Brockton Scholarship was kind of about favoritism a lot of the time, but that’s so shady.”

“What?” she says. “You literally just described, like, some weird, backdoor bullshit.”

“No—I mean—” I sigh and fidget with my hands in my lap for a few seconds. “I was just saying that’s what I thought at first. I’m pretty sure I read too much into it. He didn’t actually say he would give me the scholarship if I auditioned for the show.”

“He doesn’t have to say that. He totally knows that everyone is desperate to do stuff for him.” Lex shakes her head, wrinkling up her nose like she smells something bad. “Plus, there’s no way he doesn’t know that you and Ana are the top picks for Brockton Scholar. You would be, like, the most desperate to do whatever he wants.”