Cover Reveal: MARGOT MERTZ FOR THE WIN by Carrie McCrossen and Ian McWethy

Cover reveal! Prepare for the hilarious and thought-provoking sequel to Margot Mertz Takes it Down. Margot Mertz for the Win is hitting shelves November 15, 2022!

Margot faces senior year working on a campaign for local election while helping a fellow student run for class president—but when a mysterious blackmail plot emerges, and a loathsome opponent rises in the class race, Margot might have to return to the cleanup job she thought she’d left behind.

It’s senior year. And Margot’s on a mission to be a better Margot. Which means saying goodbye to her old cleanup ways— and their inherent moral ambiguities— and saying hello to… more yoga maybe? (Probably not, Margot hates exercise.)

To fill her time and round out her college application, Margot volunteers for Shep Green’s state senate campaign and in a twist, finds she actually enjoys being part of a team. She loves her new boss/mentor Priya. And of course it doesn’t hurt that the candidate is Avery Green’s dad. Yes, Avery and Margot are just friends, but it’s still nice to see his too perfect face from time to time.

With Margot rocking both campaigns and maybe even making friends, it seems like she’s well on her way to being a better person. But when Priya asks her to look into an anonymous email threatening Shep Green, one that could potentially torpedo his entire election, Margot finds herself slipping back into her old habits. 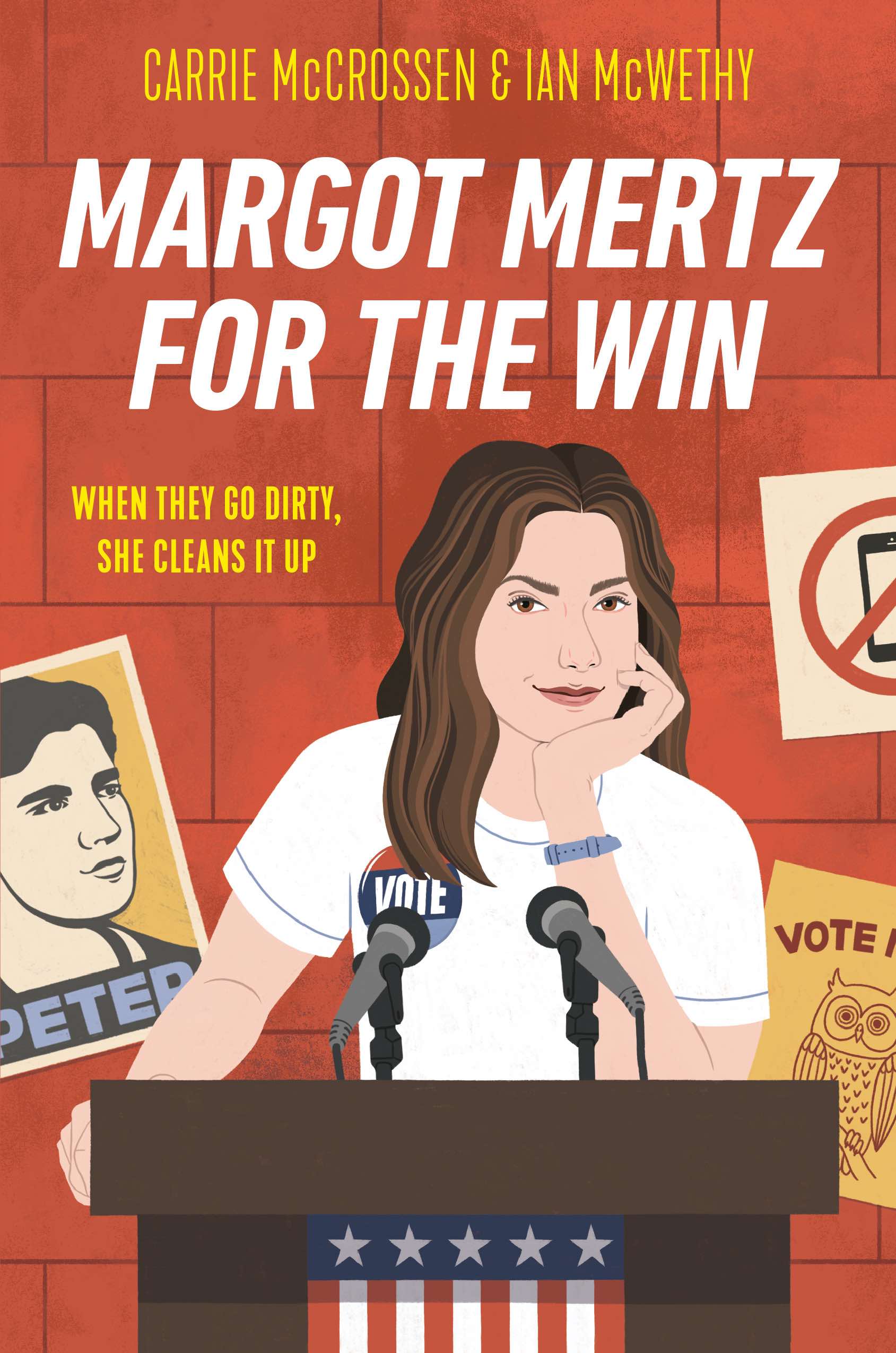 I was in a small, nondescript room. The kind used for office storage or interrogating a murderer. I was told it might be a while, and that I should make myself comfortable. But I’d only just sat down when the door swung open and a woman in a blazer burst in.

“Bah!” The blazer woman shouted. “I thought this room was empty.”

“Uh. Sorry I’m interviewing to be an intern and I was told to wait here for  Jim? Jim Bilwort?”

“I mean . . . Sorry. He’s not going to interview you because he just got fired.” She shook my hand. “Priya Deshmukh. I’m the new communications director, AKA the asshole they saddled with Jim’s job.”

She tried to play it cool but I could see she was  proud of her new title. She couldn’t have been more than a couple years older than me. But despite her youth, she radiated authority. She had light brown skin, big brown eyes and the world’s tiniest nose ring. (I think? It could just have been a mole. Hard to tell in that lighting.)

Priya squinted. “Follow me.” She led me out of the room and down a long, narrow hallway. “What made you want to volunteer for the campaign? College credit? Sense of duty? Boredom?”

“All three? Sort of. But mostly  Shep has some policies that I really like.”

“Not really.” I told her. “But I’m interested in his proposed amendment to 245.”

Shep Green, whose ownership of several area car dealerships made him something of a minor celebrity in North Webster, was running to be state senator for the 57th district of the state of New York. The district had been held by Republicans for years but recent demographic shifts made it more of a tossup this year. Shep was running mostly on expanding health care coverage, bringing jobs to Western NY, and pledging to finish construction on the North Webster “Transit Center.” But  his platform also included a host of smaller agenda items like the amendment to State Law § 245, which would make the dissemination of explicit images without consent a felony. That got my attention. A law that would essentially make all forms of revenge porn illegal? That was worth campaigning for. And yes, Shep Green also happens to be the father of Avery Green, who I may still have feelings for. But Avery is not the reason I’m working on the Green campaign. (He is the reason I started applying lip gloss between periods three and four. Ugh. I know.)

“I’m surprised you even know about that. It doesn’t poll particularly well so they won’t let Shep talk about it.” Priya said as she reached into a mini fridge which was, for some reason, sitting in the middle of the hall. She grabbed a cold brew. I told her I’d stumbled across an interview Shep did on the local news where he talked about Roosevelt High’s revenge pornography scandal. He said he intended to bring a bill to the New York state house on the first day he took office.

Priya smirked. She wasn’t sure what to make of me. She took a big swig of her cold brew before almost choking, “Ugh. This is sweetened. This was not what I meant to get.” All the same, she held her nose and chugged the entire thing before continuing down the hall.

We were in what she and the team called “campaign headquarters.” Though it didn’t seem like the building itself was convinced. Three months ago it was a TAX-to-the-MAX, one of those cheesy local accounting firms that promises huge refunds. Now it was a pop-up campaign office with folding tables, cases of bottled water, and campaign signs littered everywhere. It all felt very temporary, like when a divorced dad tries to decorate his new two-bedroom condo. We passed by a makeshift conference room and a closet labeled “every yard sign ever.” As we walked, Priya tapped out an email into her phone, while seemingly everyone we passed had a question for her.