The Edge of Being by James Brandon is a tender and heartfelt queer YA novel about the multiplicities of grief, deeply held family secrets, and finding new love.

Isaac Griffin has always felt something was missing from his life. And for good reason: he’s never met his dad. He’d started to believe he’d never belong in this world, that the scattered missing pieces of his life would never come together, when he discovers a box hidden deep in the attic with his father’s name on it.

When the first clue points him to San Francisco, he sets off with his boyfriend to find the answers, and the person he’s been waiting his whole life for. But when his vintage station wagon breaks down (and possibly his relationship too) they are forced to rely on an unusual girl who goes by Max—and has her own familial pain—to take them the rest of the way.

As his family history is revealed, Isaac finds himself drawing closer to Max. Using notes his dad had written decades ago, the two of them retrace his father’s steps during the weeks leading up to the Compton’s Cafeteria Riot in San Francisco, a precursor to the Stonewall Riots a few years later. Only to discover, as he learns about the past that perhaps the missing pieces of his life weren’t ever missing at all. 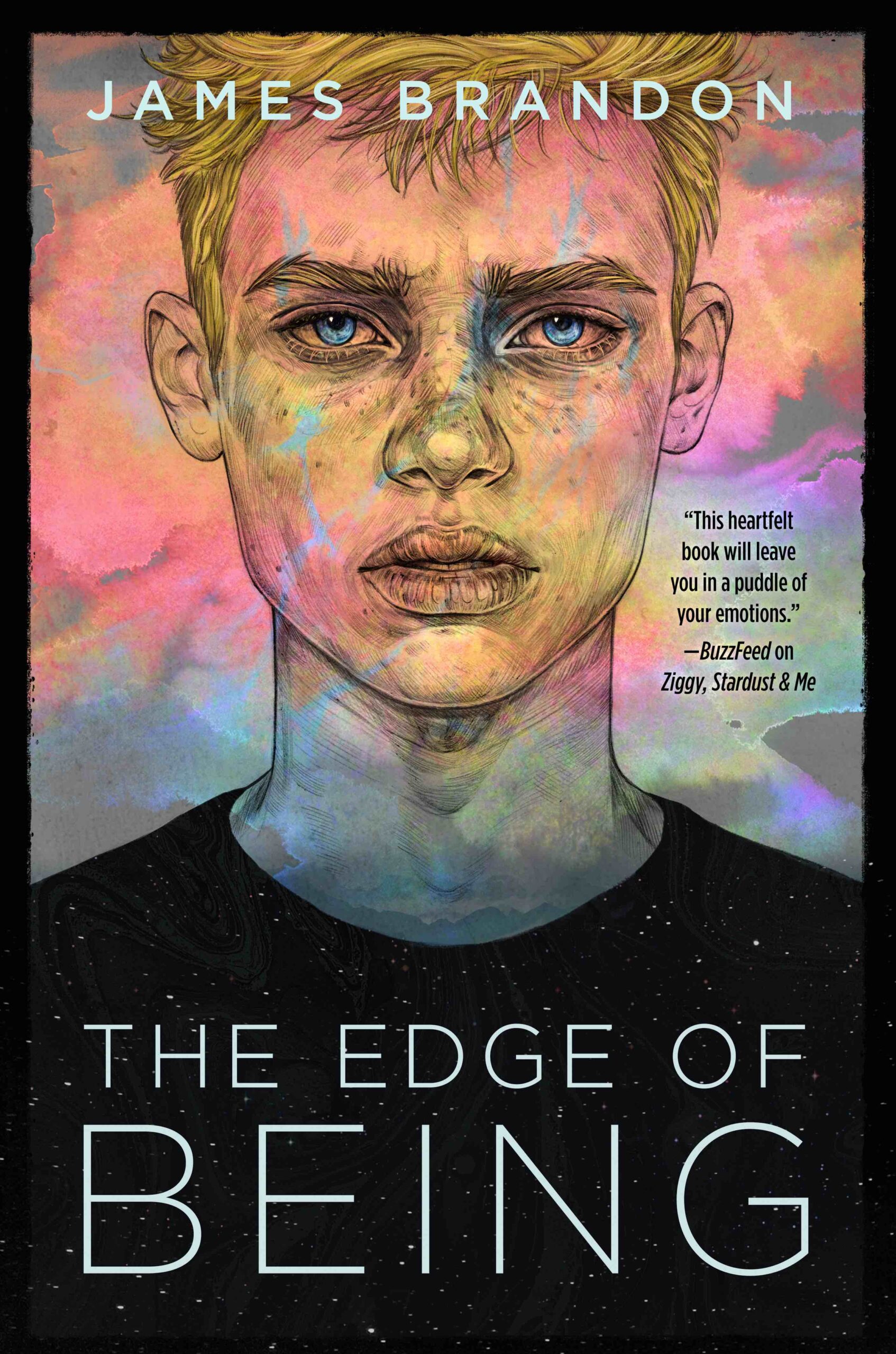 She lies on the grass, picks little white daisies and starts twisting them together. Humming a sweet something.

“What’s wrong?” Max asks. She stares at me, swathed now in daisy bracelets.

“I am?” I feel a tear trickling. “Oh, I didn’t realize—” I swipe it away, looking at her, and I don’t know why, but I instantly want to tell her everything I feel. My heart’s twirling, like it wants to be set free. “Can I tell you something?”

“Anything.” She lifts my arm, wraps a daisy-bracelet around my wrist.

“And I’m not looking for sympathy or—”

“Well.” I twiddle the bracelet. “Remember in the car I told you why I was looking for my dad?”

“You can trust me,” she says, the kindness on her face washing over me.

My voice trembles, matching the tremors in my heart. “Well, see, there’s a part of me that’s never felt whole, like I’m a half-person, without knowing who my dad was. And when I was little and first found out I was missing a dad, I felt this shame grow inside me, like I was embarrassed of . . . being me. That I wasn’t a good enough person to have a dad. And that feeling? I can’t let it go no matter how hard I try. And I want to, so so bad. . .” I can’t go on. Tears choke my words. I feel them streaming freely down my cheeks now, but this time, I don’t shove them away.

She leans in, grabbing my knee. “I understand, Fig.”

“Never told a soul that.”

“Not even Charlie? Christopher?”

“No.” I dry my face with my t-shirt. “I was thinking about that last night, why I don’t tell him stuff. And I think . . . it’s because he’s never lost someone, you know? He has two parents who adore him. And as much as he’d like to understand, he never could. And maybe . . . there’s a part of me that resents him for that.” Hearing myself say that aloud for the first time. Never thought of it like that before now.

I don’t feel any lighter saying it aloud, even though I thought I would. I’m still me. The words hang in the air like a thick fog. I wonder if it will ever clear.

“Some things you can’t explain with words, Fig.” She lies down on her stomach, her feet criss-crossing the air. “My dad always used to tell me when it’s time for a person to go—” She puts on his voice again. “Ain’t nothing in the universe going to stop it from happening, Maximillian.”

“I wish I knew you when we were little,” she says eventually.

She twists more daisies together.

I close my eyes, letting the sun swim through me.

We sit in silence like this for some time.

Then: “My dad died of pancreatic cancer,” she says. I look down to see she’s now lying on her back with her hands twined behind her head. Her purple shirt has come unbuttoned at her wrists and ruffles up, revealing a part of that twisted tattoo on her forearm. “I took care of him best I could. Wiped up his sick, took him to the bathroom, that kind of thing. My stepmom wasn’t much help, and—” Her voice is taut, strained. “It was hard. But I stuck to it. Every day after school, I’d visit him in the hospital, stay with him all night until he fell asleep. But one day, I just couldn’t do it. I snuck out with a friend and got stoned until I passed out. I wanted to forget for one day, you know?” Tears flood her eyes. I watch as they flow down her cheeks. “That’s when I got the text from stepmom. Your dad’s dead, it said. That’s it. The one day I didn’t show up, is the day he left. I never even got to say goodbye.”

“Guess we all have a bit of shame inside us,” she says. “Like Gracie said, it’s sometimes hard to let go of it.”