If the plot twist in House of Hollow totally broke you, prepare yourself, because there are more twists ahead. We asked author Krystal Sutherland about what changed along the way as she wrote…and here’s what she said. Get ready for 5 shocking things that ALMOST happened in House of Hollow! 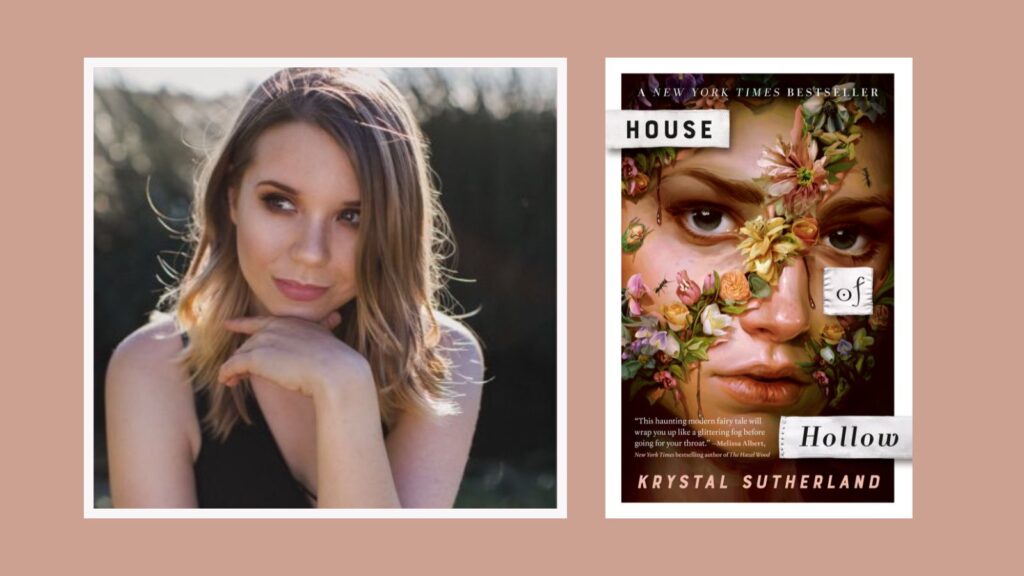 Five Things That ALMOST Happened in House of Hollow

A lot of things change between a messy first draft and a polished, finished book – and House of Hollow is no exception. I went into the writing of this book without a strict plan for the plot, but a very structured plan for what I wanted readers to feel at each moment. That meant that each draft was extremely malleable and I found myself willing to change things, big and small, so that the story charted to the emotional odyssey I wanted to take readers on. So, here are five things that happened in drafts that didn’t make it into the final cut.

BIG SPOILER ENERGY AHEAD. I mean it. These are not subtle, they will utterly ruin the book for you if you haven’t read it yet! 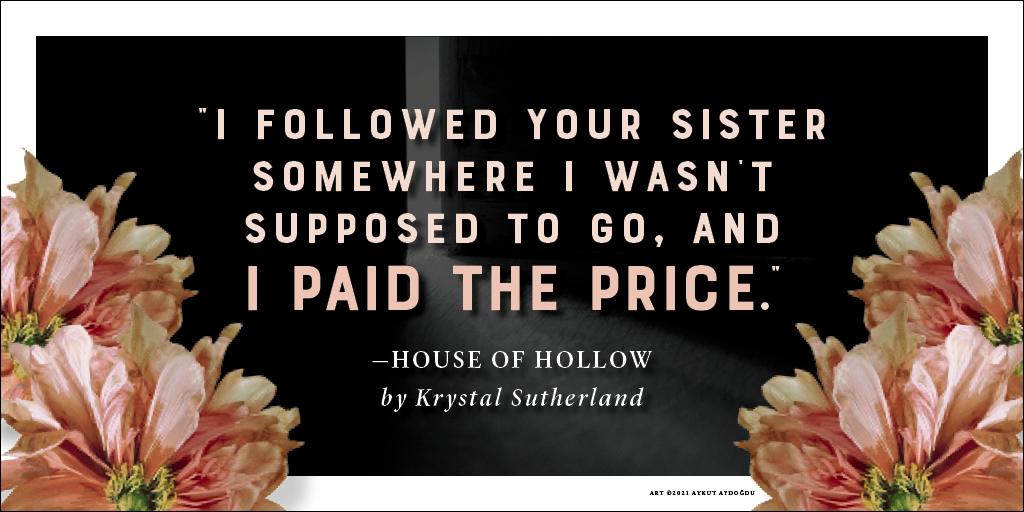 One of the most common questions I get asked about House of Hollow is: HOW DARE YOU? The answer is: I almost didn’t. Tyler’s fate flip flopped so many times between drafts, I started to have a bit of a crisis about what to do with him. Eventually after a chat with my editor in which she convinced me that his death served the story more than his survival, I finally committed to his demise – but left the ending open enough that if I ever decide to write a sequel, I can bring him back. (No promises though!) 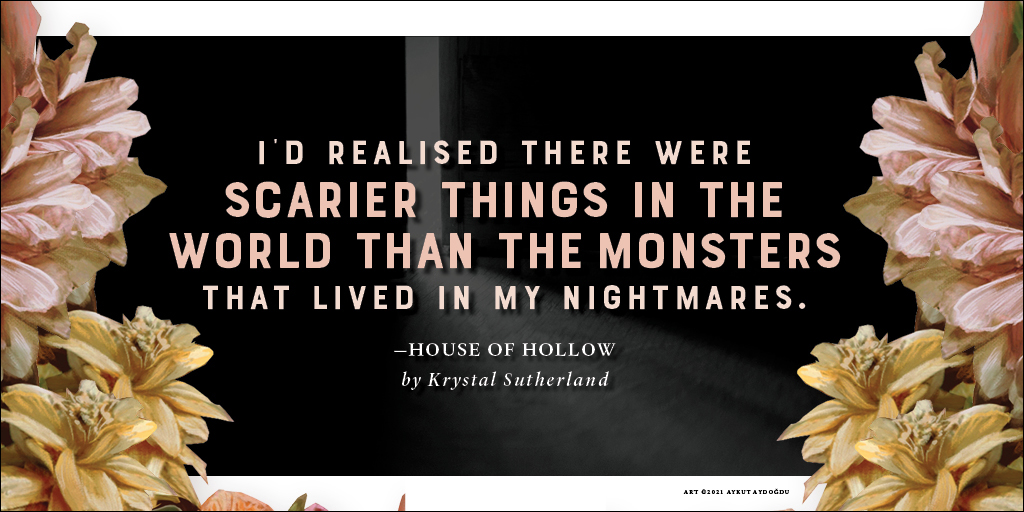 That’s right, in an early draft of House of Hollow, the villain stalking the girls was just some guy. Why was he following them? No clue! He was a cartoony, placeholder villain while I gave myself time to figure out who the real stalker was and what he wanted with the Hollow sisters. As soon as I remembered that the best villains are somewhat sympathetic – from their perspective, they’re doing the right thing – it clicked that the man dragging the girls back to the Halfway would be Gabe, hell bent on vengeance for what happened to his real daughters. 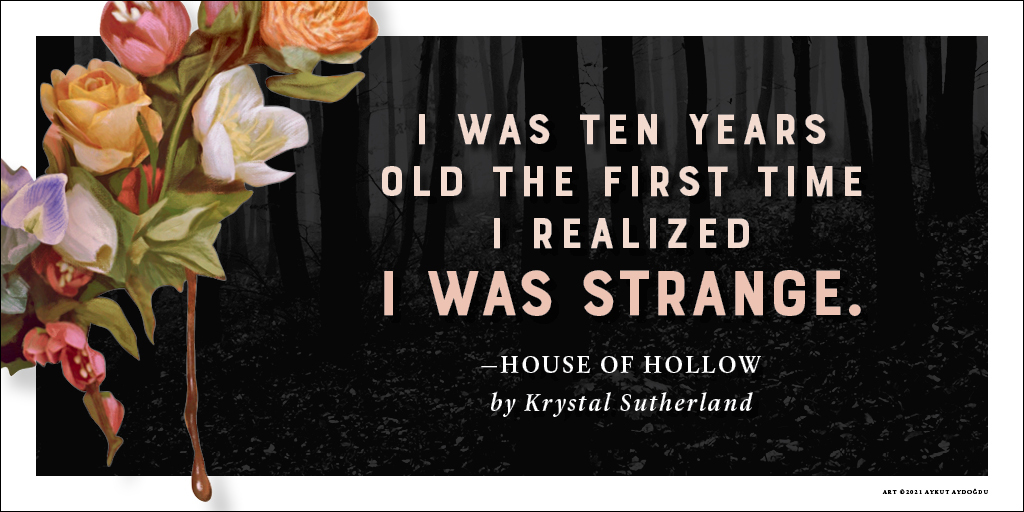 When I first started writing, I didn’t know what The Halfway was. I knew that three girls had fallen into it and that something bad had happened to them there, but I didn’t know why. My first idea what that it was a kind of slip world between realities; an accidental bubble that existed between our universe and another. In this (very, very early) draft, it was possible for someone to fall through a door into The Halfway and then walk through another door and end up in a different version of our world. It all started feeling very sci-fi though and I wanted to write a fairy tale, so I had to come up with a different idea of what The Halfway was. Again, it was my editor who saved the day (she’s a genius!): She told me The Halfway felt to her like Hell from the Robin William’s movie What Dreams May Come. As soon as she said that, everything clicked for me and The Halfway became a liminal space between life and death. 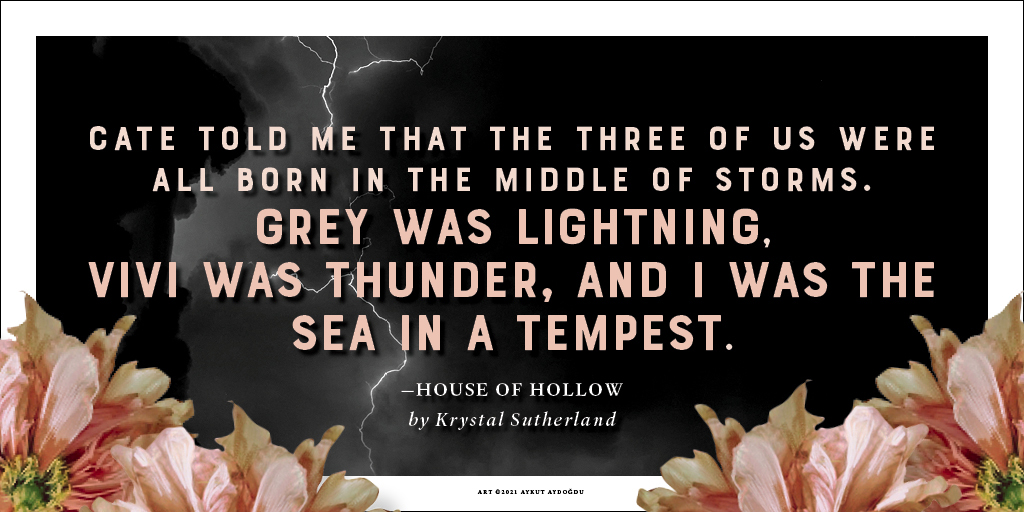 In my very first draft, Iris was a high school dropout who’d run away from home and was living under a fake identity somewhere in Europe to escape her unwanted fame. Vivi was a goody two shoes student studying at Oxford on a scholarship who tracked Iris down and told her that their estranged older sister, Grey, was missing. Something about their characterisations didn’t quite work. Iris was too volatile, too angry, too guarded to let the reader into her life. It also didn’t feel right for the sisters to not have a close relationship (in this draft they hadn’t spoken for years); I wanted them to be intensely intertwined so that when Grey disappeared, it really hurt them. So I flipped them: Iris became softer, sweeter, the youngest daughter left at home alone, pining after her older sisters. Vivi became wild and free-spirited, a punk rock soul who’d run away years earlier. The dynamic worked much better and the story started flowing. 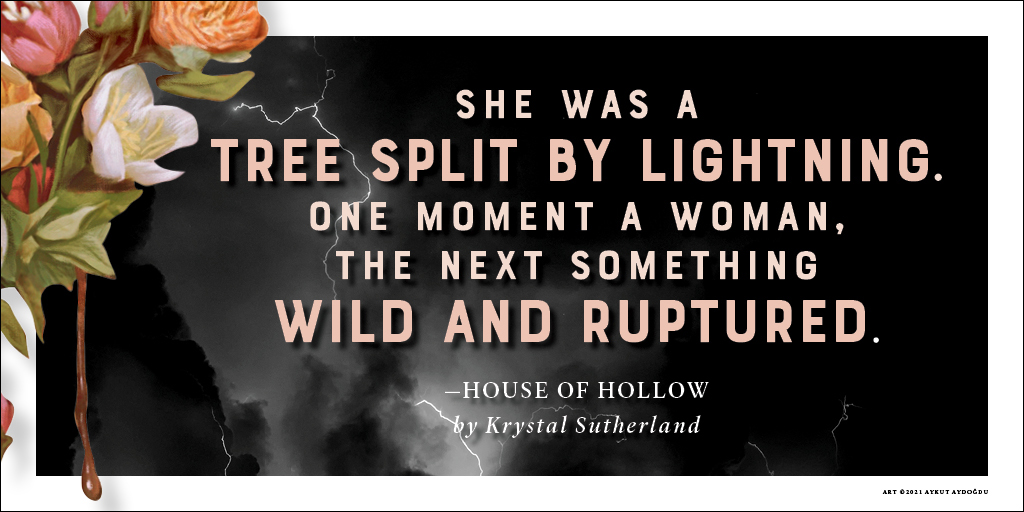 In the end of House of Hollow, it turns out that Grey is the big bad: She lured the Hollow sisters through the door to the Halfway and murdered them for their skins. While that was always the fate of the three girls, it wasn’t always Grey who did the skinning. Back when I didn’t quite know what The Halfway was, I imagined that many people had fallen into it and been unable to get home. A woman had fallen through and subsequently had three daughters, but she wanted to find a way to send them back to her world. In an early draft, it was this unnamed woman who lured the Hollow sisters through a broken door and skinned them to save her own children. It felt kind of weak, especially because the woman had since died and wasn’t around the explain her actions. As I wrote, Grey became more powerful and more morally Grey – I was sitting at my kitchen table when I had the epiphany that of course it was her who was responsible for what happened to the Hollow sisters.

Want to learn more about House of Hollow? Click here for more info!