Read a sneak peek of THE BONE SPINDLE by Leslie Vedder!

Fi is a bookish treasure hunter with a knack for ruins and riddles, who definitely doesn’t believe in true love.

Shane is a tough-as-dirt girl warrior from the north who likes cracking skulls, pretty girls, and doing things her own way.

Briar Rose is a prince under a sleeping curse, who’s been waiting a hundred years for the kiss that will wake him.

Set in a lush world inspired by beloved fairytales, The Bone Spindle is a fast-paced young adult fantasy full of adventure, romance, found family, and snark.

Scroll down to begin reading The Bone Spindle! 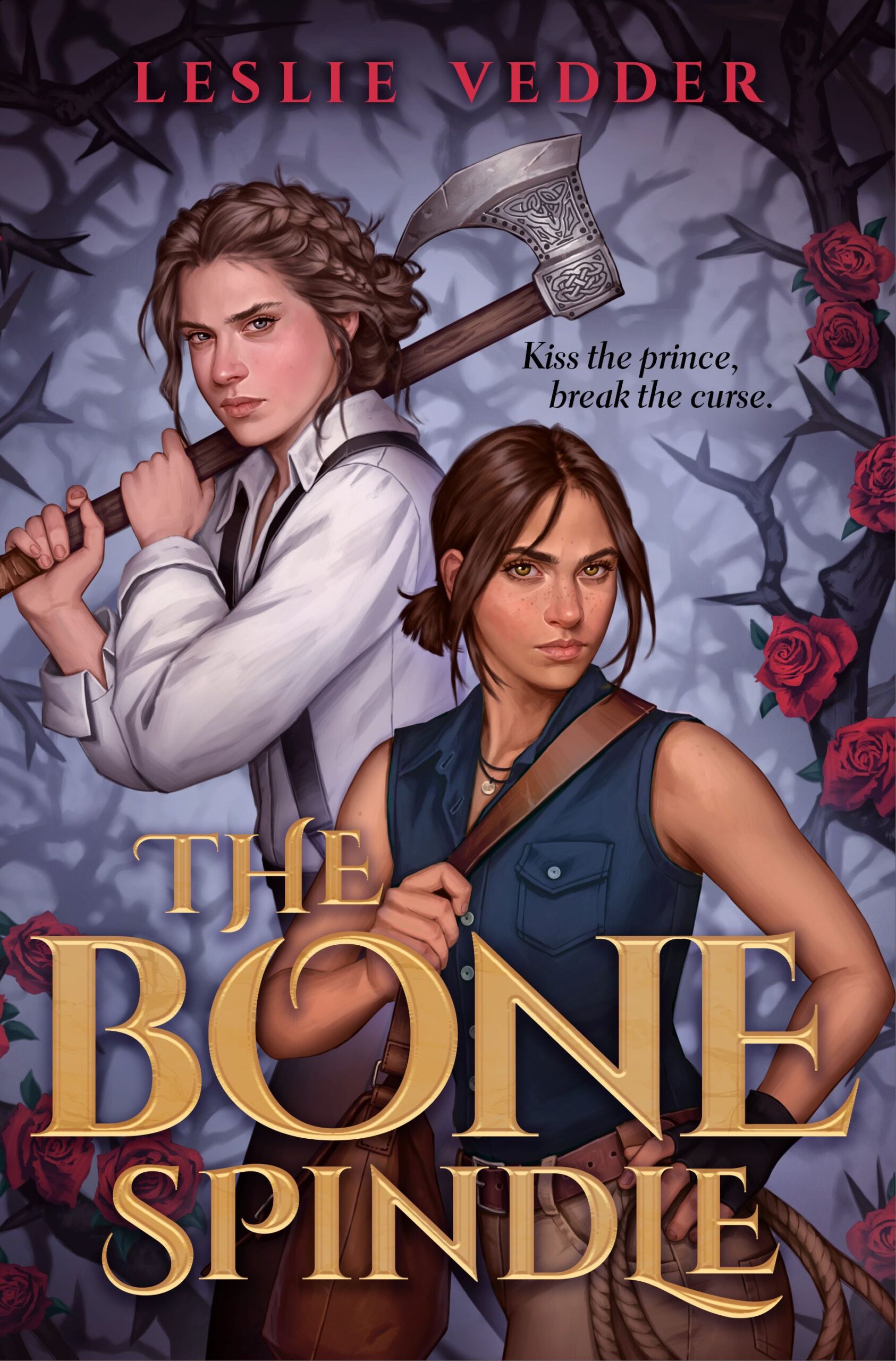 When they stepped through the opening, it felt as if they had entered an entirely different house. From here, they could look out over the lake, a view of the valley framed by carved archways of streaked yellow stone that led onto a crumbling balcony. The railing—constructed of a row of winding bronze roses—was badly tarnished, and Fi could see at least one patch where the wooden floorboards had fallen out altogether, leaving her peering down at the deep water below. She made a mental note to be careful where she stepped.

Fi could only imagine how beautiful this place must have been, even just a hundred years ago, before the last Witches had fled. It was the kind of building that probably could have stood another thousand years if anyone had been around to tend to it.

In the evening light, the floating specks of dust from the broken spell burned like flecks of gold, illuminating wall-to-wall bookshelves filled with all the things someone had hidden here: old vials of colored glass; fine porcelain teacups hand-painted with blushing roses; and spools of expensive fabrics dyed burgundy and cobalt, the trademark colors of the silk makers in southern Andar. Fi hadn’t seen craftsmanship like this since the antique shops of Pisarre. Darfell was rich in ore, wood, and wine, but most of its exports were raw materials. Artifacts like this had to be from Andar. The shelves bowed under the weight of ancient books with thick cloth bookmarks spilling over the yellowed pages.

Fi glanced over at Shane, who had gone straight for the treasure. A weathered chest on the far side of the room spilled over with gold chains and ropes of jewels. A silver crown set with pink diamonds already sat askew on the girl’s head. Fi sighed. In that way, Shane was like every other treasure hunter she’d ever known.

Fi had just stepped around a hole in the creaking floorboards, making for the books, when something else caught her eye. A narrow alcove had been cut into the wall near the balcony, and inside sat a long, low table draped in black cloth. Something shone in the table’s center, something that gleamed like shards of white marble. No, Fi realized as she moved toward it—it was bone.

She drifted closer and stared down at the shattered pieces of a bone drop spindle, smooth and pure white as if they had just been polished. She couldn’t tear her eyes away. A few rust-red drops clung to the whorl, and Fi suddenly wondered whether this was the spindle from the story, the one that had been hidden in Briar Rose’s garden.

Her hand seemed to move on its own. Almost against her will, she found herself reaching for the broken piece of the shaft. She hissed as something bit into her finger, making her jerk back. Only now did she notice the snapped-off end of the spindle hidden under the other pieces, sharpened to a point.

Suddenly it was hard to think. Black slanted into the edge of her vision, and all the blood in her body seemed to be rushing the wrong way, leaving her faint. Fi stumbled backward onto the sagging balcony. Her legs trembled as if the floor had begun to shake. A drop of blood welled up on the tip of her finger. Fi stared at it, captivated, the words from the ruin’s door echoing in her mind.

Shane’s shout brought Fi back to herself in a rush. She hadn’t imagined it—the weathered boards under her feet were shaking and groaning. The balcony was collapsing under her weight. A great crack split the air as the support joists snapped out of the divots in the stone wall.

Fi jumped away, but she was too late. She felt a great heave in her stomach as the whole balcony collapsed, taking a large chunk of the room with it.

She threw her rope helplessly toward the carved archways. The metal ring bounced off the stone—and then she was falling, the breath crushed out of her. Shane threw herself down at the edge of the ripped-apart floor, her hand outstretched over the gap. The distance between them might as well have been a mile. All Fi could hear was the echo of Shane shouting her name as she plunged toward the lake.

At least I didn’t take any of the precious books down with me.

It was her last thought before she hit the water. 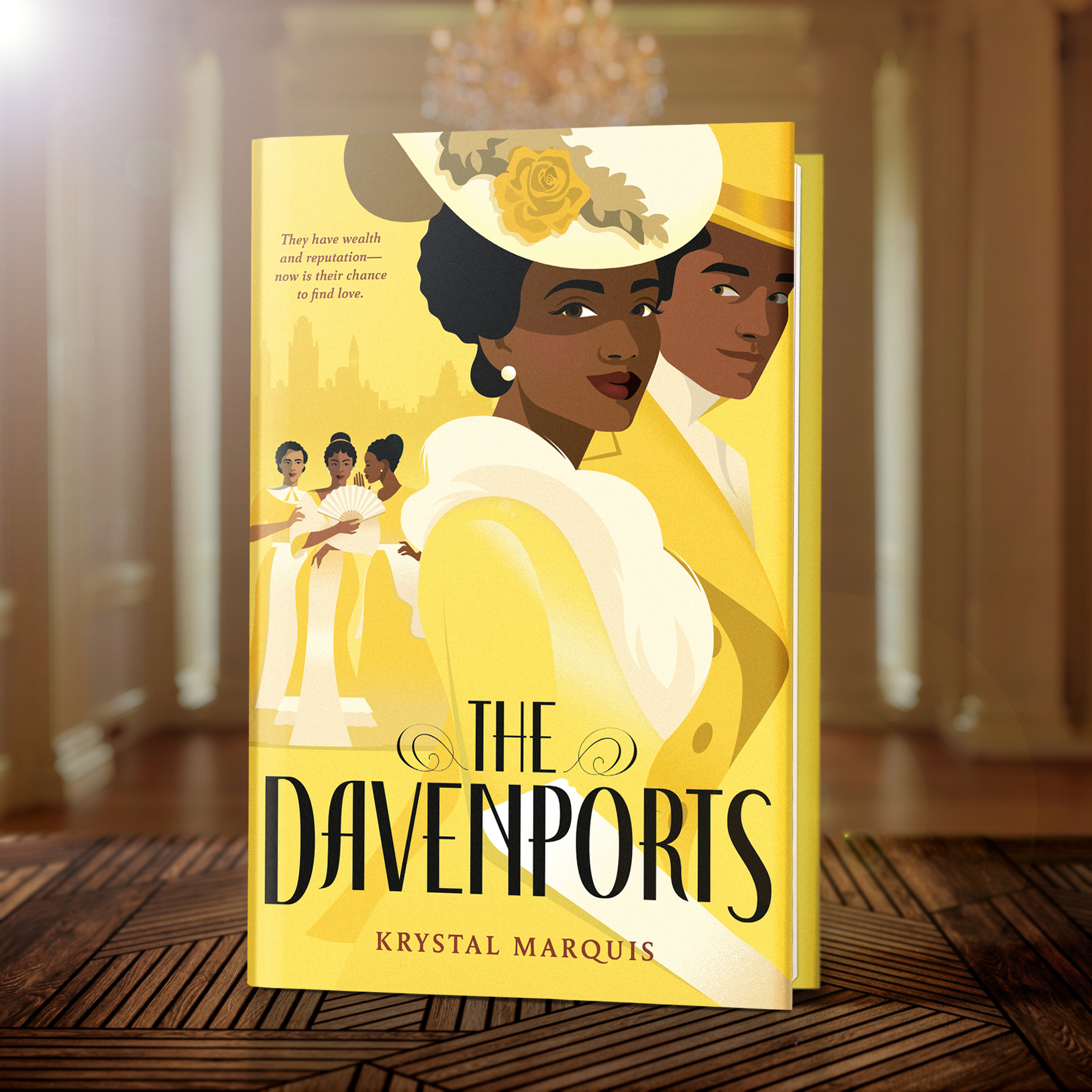 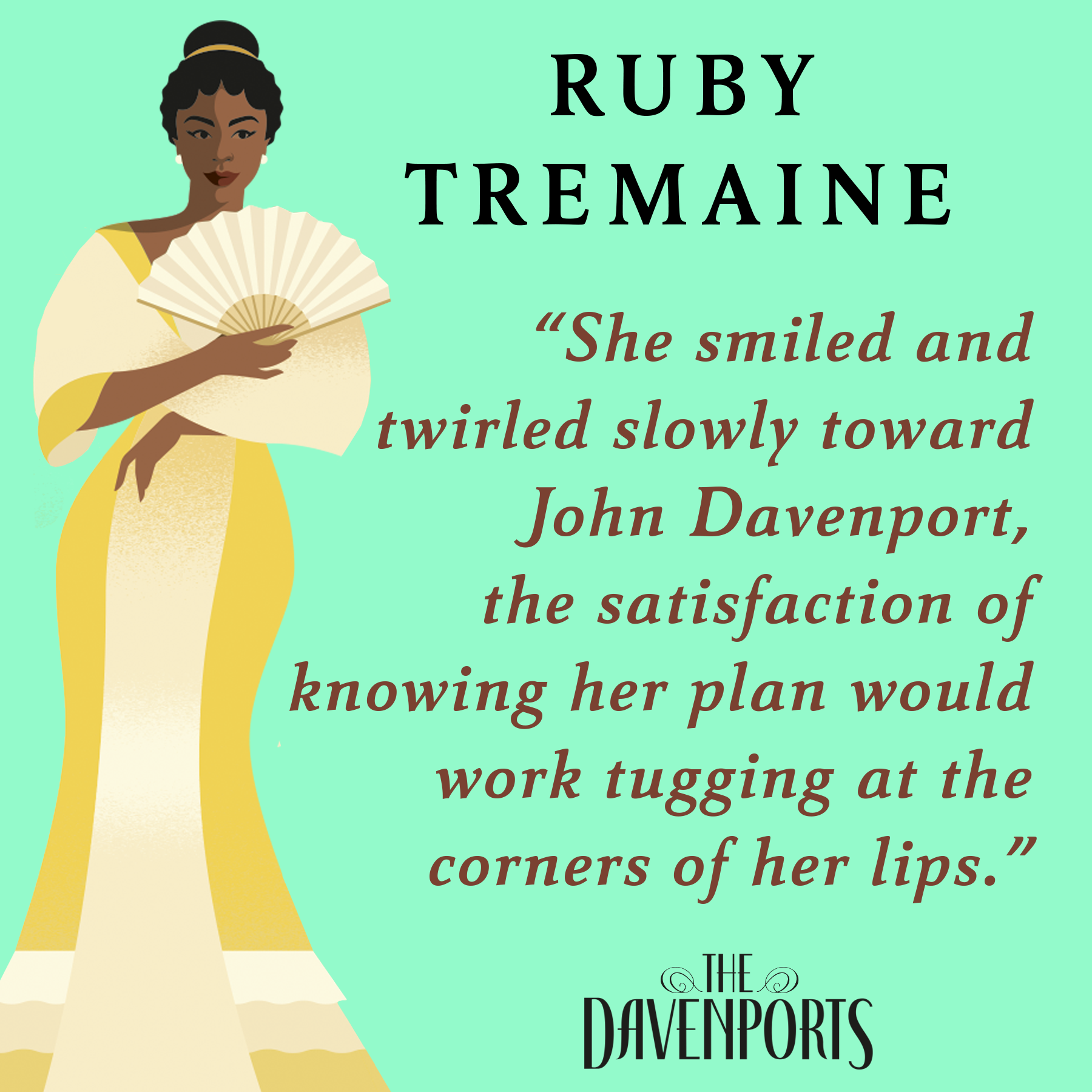 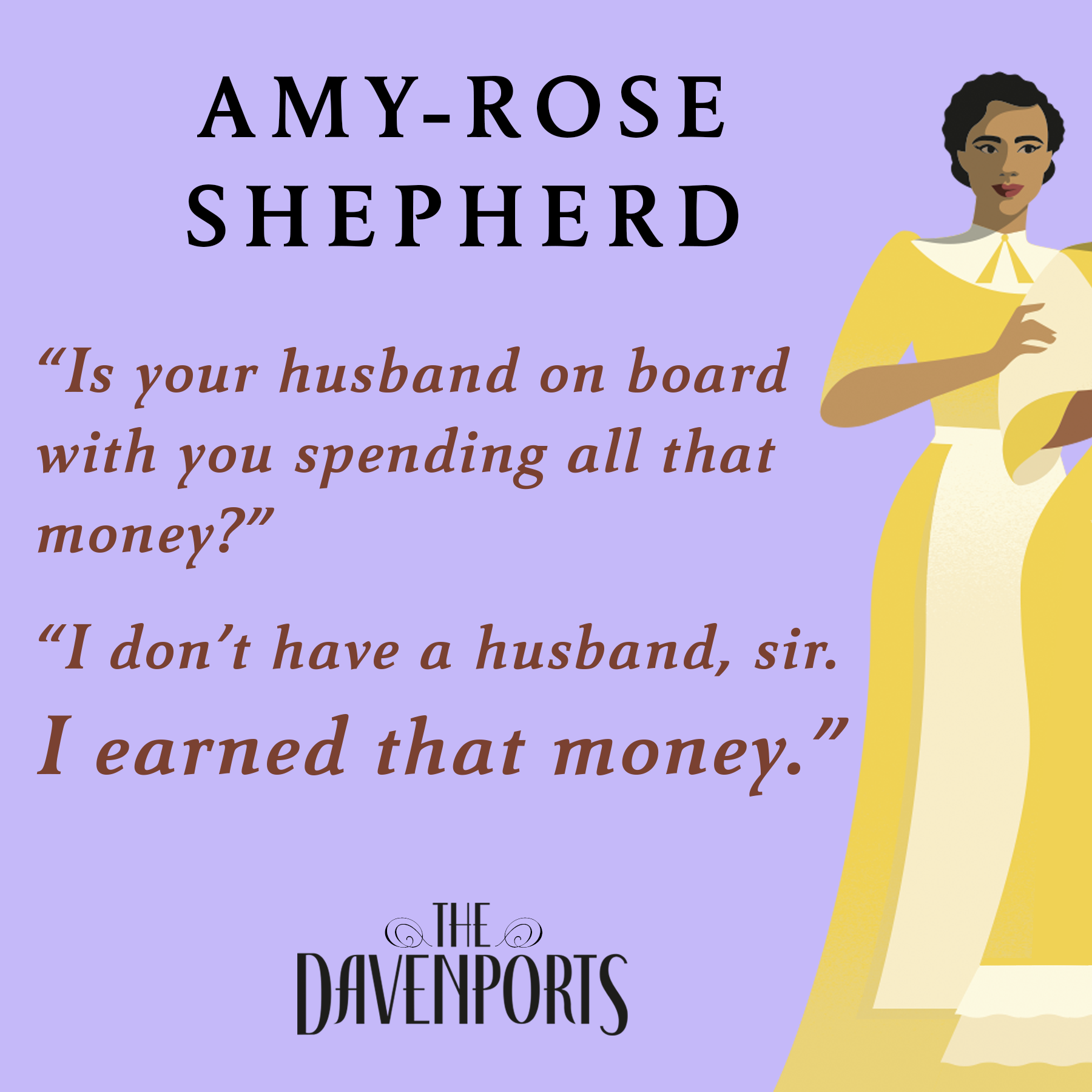