Spring! Birds are chirping, new life is in the air and NEW BOOKS ARE IN THE WORLD! And Spring 2020 is packed full of amazing reads. But first, you just have to see these covers that are so #bookstagramgoals you’ll be counting down the days until you can get them on your shelf!

Today, we are revealing not one, not two, but SIX covers! New books will be added here as they are revealed, so keep an eye out here, on our Instagram, and Twitter to be in the know!

First up? The Last Confession of Autumn Casterly by Meredith Tate 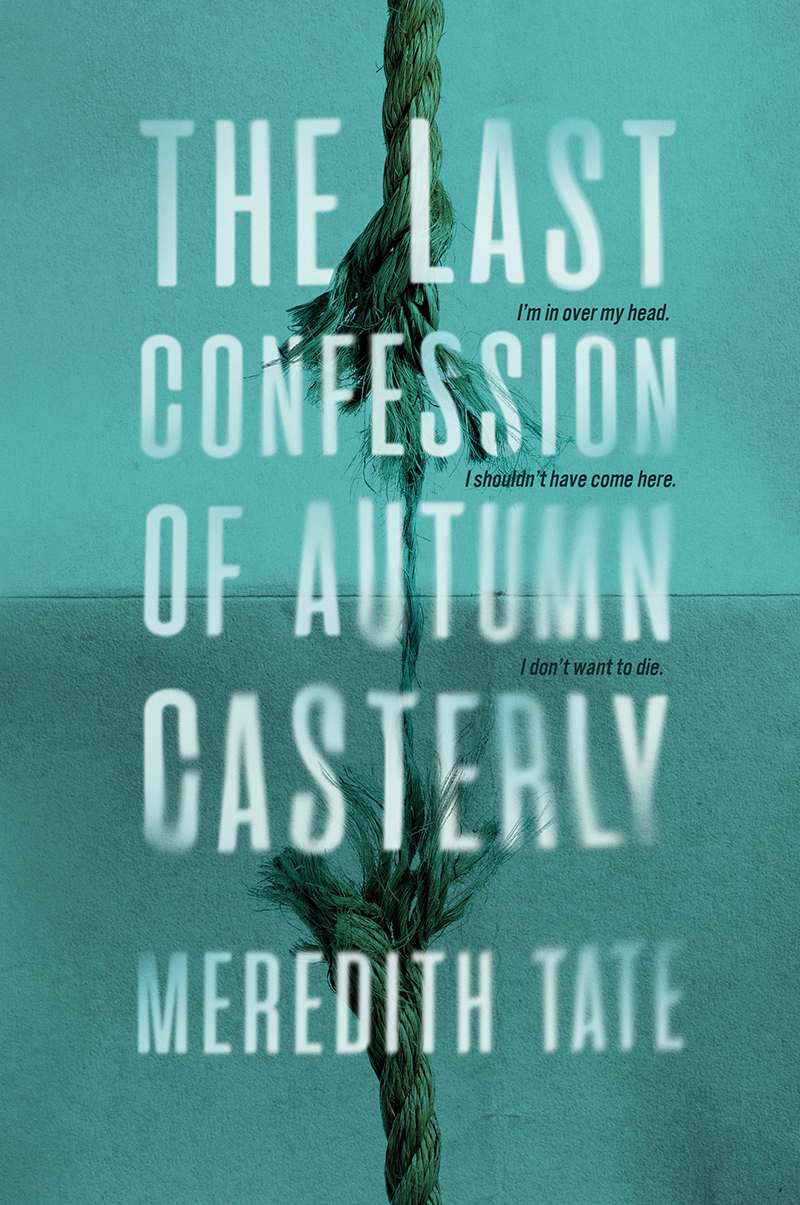 If I Stay meets One of Us is Lying in this gripping contemporary thriller.

When band-geek Ivy and her friends get together, things start with a rousing board game and end with arguments about Star Wars.

But Autumn might not be tough enough. After a drug deal gone wrong, Autumn is beaten, bound, and held hostage. Now, trapped between life and death, she leaves her body, seeking help. No one can sense her presence–except her sister.

When Autumn doesn’t come home, Ivy just knows she’s in trouble. Unable to escape the chilling feeling that something isn’t right, Ivy follows a string of clues that bring her closer to rescuing her sister… and closer to danger.

Autumn needs Ivy to find her before time runs out. But soon, both sisters realize that finding her also means untangling the secrets that lead to the truth–about where they’re hiding Autumn, and what Autumn has been hiding.

If you’re looking for that tense turn-the-pages-until-3am read, this is the book for you!!

Next up: Break the Fall by Jennifer Iacopelli 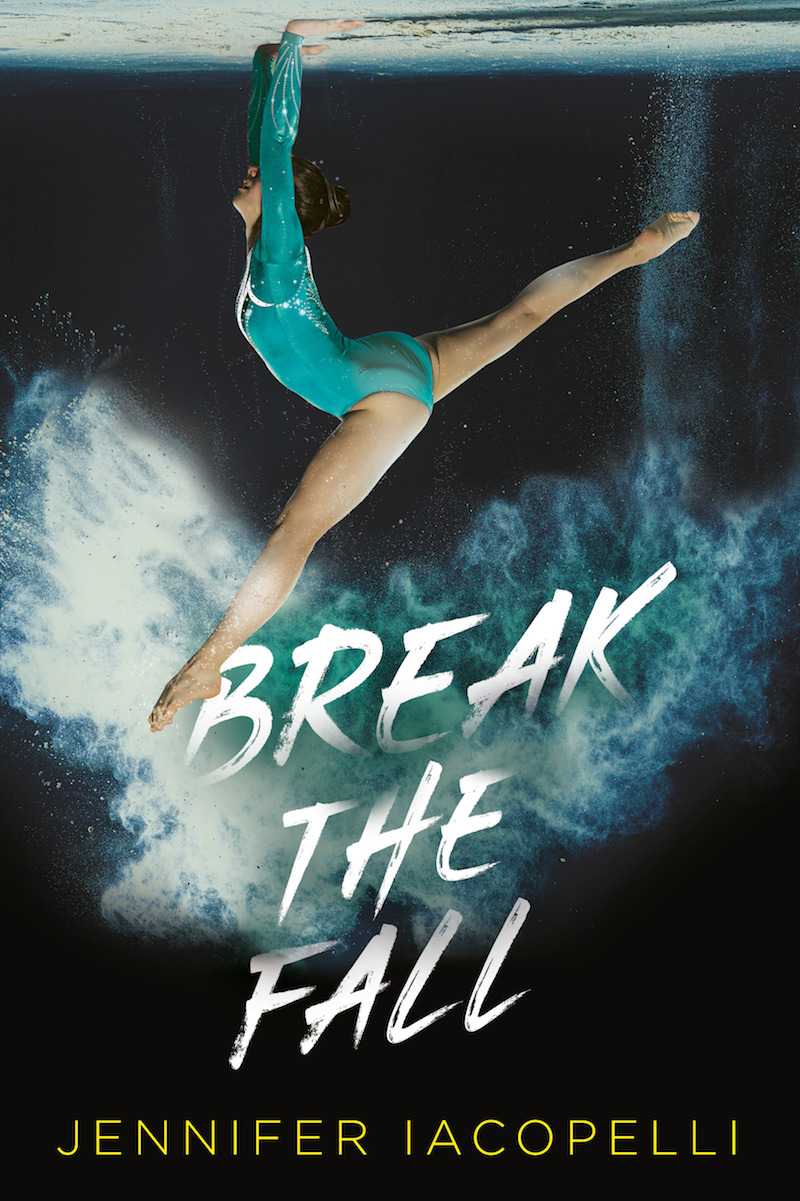 “This book makes you understand exactly what it is like to compete as a woman at the highest level in sport, and it is exhilarating and satisfying indeed.” –Holly Sorensen, Television Creator/Showrunner, Make it or Break It, Step Up: High Water

Audrey Lee is going to the Olympics.

A year ago, she could barely do a push up as she recovered from a spine surgery, one that could have paralyzed her. And now? She’s made the United States’ gymnastics team with her best friend, Emma, just like they both dreamed about since they were kids. She’s on top of the world.

The pressure for perfection is higher than ever when horrifying news rips the team apart. Audrey is desperate to advocate for her teammate who has been hurt by the one person they trusted most–but not all the gymnasts are as supportive.

With the team on the verge of collapse, the one bright spot in training is Leo, her new coach’s ridiculously cute son. And while Audrey probably (okay, definitely) shouldn’t date him until after the games, would it really be the end of the world?

Balancing the tenuous relationship between her teammates with unparalleled expectations, Audrey doesn’t need any more distractions. No matter what it takes, she’s not going to let anyone bring them down. But with painful revelations, incredible odds, and the very real possibility of falling at every turn, will Audrey’s determination be enough?

If you’re all about female sports athletes being BOSSES (Hello Megan Rapinoe!) then Break the Fall is definitely for you!

Then we have: Flowers in the Gutter by K.R. Gaddy 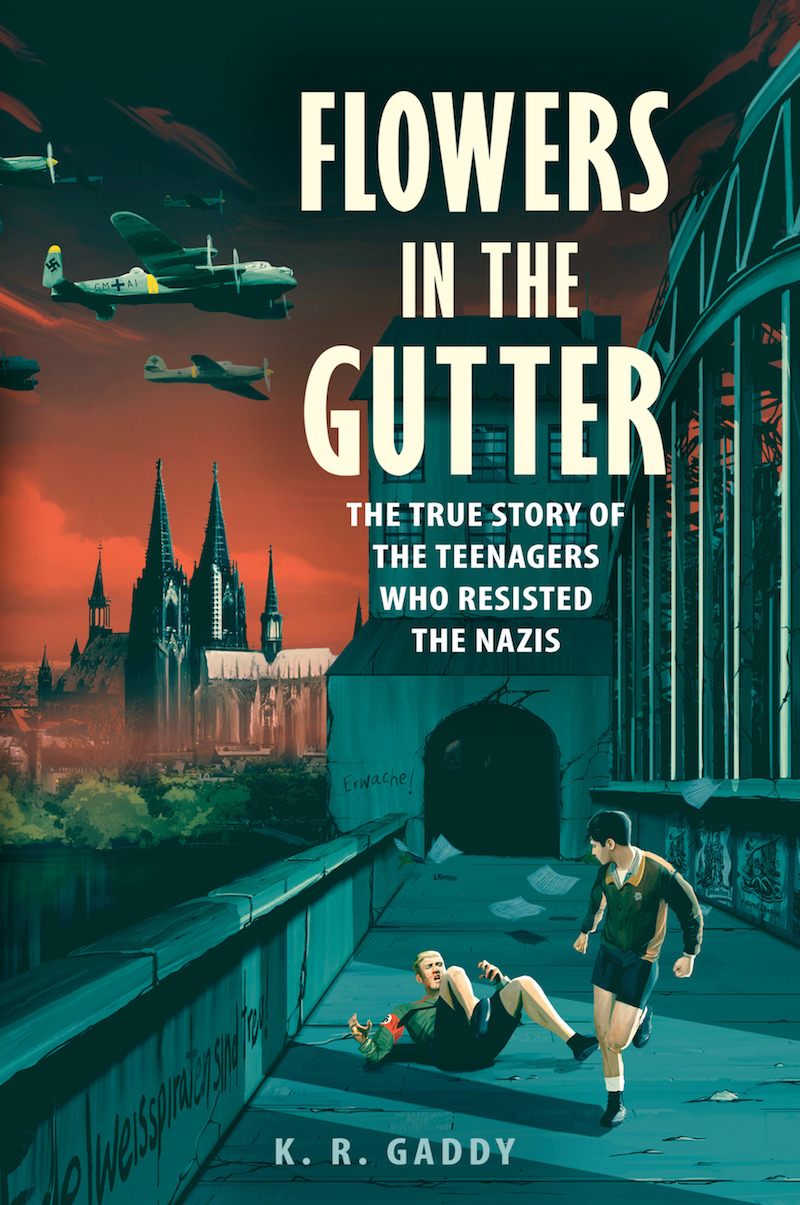 Photo-illustrated nonfiction, the story of the Edelweiss Pirates, a group of working-class teens who not only survived but resisted the Nazis by whatever means they could, even when they knew it could cost them their lives.

Flowers in the Gutter is told from the points of view of Gertrude, Fritz, and Jean, three young people from working-class neighborhoods in Cologne, beginning with their pre-school years at the dawn of the Third Reich in the 1930s. Gaddy shows how political activism was always a part of their lives and how they witnessed first-hand the toll it took on their parents–and how they still carried the torch for justice when it was their turn.

Once the war began, Gertrude, Fritz, and Jean and their friends survived and even resisted in one of the most heavily bombed cities in Germany. Gaddy includes tense accounts of fights with Hitler Youth and the Gestapo, of disseminating anti-Nazi pamphlets, of helping POWs and forced laborers, and even of sabotaging Nazi factories.

Ultimately, the war ended tragically for several young pirates, and Gaddy shows how post-war politics and prejudices led to these young men and women being branded criminals for decades after the war.

If you’re looking for stories of young activism and unsung heroes in times of strife, then Flowers in the Gutter needs to be your next nonfiction read!

After that: Hello Now by Jenny Valentine 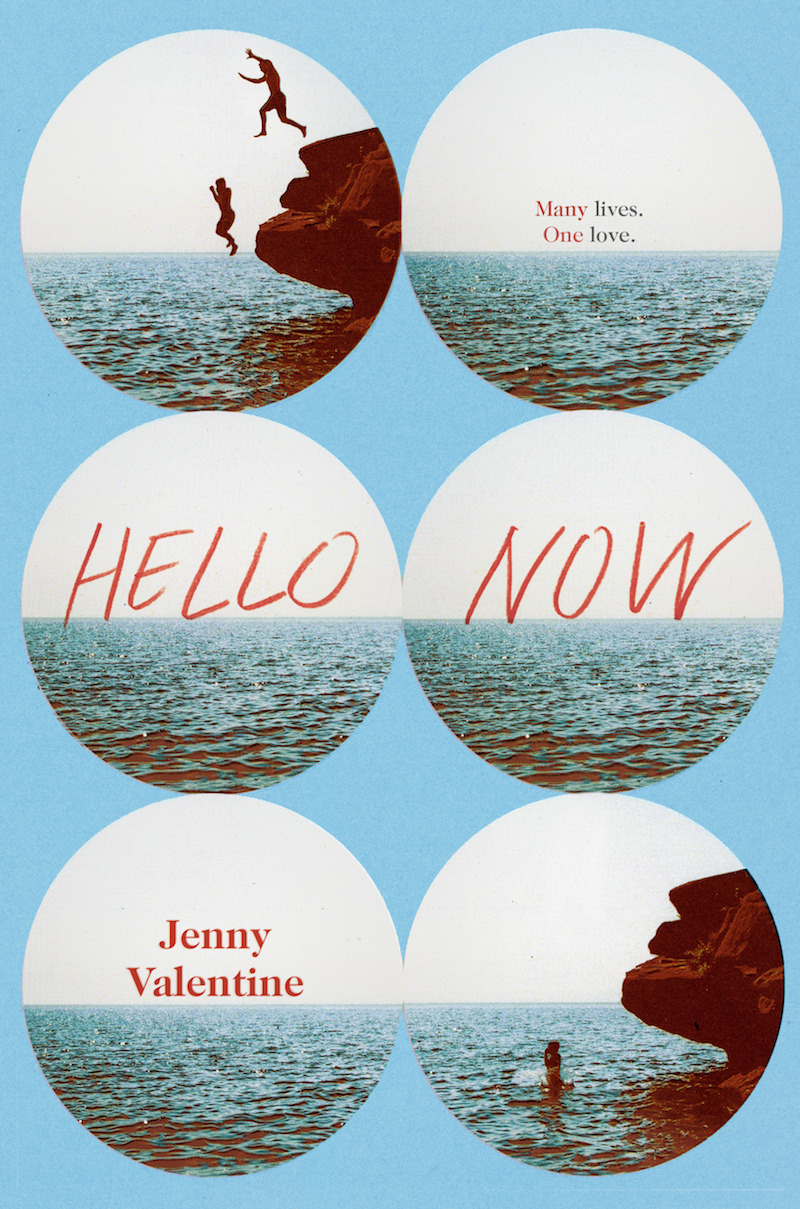 Jude doesn’t believe in love, or magic. Life is little more than ordinary. That is, until Jude’s mother loses her job and moves them to a little town by the sea to live with Henry Lake–an eccentric old man with rooms to rent. Henry is odd, the town is dull, and worst of all, Jude feels out of place and alone.

So when Novo turns up in the house across the street, dressed all in black and looking unbearably handsome, Jude’s summer takes an immediate turn for the better. But Novo isn’t all that he seems to be–or maybe he’s more than Jude can possibly understand. Novo is pure magic–someone who can bend and stretch the bounds of time. Someone who wakes up in different places and at different points in history with utter regularity. He knows that each Now is fleeting, that each moment is only worth the energy it expends on itself, and that each experience he has will be lost to him before long.

But Jude and Novo form a bond that shifts reality for both of them. Jude begins to question what forever really means–only to find out that Novo knows that forever isn’t real. And when things go horribly wrong, Jude and Novo are faced with an impossible question that may change both of their lives irreparably–what is worth sacrificing for love?

A stunningly written, compelling exploration of what it means to love and live in the moment that quite literally defies both logic and time.

If you’re looking for a story about whether love can truly be everlasting, then Hello Now will melt your heart! 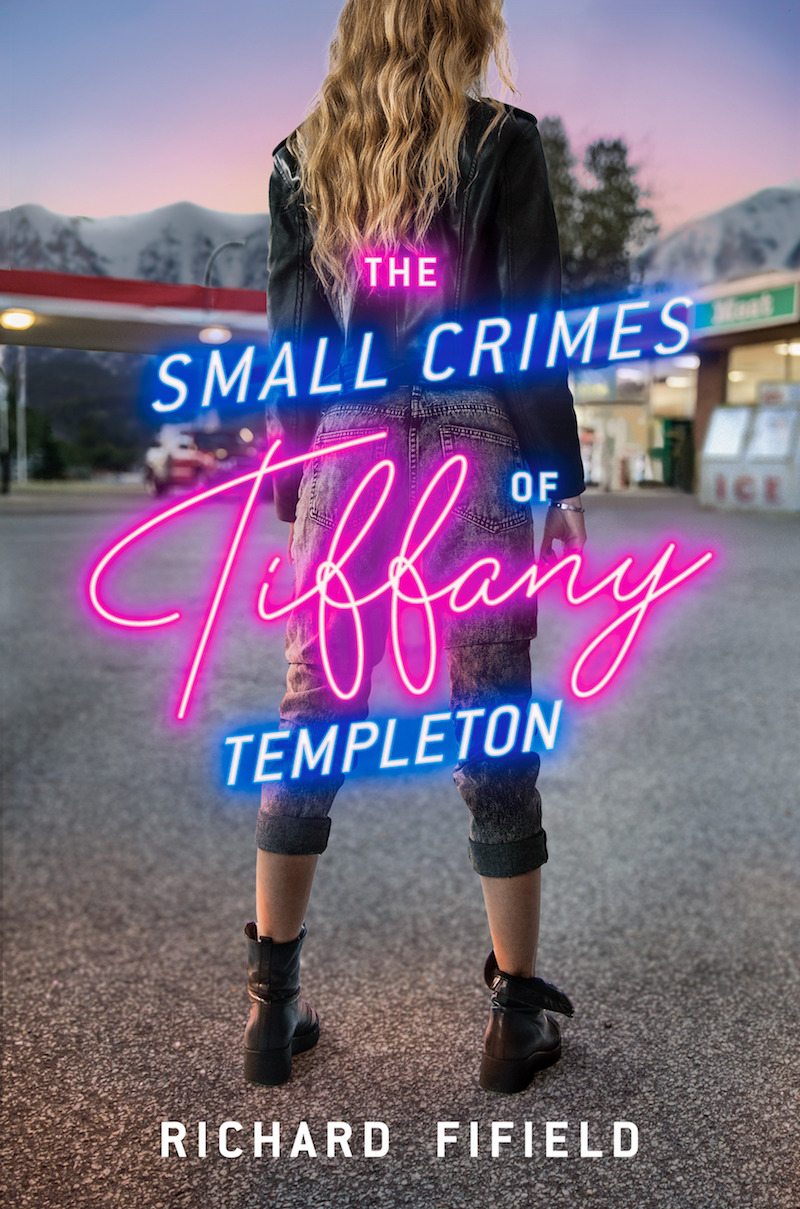 The Serpent King meets Girl in Pieces in this moving and darkly funny story about a teenage girl coming of age and learning how to grieve in small-town Montana.

Tiffany Templeton is tough. She dresses exclusively in black, buys leather jackets that are several sizes too big, and never backs down from a fight. She’s known in her tiny Montana town as Tough Tiff, and after her shoplifting arrest and a stint in a reform school, the nickname is here to stay.

But when she comes back home, Tiffany may not be the same old Tough Tiff that everybody remembers. Her life is different now: her mother keeps her on an even shorter leash than before, she meets with a probation officer once a month, and she’s still grieving her father’s recent death.

As Tiffany navigates her new life and learns who she wants to be, she must also contend with an overbearing best friend, the geriatric cast of a high-maintenance drama production, her first boyfriend, and a town full of eccentric neighbors–not to mention a dark secret she’s been keeping about why the ex-football coach left town.

If you’re looking for a small-town bad girl who might not be so tough underneath, or if you’re a Veronica Mars fan, this is the book for you!

We continue with: Look by Zan Romanoff 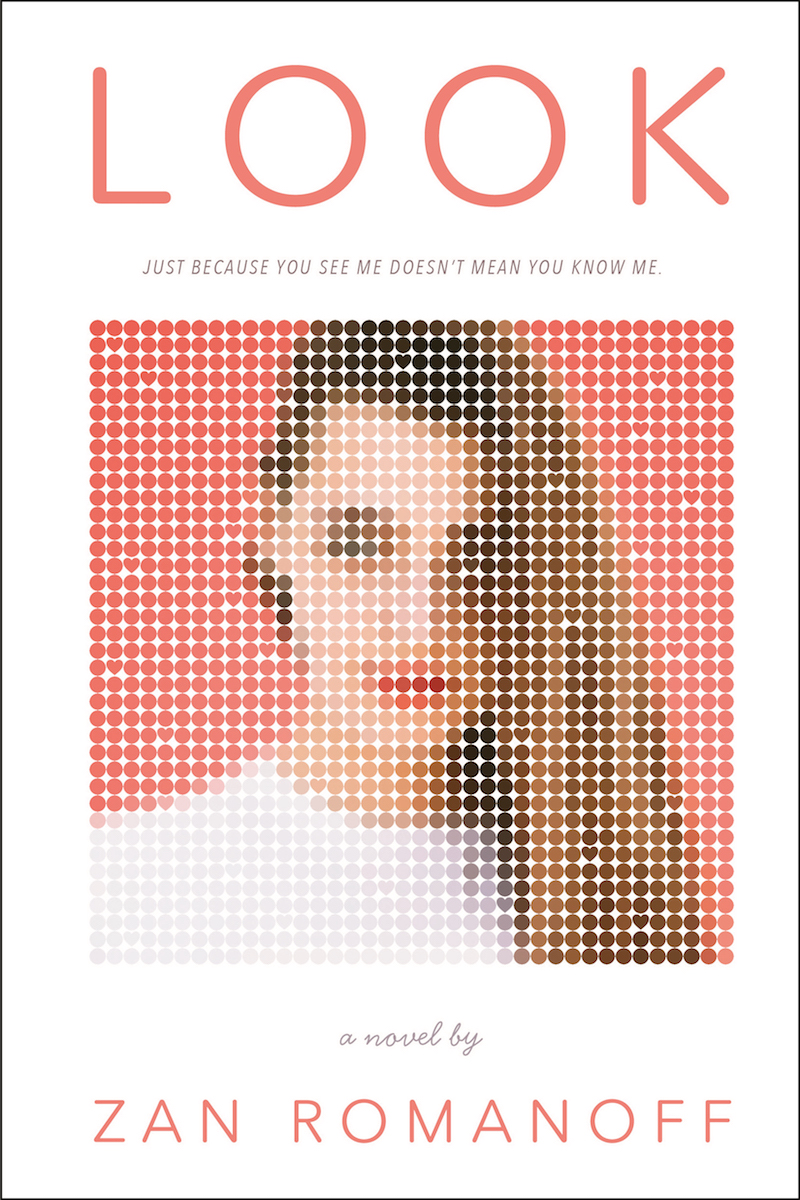 “The Prom Queen of Instagram” meets We Are Okay in this totally enthralling, emotionally deep, contemporary YA.

Things Lulu Shapiro’s 10,000 Flash followers don’t know about her:
* That the video of her with another girl was never supposed to go public.
* That Owen definitely wasn’t supposed to break up with her because of it.
* That behind the carefully crafted selfies and scenes Lulu projects onto people’s screens, her life feels like a terrible, uncertain mess.

Then Lulu meets Cass. Cass isn’t interested in looking at Lulu’s life, only in living in it. And The Hotel–a gorgeous space with an intriguing, Old Hollywood history and a trust-fund kid to restore it–seems like the perfect, secret place for them to get to know each other. But just because Lulu has stepped out of the spotlight doesn’t mean it’ll stop following her every move.

Look is for fans of Emergency Contact, Everything, Everything, and We Are Okay. It’s a story about what you present vs. who you really are, about real intimacy and manufactured intimacy and the blurring of that line. It’s a deceptively glamorous, feminist, emotionally complex, utterly compelling, queer coming-of-age novel about falling in love and taking ownership of your own self–your whole self–in the age of social media.

If you’re looking for a queer love story about the true impact of social media, then you’ll fall in love with Look faster than it takes you to run out of 280 characters!

And finally: We Were Promised Spotlights by Lindsay Sproul 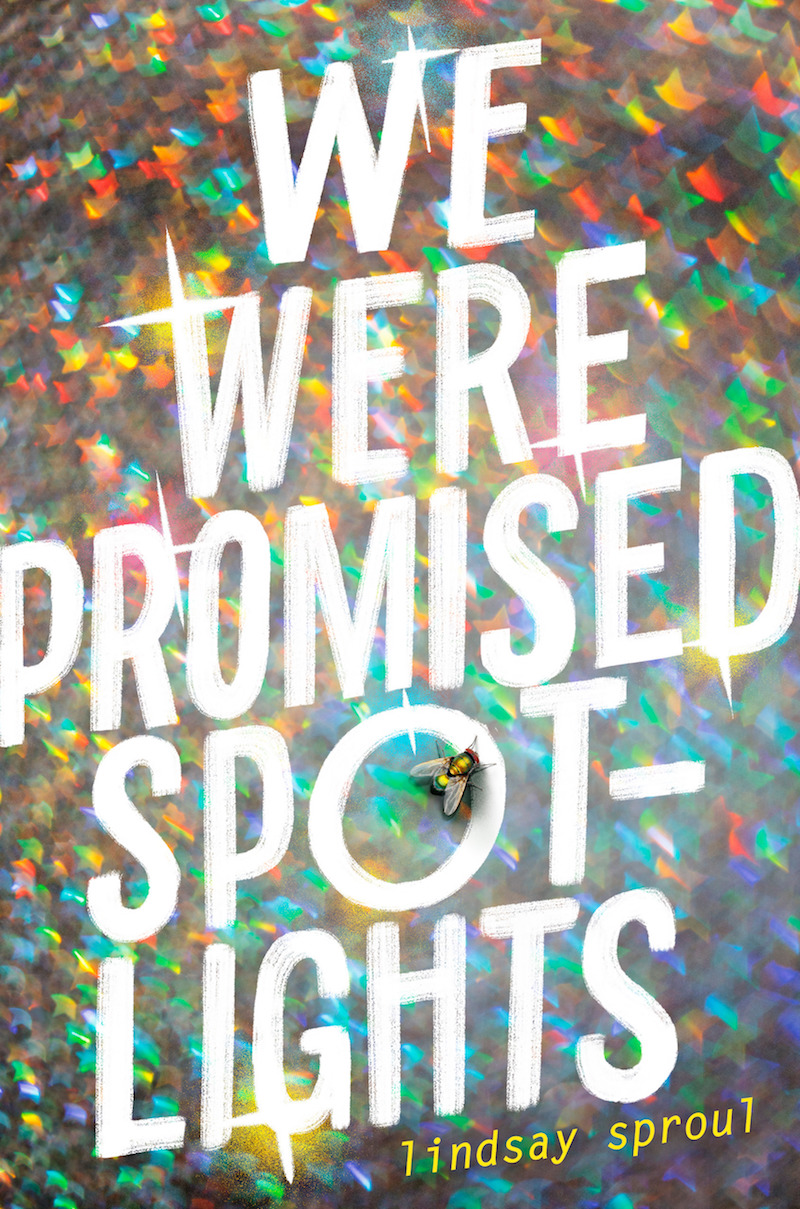 The Miseducation of Cameron Post meets Everything Leads to You in this queer young adult novel.

Taylor Garland’s good looks have earned her the admiration of everyone in her small town. She’s homecoming queen, the life of every party, and she’s on every boy’s most-wanted list.

People think Taylor is living the dream, and assume she’ll stay in town and have kids with the homecoming king–maybe even be a dental hygienist if she’s super ambitious. But Taylor is actually desperate to leave home, and she hates the smell of dentists’ offices. Also? She’s completely in love with her best friend, Susan.

Senior year is almost over, and everything seems perfect. Now Taylor just has to figure out how to throw it all away.

Lindsay Sproul’s debut is full of compelling introspection and painfully honest commentary on what it’s like to be harnessed to a destiny you never wanted.

If you’re looking for a queer love story about shooting your last shot before high school ends forever, this one is for you!