As we bid To All the Boys I’ve Loved Before farewell, Jennifer Yen, author of A Taste for Love, is sharing her thoughts on the Netflix finale To All the Boys: Always and Forever, and Asian American representation on screen. Scroll down to read! 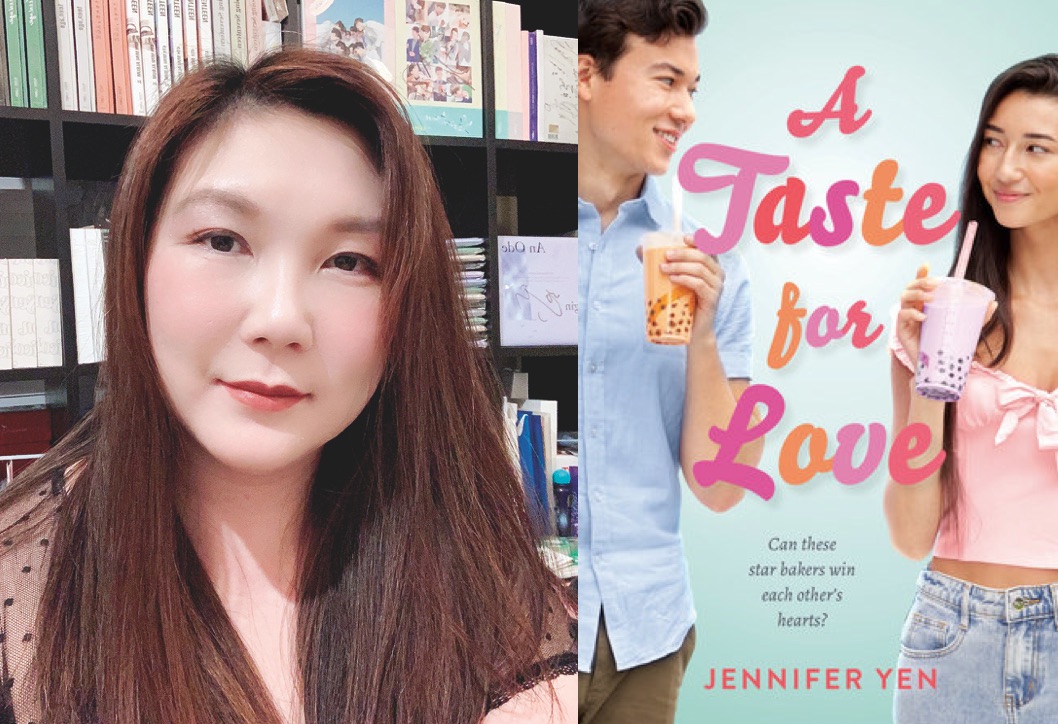 Recently, we said a bittersweet farewell to Lara Jean and Peter when Jenny Han’s To All the Boys: Always and Forever released on Netflix. As expected, the end of such an amazing trilogy brought forth a whole host of different emotions—some of which I’m still working through now.

When To All the Boys I Loved Before was announced, like many other fans of the books, I was unbelievably excited. The movie was part of a growing movement towards more diverse representation in media. As with Crazy Rich Asians before it, we had an Asian American actress portraying not just a main character, but a romantic lead. What struck me the most, however, wasn’t seeing a face like mine on screen. It was the way Lara Jean subtly challenged how we view Asians and Asian Americans.

Her life is wonderfully messy, but it isn’t due to her race or culture. It’s because she’s a teenager dealing with all the difficulties that come with first love and growing up. She faces frenemies, bullying, and complicated life decisions, things we can all relate to. The impact of her mother’s death on Lara Jean is universal, as is the way it affects her relationship with Peter. The loss is deeply felt not because of its tie to her culture, but because she misses not having her mom around during a pivotal stage of her life.

The Covey girls aren’t meek or quiet, but they still respect traditions and value their culture. They embrace their Korean heritage while living a fundamentally American life. Lara Jean and her sisters are also smart and work hard, but they’re not social outcasts. They each have their own style and fashion sense, friends they spend time with, and ambitions beyond being valedictorian of their class. Their academic performances are part of the fabric of their lives, rather than the center of their world.

As for Peter, he doesn’t like Lara Jean because she’s Asian. He falls for her kindness, determination, and honesty. Their relationship is built on a genuine connection and shared experiences. Their challenges are the same as what any couple would face, regardless of race. While Lara Jean’s trip to Korea does shift the way she thinks about her future, in the end, it is her feelings for him that leaves her conflicted. Her decisions about college aren’t driven by cultural expectations, but the need to figure out what’s most important to her.

What we ultimately see is that throughout the trilogy, Lara Jean’s race, though clearly evident, is not the focal point of her story. Yes, it colors the lens through which she sees the world, but rather than defining her, it’s one piece of the puzzle that makes up who she is. Her story invites us to recognize Lara Jean and her sisters as real people, not a combination of stereotypes society has imposed on Asians and Asian Americans. That is the reason why I will miss To All the Boys, and why Lara Jean will always have a special place in my heart. She taught us to appreciate everything that make us whole, but always reminded us we are more than the sum of our parts. It’s a lesson worth revisiting time and time again.

So, Lara Jean, this isn’t goodbye.

Looking for some reads to snuggle up with? These 13 magical reads will sweep you away!