So, This Is Christmas

When Finley Brown returned to her hometown of Christmas, Oklahoma, from boarding school, she expected to find it just as she left it. Christmas hasn't changed much in her sixteen years. But instead she returns to find that her best friend is dating her ex-boyfriend, her parents have separated, and her archnemesis got a job working at her grandmother's inn. And she certainly didn't expect to find the boy she may or may not have tricked into believing that Christmas was an idyllic holiday paradise on her grandmother's doorstep. It's up to Finley to make sure he gets the Christmas he was promised. This is Finley's Christmas. It's about home and family and friends and finding her place, and along the way she also finds the best Christmas present of all: love.

So, This Is Christmas

“Are you serious?” I stared at my grandmother in disbelief.

We were in the alcove near the kitchen and I’d just taken off my apron, my thoughts firmly on the idea of going upstairs to take a nap. It’d been a long day and it was still only four in the afternoon.

Instead, my grandmother found me and asked me a favor.

“Yes,” she said. “Arthur wants to buy some appropriate attire for the reindeer farm.”

“What’s appropriate for a reindeer farm?”

“He doesn’t have jeans?” I asked, incredulous.

Actually, I could totally see that. But still. “Why do I have to go with him, though? What about his aunt?”

“Esha is feeling the effects of jet lag and wants to take a quick nap”—Me too, I silently shouted—“before dinner, but she also doesn’t want Arthur to go by himself.”

“He’s seventeen,” I tried to reason.

“He’s our guest.” Grandma Jo hit me with yet another look. “And it will ease the mind of his aunt. Who is also our guest.”

My lips pressed together tightly. I tried another angle. “But I can’t drive.”

I was less than two weeks into being sixteen and didn’t have my driver’s license yet. Sure, most kids rush out to get their permit the first moment they can, but the truth was, driving always made me nervous. Especially after my mother’s lone, white--knuckled attempt to teach me last spring that left us both perfectly fine with never trying that again.

“You can walk,” Grandma Jo assured. “There are shops two blocks up the street. Getting outside will do you good.”

Damn. Thwarted. Dad might be the chess player in the family, but Grandma Jo was the one always three moves ahead.

I was about to raise the possibility/likelihood that Arthur didn’t want to go with me when Grandma Jo glanced over my shoulder and smiled brightly.

I turned to see the subject of our debate appear from around the corner, already dressed to head outside. He smiled at my grandmother in return and even gave the slightest bow. Guess he did have manners after all. Just not for me.

“So, Finley here will go with you on your shopping trip.”

He was obviously caught off guard by the idea and I saw my opening. “Unless you want to go by yourself,” I said quickly.

“Finley knows exactly where to go,” Grandma Jo said before he could respond, her hand on my elbow. “She’ll make sure you get what you’re looking for. And it’ll make your aunt feel so much better knowing you have company.”

His dark eyes finally met mine.

I tried to telegraph, Not my idea!

This earned a straightening of shoulders and a forced smile. But, like me, he was no match for my grandmother, so he wisely said, “Wonderful . . .”

And five minutes later, I was bundled against the cold in my coat, scarf, and knit hat and walking beside Arthur up the residential block where the inn was located. Our destination was Boots Boulevard, a commercial street with a string of ’80s strip malls that contained about a third of the active stores from its heyday. The rest were left with for lease signs in the windows.

Neither of us said a word.

To my surprise, he let me lead. My goal was to get this over with as fast as humanly possible. I marched us past the empty shops and Deck the Bagel until we were standing in front of the town’s western wear clothing store: Wrapped Yule Up.

Arthur stared at the sign. “I can’t tell if that pun is terrible or impressive.”

I squinted up at it, too. “I’ve always thought it was impressively terrible.”

His lips quirked, bemused. “Which is terribly impressive.”

“Either way, they have Wranglers.”

He frowned. “Aren’t we on a quest for jeans?”

“In Oklahoma, they’re the same thing.”

“No, it’s a brand. But it’s the brand everybody wears.”

“Is that a requirement?”

“Not officially. It’s kind of the same idea for Coke. Around here, it doesn’t matter what kind of pop you order, everyone calls it a Coke.”

“Seems restrictive. And what’s a ‘pop’?”

“Same as a soda, as in ‘soda pop.’ But that’s another story and we’re here to get you jeans.”

I snorted. “Look at you, learning.”

He gave a half shrug, but I caught the hint of self--satisfaction.

The door to the store opened and an older man I didn’t recognize stepped out. Probably a tourist. He held the door for Arthur and me to enter, and smiled politely at both of us as we passed by. Only I smiled back. Arthur seemed puzzled.

“Do you know him?” Arthur asked, glancing back in the direction of the man who was already out of sight.

I laughed at his confusion. “That’s how people are in this part of the world,” I assured him. Part of the culture shock I went through when I arrived at Barrington was realizing that the aggressively friendly demeanor I took for granted growing up in Oklahoma did not translate well to an East Coast boarding school. I’d been called chipper more times than I could count and it was never a compliment.

Once inside, Arthur’s attention turned to the surroundings.

Despite the terrible store name, the space was remarkably well organized. It would never compete with Langston’s in Oklahoma City or any of the major brand stores, obviously. But it did all right. Red brick on one wall. Pine floors and shelving that held all manner of western wear and anything else that struck the owner’s fancy. Saddles, ropes, horseshoes, stirrups, etc., hung on the walls like art.

Men’s attire was in the back, which is where I tried to lead Arthur but he was suddenly hit by a case of tourist ADD. He touched every Christmas, OK--stamped souvenir and knickknack on the tables between the door and our destination. Cowboy hats, T--shirts, sweatshirts, trucker hats, shot glasses, cowboy boots galore, plaid shirts, turquoise belt buckles, and on and on.

I tried to be patient, reminding myself this was probably as foreign to him as Harrods would be for me if I ever made it to London. But when he picked up the Christmas bacon lip balm I had to intervene.

“Jeans are this way.” I pointed.

He ignored me and uncapped the tube of balm. Sniffed and winced.

Dammit. Now I was curious.

I stepped closer. “What is it, then?”

He held it out for me to sniff. Which, despite knowing this wouldn’t end well, I did. And promptly tried not to gag. It was definitely not bacon.

“Right?” That was as close to gleeful as I’d seen him get. Figures.

I capped the balm and put it back where he found it among the other random impulse gifts. Then I grabbed him by the jacket sleeve and tugged him after me until we were in the men’s attire section. The wall was dominated by floor--to--ceiling cubbies filled with jeans, most of which were Wranglers, but there were Levi’s and other brands, too.

Arthur stood before them all, arms crossed as if sizing up the situation. Then he looked around.

“Are there no people here to assist?”

“Mr. Liberati is over by the checkout register.”

He looked over to the corner where Mr. Liberati, the store’s longtime manager, was leaning against the counter, staring intently up at the flatscreen TV mounted on the wall and clearly not planning to help anyone anytime soon.

Arthur turned back to me. “I thought you said people here were friendly.”

I pointed to the TV screen where players from Alabama and Florida were visible. We were lucky it was an SEC conference game; if it had been the Sooners, chances were good Mr. Liberati would’ve closed the store early.

Arthur shook his head and muttered, “Sports.” Then turned back to the wall of jeans.

“What’s your size?” I asked, scanning the selections.

“You don’t have to help me,” he said, reverting back to the overly uptight boy I was used to seeing. “I know your grandmother is forcing you to be here.”

He looked like he was about to object so I grabbed a pair of neatly folded dark Wranglers that I guessed were his size and tossed them to him.

We loaded him up with options—-light stretch, vintage, straight leg, relaxed, etc.—-then he spent the next fifteen minutes in the changing room by himself. I heard him make noises of dissatisfaction, but he didn’t walk the catwalk for me. Not that I was disappointed, just bored. What I wouldn’t give for a good nap. When things grew quiet, I knocked on the door to the dressing room.

To my surprise the door opened and Arthur stepped out, still wearing his green puffy jacket but no longer in black pants. Instead, he wore the faded, retro boot cut Wranglers and I realized in that moment I had never seen him in jeans before. It was always pants. Always pressed. Always hitting the top of his burnished leather shoes, not too long, not too short.

But there he was, in jeans, and they looked good on him. Surprisingly good. Fitting all the right places.

He walked out into the small area where there was a floor--to--near--ceiling mirror. His expression was hesitant with a twinge of self--conscious, another new look for him.

“I feel uncertain,” he said, frowning at his own reflection.

“The bottoms.” He waved at his black sock--covered feet. “They seem far too wide.”

“Are you from this planet?”

“Depends on who you ask.”

He half turned, checking himself out. But the jacket was in the way.

He did as instructed and I held the jacket against my chest as he continued his appraisal. And I did, too, assessing the shape and fit on him, until all at once I became aware that I was staring at Arthur’s ass. So, This Is Love 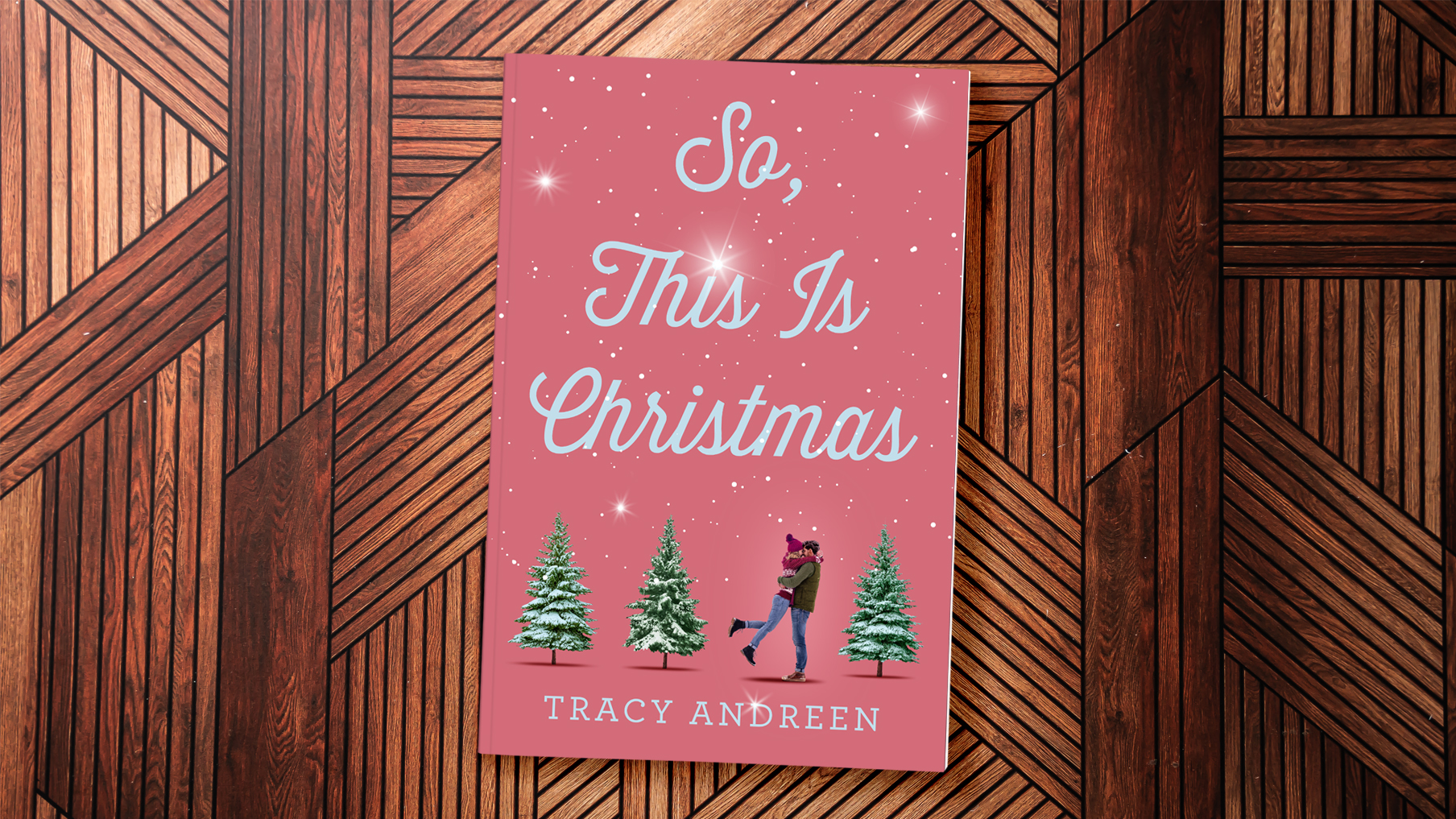 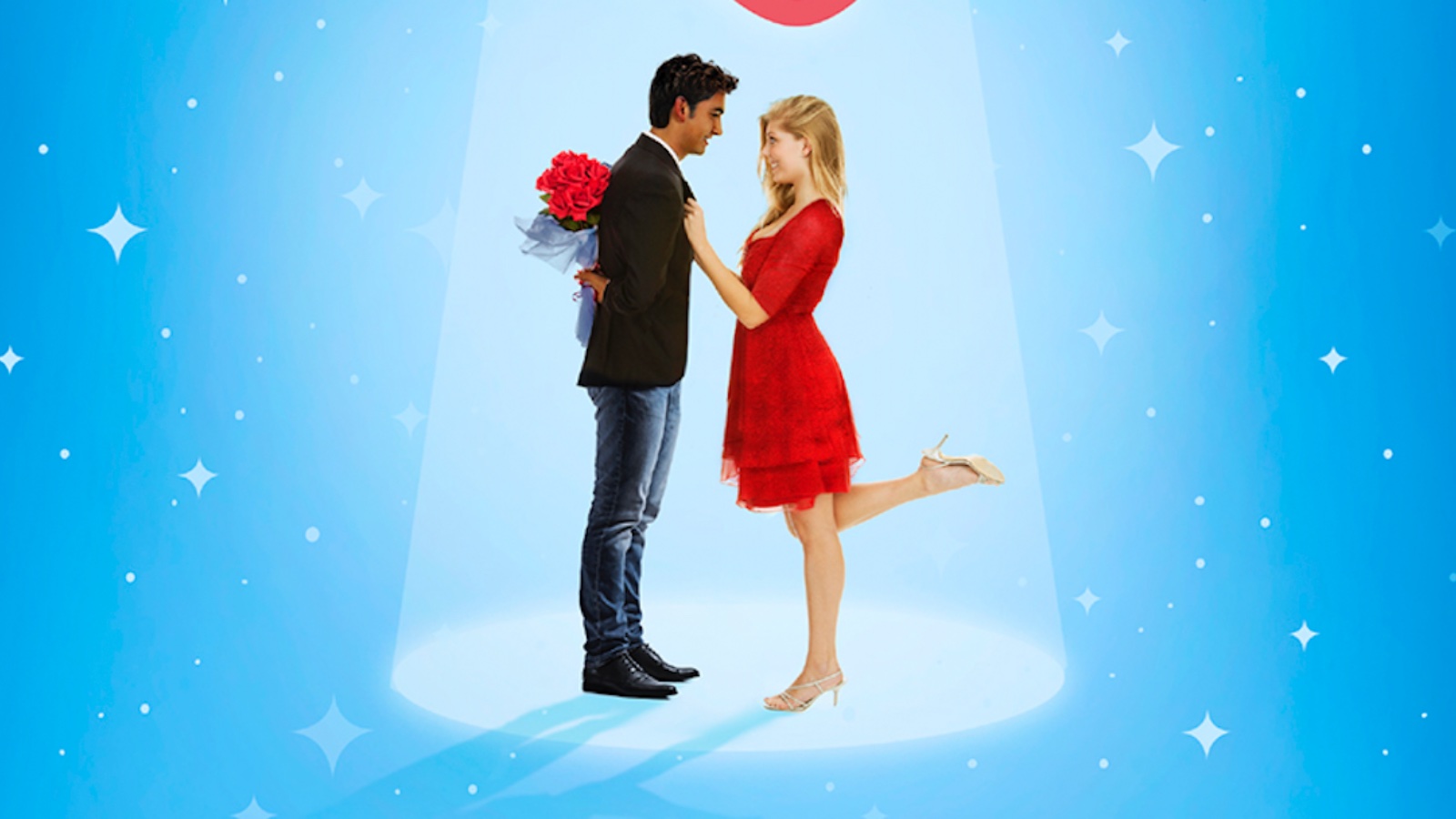 Cover Reveal: SO, THIS IS LOVE by Tracy Andreen