More Formats:
SHARE
+ Add to Goodreads
From Beyond the Break author Heather Buchta comes a funny, romantic novel about a girl trying to make amends with a former best friend. The thing is: healing someone else's broken heart has its complications, especially when he's now an A-list movie star.

High school senior Alexa Brooks had it all figured out. Study hard, nail the extracurriculars, stay focused, and life would follow the carefully crafted plan. The problem is this plan was designed for one thing: making her forget all about her once-best-friend, former-potential-boyfriend, Carson Knight. Four years ago, he was the boy who always made her laugh, the boy she loved, and the boy she mistakenly and very publicly betrayed. Oh, and he was also the boy who grew up to become a heartthrob A-list actor, named Cayden McKnight.

An innocent-enough school assignment suddenly brings Cayden to the forefront of Alexa's mind, and her celebrity-crazed best friend Lindsey discovers the old connection. Convinced that his Hollywood bad boy image is the direct result of Alexa and Carson's fallout, Lindsey convinces Alexa to find Carson and reconcile, but reaching an A-list movie star is not as easy as it used to be when he was the kid Alexa called every night before bed. Unable to apologize in person but determined to somehow right her wrongs, Alexa goes on a quest to remake Cayden's image, doing good deeds in his name. But nothing is as it seems in Hollywood, and even when she's able to finally face Cayden McKnight in person, Alexa can't break through to the Carson she once knew. Is it really too late to make amends?

I met him at junior-high summer camp.

Despite his current reputation as an A-list actor who only dates models, and despite summer camp’s reputation for romance, we never dated back then. To be honest, since that seems to be my new hobby, you might as well know we never actually dated. But once in your life, if you’re lucky, someone comes along when you least expect it and knocks the wind clear out of you. By the time you catch your breath, your entire life is messed up. Maybe that’s just me. Or maybe that’s just love. Either way, four years later, I’m still learning how to breathe again.

“Memories are what you hold on to when you have nothing else.” I’m sitting in my twelfth-grade Creative Writing class listening to Ms. Meckel, who enjoyed one-too-many outdoor concerts in her life—the kind with tie-dyed shirts and “helium-filled” balloons.

“Alexa,” my best friend, Lindsey, whispers from a nearby desk, “you look like you smoked out with Ms. Meckel last night.” She leans forward, hoping for a good story, always hoping for a good (and preferably wild) story, but I smile and shake my head. I’m not about to tell her that this dumb assignment kept me up until dawn.

Ms. Meckel looks over at us. She knows we’ve been talking, but she just turns and stares out the window, probably imagining a kaleidoscope or something “far out.” She moves her head like she’s listening to some groovy tune, and it makes her stringy hair swish back and forth when she talks. “Memories shape you.” Swish. Swish. Swish. “Please get out the homework from last night to share with the class. Alexa? Lindsey? We’ll begin with you.”

Our assignment was to bring a memory to class, an artifact that shaped our character, and to write a short story about it. I actually spent the whole previous day working on my AP Spanish project, not Creative Writing. Creative Writing was my last priority, but for top colleges to accept me, I needed a creative elective, like art or theater. Beginning art was only for freshmen, and theater—not an option. Ever since junior-high summer camp and the incident, I won’t go near a stage. I won’t even watch television—Netflix, Hulu, even YouTube—because I don’t want to chance seeing him. My high school offered Creative Writing as a senior elective, which was fine by me. I used to like writing. I used to love it, actually. But that was before ninth grade, before I realized writing often involved remembering. And that wasn’t something I was ready for.

Finally, at ten last night, after finishing my other homework, I rummaged through an old box in my closet, searching for my first Girl Scout uniform. A perfect artifact. Something that had shaped my character. But then, underneath some baseball caps and my mom’s Nancy Drew books, I saw the familiar blue-and-black plastic lanyard bracelet with the metal clasp. I stared at it for a minute before the memories erupted, and I almost got sick to my stomach. I threw it away before we moved to Vegas the summer before ninth grade. I know I did.

“Mom?” I hollered through closed doors. Moments later, I walked across the hall to my parents’ bedroom. The two of them lay side by side with their own reading lights. Mom looked up from her book.

“Isn’t that one of those lanyard arts-and-crafts majiggers?” Dad answered for her.

“Honey,” Mom said. “Don’t use that tone with your father.”

She waited a moment. “It’s been in a box for three years.” Another moment. “No harm done.”

Dad set down his Sports Illustrated magazine. I pressed my lips together and waited. If Dad interrupted his sports, it was serious. “Then throw it away again. Understand?”

I nodded. Discussion over. No more arguing with Mom; Dad was sure of that. Mom knew it, too, so she added, “You two were so close, Alexa. We were in the middle of moving when I found it in your trash. I thought you might change your mind eventually.”

“Well, I haven’t.” I emphasized each word like they were three separate sentences.

“Carson gave that to you. It was a gift.”

“I don’t know any Carson,” I murmured, then gently closed their door so Dad wouldn’t ground me for attitude.

It was after 10:30 p.m. The September heat tidal-waved over me as I left my air-conditioned house and entered the garage. All the boxes looked the same, untouched and unmarked since the move. I was away at math summer enrichment on those last days before we left. Dad had packed up my bedroom and done his best to label things, but what did I expect? You could barely see the floor of my bedroom back then. I scoured every box, but that darn uniform was nowhere. When I came across a box of old letters, I didn’t dare sift through it to see if my one postcard from Carson was still tucked away, too.

The dry heat was too much. I walked out of the oven and back into the cool of our house. It was close to midnight. Enough already. I’d sit down and write the memory, then be done with the assignment and any thought of him. How hard could it be?

I flipped open my laptop and wrote, I met Carson at junior-high summer camp. The corners of my mouth lifted into a smile, but I shook it off. I meant to jot it quickly—how much would I really remember, anyway? But as I started writing, it was like a dormant volcano woke up. It was alive all along, and nothing, not one shred of his face or his eyes or his voice had left me. Five hours later, when I finally paused and looked up from my laptop, the desert sun was peeking through my blinds, reminding me I had school in an hour and a life that needed Carson as far away as possible. 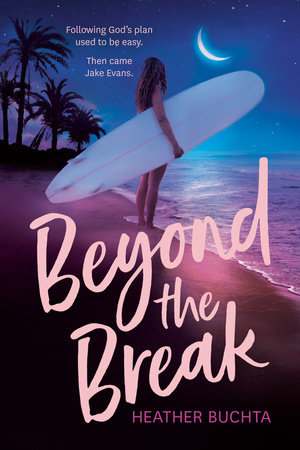 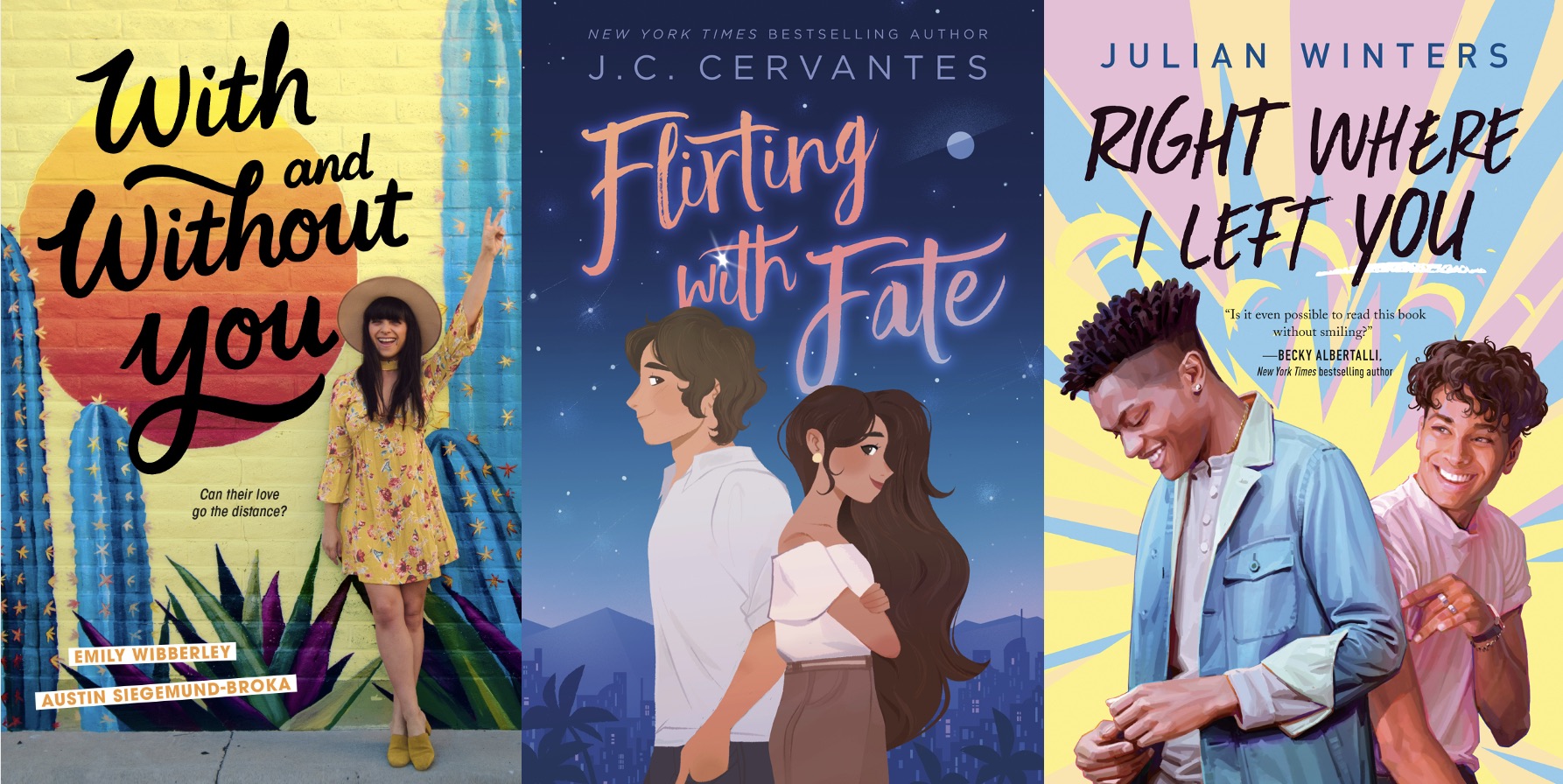 YA Romances to make your summer swoon-worthy! 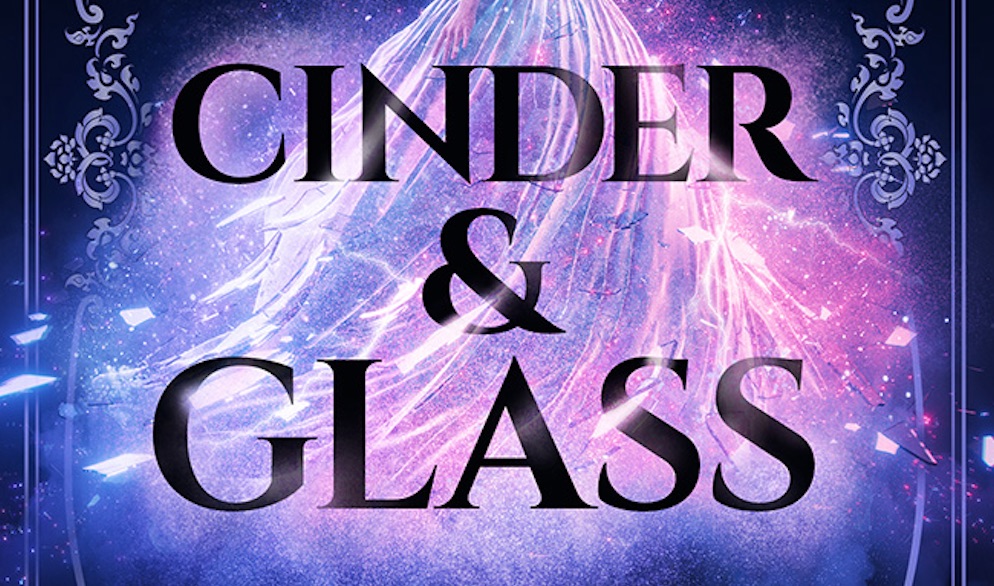 3 YA cover reveals you might have missed this week!
Penguin Teen