More Formats:
SHARE
+ Add to Goodreads
New from bestselling author Stephanie Perkins, and the perfect companion to her New York Times bestseller There's Someone Inside Your House, available now on Netflix!

“The scares here are authentic, and the details meticulous, driven by a smart, distinct narrative voice. Hand this to fans of the film Midsommar who will delight in the eerie world building, the disintegration and rebuilding of interpersonal relationships, and the unseen forces of evil that threaten to break two friends apart.” –Booklist

Bears aren’t the only predators in these woods.
Best friends Neena and Josie spent high school as outsiders, but at least they had each other. Now, with college and a two-thousand-mile separation looming on the horizon, they have one last chance to be together—a three-day hike deep into the woods of the Pisgah National Forest.

Simmering tensions lead to a detour off the trail and straight into a waking nightmare … and then into something far worse. Something that will test them in horrifying ways.

Stephanie Perkins, the bestselling author of There’s Someone Inside Your House, returns with a heart-stopping, gut-wrenching novel about friendship, survival, and navigating unmarked paths even as evil watches from the shadows.
Praise for THE WOODS ARE ALWAYS WATCHING

“A thrilling survival story about two teens just trying to make it to daybreak with their friendship—and their lives, too, as a horror beyond their wildest dreams lurks in the forest…. Hand this to fans of the film Midsommar, who will delight in the eerie world building, the disintegration and rebuilding of interpersonal relationships, and the unseen forces of evil that threaten to break two friends apart.” —Booklist

“Perkins crafts a lushly immersive natural setting, highlighting the tranquility of the Blue Ridge Mountains as her characters proceed through an escalating series of dire situations. Violence is quite present, but Perkins doesn’t linger on gratuitous gore, focusing instead on establishing tension and emotion in this rapidly paced dark thriller.” —Publishers Weekly


Praise for New York Times bestseller THERE'S SOMEONE INSIDE YOUR HOUSE, coming October 6 as a Netflix feature film!

For as long as I live, she vowed, I will never go camping again.

Business done and wiped, she reached for her pants. A faint crack rang out from beyond the thicket—­the sound of a twig snapping.

It’s nothing, she thought.

But then another twig snapped.

Her chest seized. Frantically, she hunted for the source, but the mist had swollen into a fog. Everything was the same color of wet darkness.

Something was moving. The forest was disturbed. Though the movements felt predatory, Neena didn’t think the something was an animal. She fumbled to switch off her headlamp. Anybody out there might see her light, panning back and forth, and know she was lost. A mosquito whined in her ear. Startled, she crushed it, smearing her lobe with her own blood.

The rustling and crunching grew louder. Closer. It wasn’t her imagination. Still in a crouch, Neena’s legs began to shake. Goose bumps dimpled her bottom and lower back. Never before had her flesh been so vulnerable or exposed.

Fear thumped through her. The footsteps moved heavily, steadily through the underbrush. Her vision strained. They were only a few feet away, but she couldn’t see anything through the veil of fog. She prayed her light hadn’t been noticed.

On the other side of the thicket, they stopped.

She covered her mouth. Positive her breathing was audible.

Solid and immovable as a boulder, the presence felt menacing. A darkness darker than the surrounding forest, a mass as obliterating as a black hole. Every fear she had ever had of the night, compacted and concentrated into a single, unseen form.

But then, just as unexpectedly, the footsteps moved on. Heavily, steadily. Fainter and fainter, until they faded away altogether. The woods held their secret in silence.

Neena’s limbs weakened into jelly, and she sank toward the forest floor. She hastily rose to avoid falling into her own excrement. Fumbling, she pulled up her jeans, used her boot to swipe the dirt back over the hole, and reexamined her surroundings.

She had no idea where the tent was. Her mind hurtled through the options. She’d left the emergency whistle in the tent—­stupid, stupid—­but if she cried out, Josie would come. Probably. But who else might come? Though Neena couldn’t hear the footsteps anymore, surely their owner was still close enough to hear if she called for help.

The tent had to be nearby. She hadn’t walked that far. Had she?

Why didn’t she bring a compass? She could have navigated by the stars or some shit! Okay, no.
That wasn’t true. But she couldn’t stay here, and she couldn’t risk using her headlamp, either.

Neena hunched over and crept along the thicket line. Her best guess was that when the bushes ended, the tent would be at about forty-­five degrees.

If she was remembering the correct thicket.

If she was oriented in the correct direction.

How easy it would be to wander in the wrong direction.

With each step, she tested the ground with a toe before putting down the entire boot. The pine-needle carpet crackled softly—­still too loudly—­beneath her feet. Her fingers felt the thicket’s end before she saw it. She took a frightened and hesitant step away from the vegetation, her hand dislodged . . . and she was unmoored.

Fog rolled around the pines like a current as Neena waded into the dark sea. She swam between the trees, arms outstretched, hands grasping at nothing. She shuffled forward in meek increments. Each time she moved, the other footsteps moved, too. The sound was in her head. It wasn’t real. Was she alone or had they returned?

Her toe tapped against a low stone. The rest of her boot came down with confidence, but another stone was touching it, and the rocks clattered together. Startled, Neena tripped over a third rock, kicking it, only to realize she was standing inside the campfire circle. She shot off and sprinted several feet, expecting to crash into the tent.

All she found was more fog.

Neena darted toward the familiar voice. Her outstretched hands smacked into nylon. Scrabbling for the door flaps, she lunged inside and feverishly zipped them closed behind her. “Somebody is out there,” she hissed.

“Yeah,” Josie said at a regular volume. She was fuming. “Yours. That’s why I called out.”

“Seriously?” The question wasn’t, Are you being serious? But, Are you seriously kidding me with this same fucking joke? Neena wrapped a hand over Josie’s mouth, and Josie let out a muffled cry. The force of Neena’s pounding heart against Josie’s back made Josie stiffen in alarm. She fell quiet. Neena released her.

Their ears strained. Wind. Insects. Leaves. As the seconds ticked into a minute, Josie shoved Neena away, incensed.

“I swear,” Neena said, still whispering, “somebody was out there.” 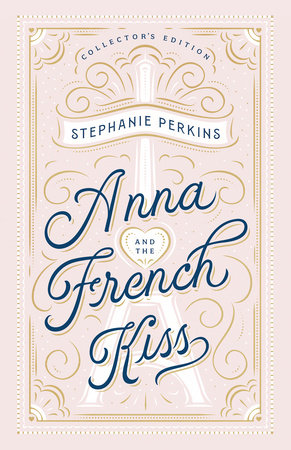 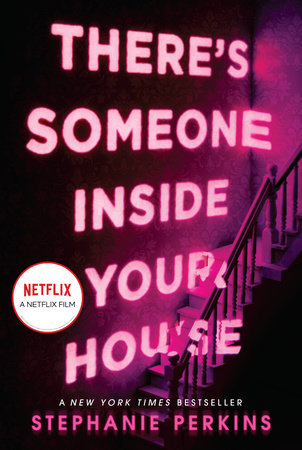 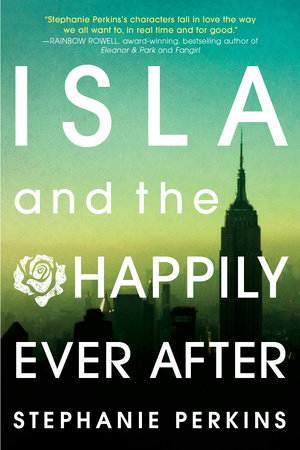 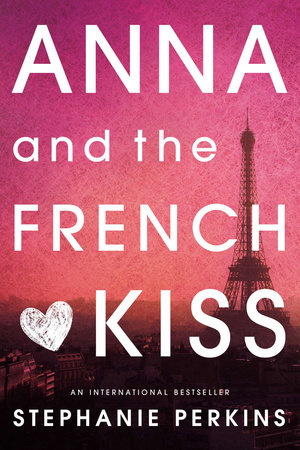 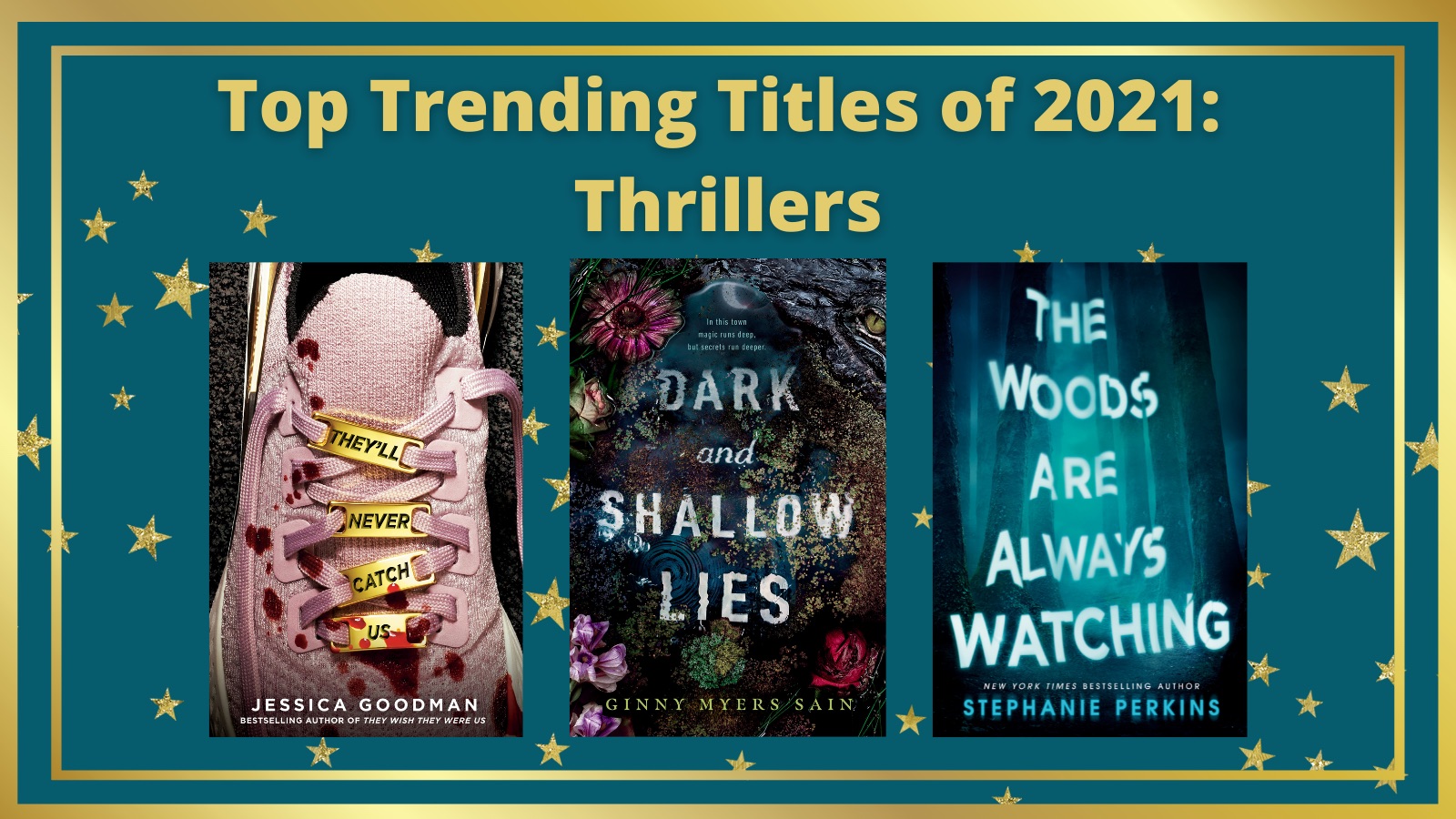 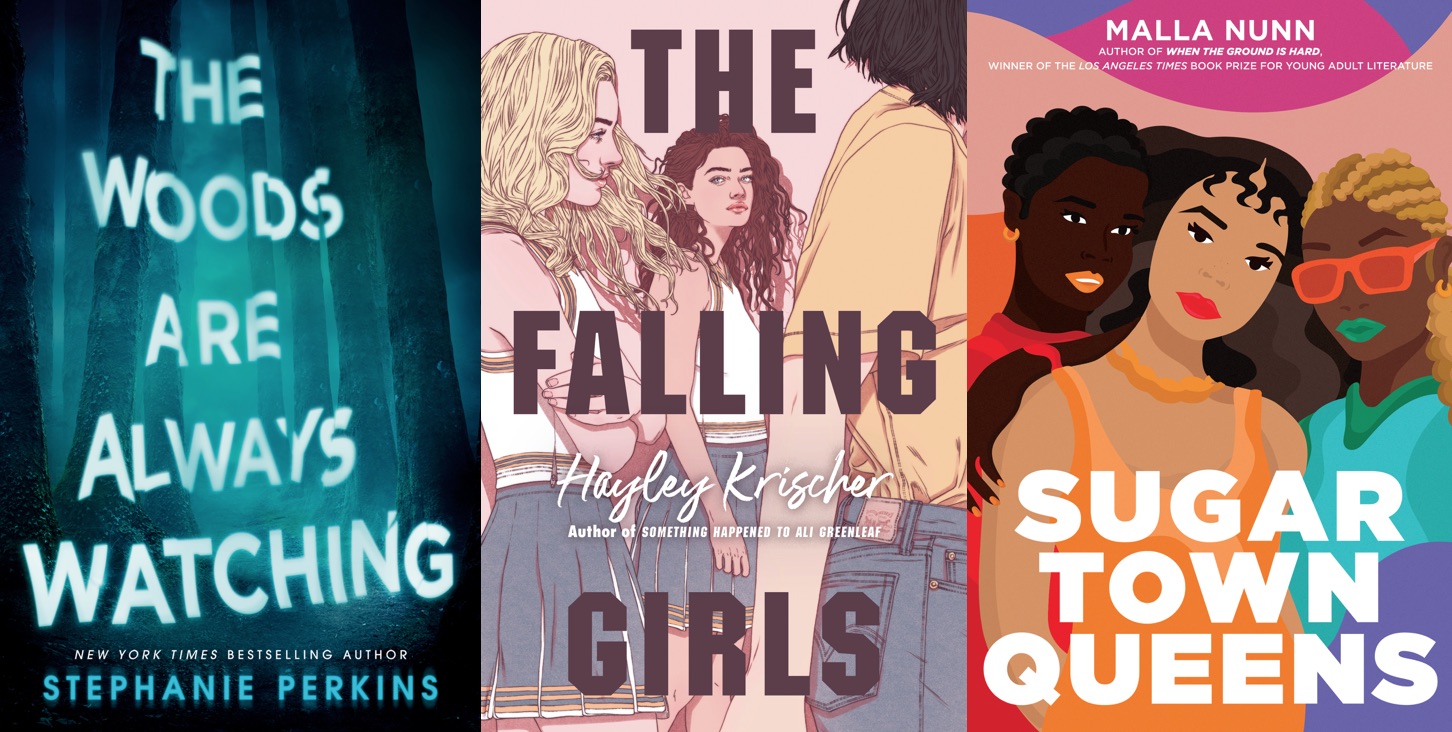 8 YA books about friendship 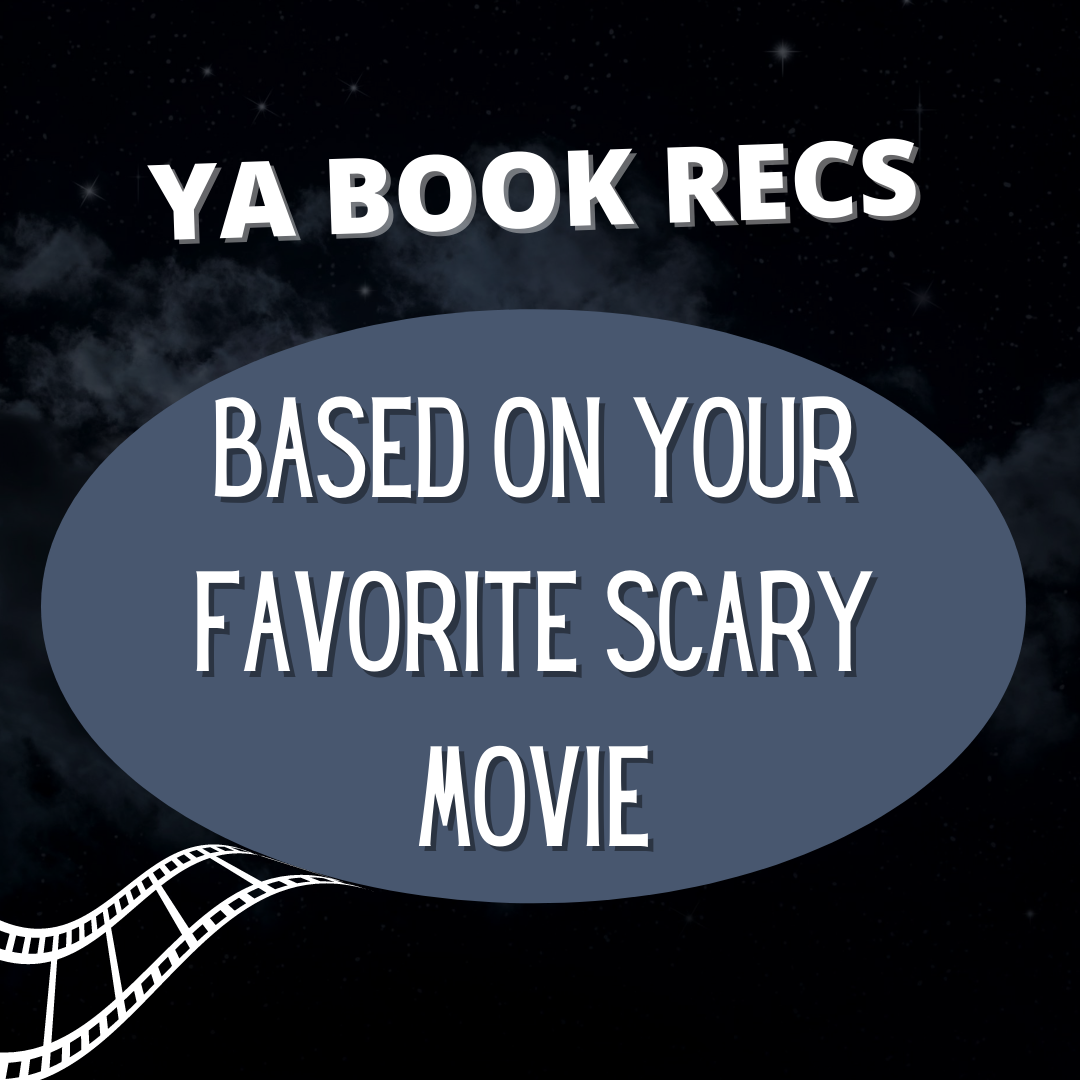 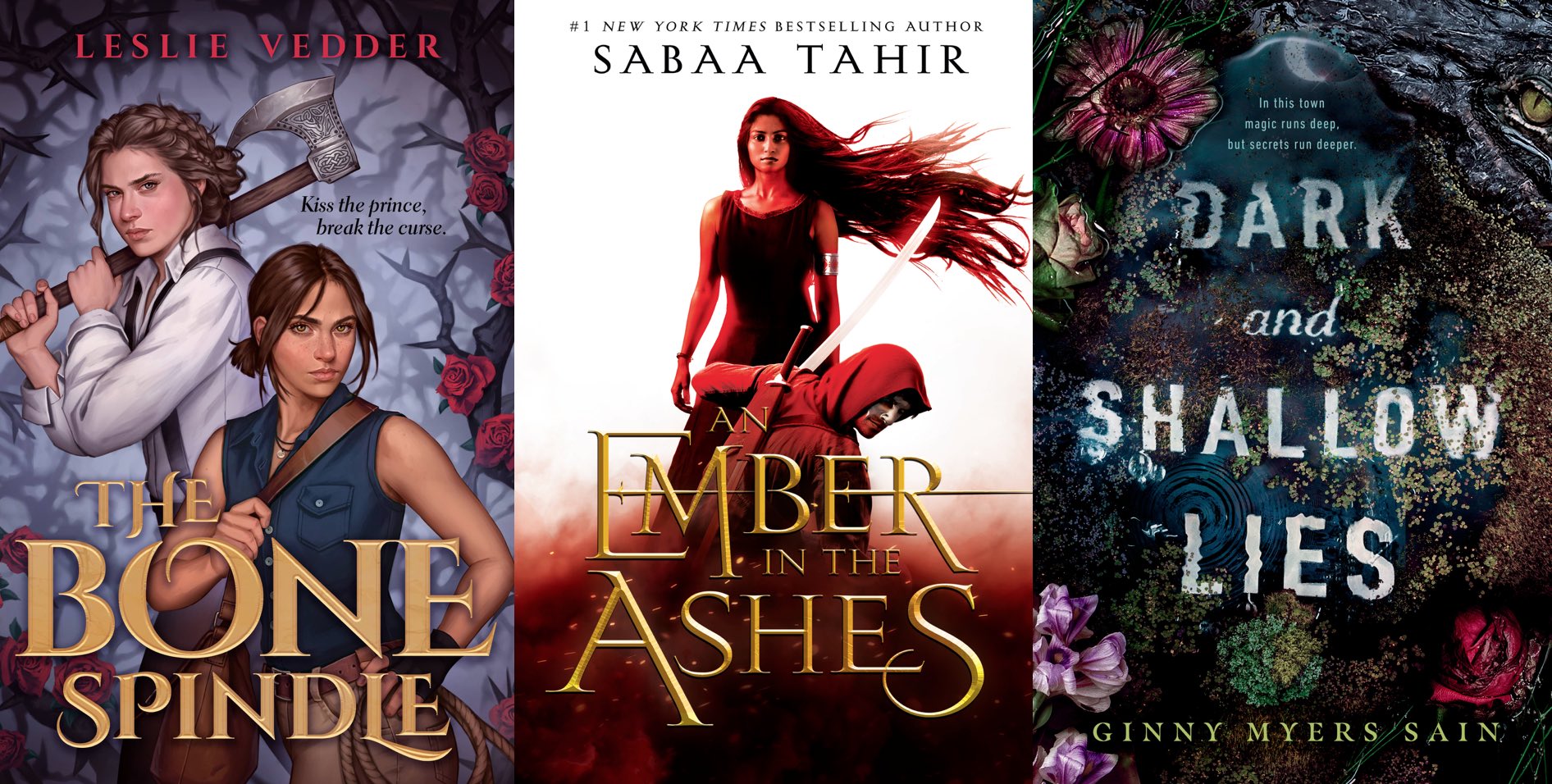