Part of: The Young Elites

Adelina Amouteru is a survivor of the blood fever. A decade ago, the deadly illness swept through her nation. Most of the infected perished, while many of the children who survived were left with strange markings. Adelina’s black hair turned silver, her lashes went pale, and now she has only a jagged scar where her left eye once was. Her cruel father believes she is a malfetto, an abomination, ruining their family’s good name and standing in the way of their fortune. But some of the fever’s survivors are rumored to possess more than just scars—they are believed to have mysterious and powerful gifts, and though their identities remain secret, they have come to be called the Young Elites.

Teren Santoro works for the king. As Leader of the Inquisition Axis, it is his job to seek out the Young Elites, to destroy them before they destroy the nation. He believes the Young Elites to be dangerous and vengeful, but it’s Teren who may possess the darkest secret of all.

Enzo Valenciano is a member of the Dagger Society. This secret sect of Young Elites seeks out others like them before the Inquisition Axis can. But when the Daggers find Adelina, they discover someone with powers like they’ve never seen.
Adelina wants to believe Enzo is on her side, and that Teren is the true enemy. But the lives of these three will collide in unexpected ways, as each fights a very different and personal battle. But of one thing they are all certain: Adelina has abilities that shouldn’t belong in this world. A vengeful blackness in her heart. And a desire to destroy all who dare to cross her.

It is my turn to use. My turn to hurt.


Books in the series:

“By permitting her characters some grand failures, she raises the stakes in the best way possible…There is clearly more to know, and I look forward to it. This is a world worth revisiting.”—The New York Times Book Review

“Lu pivots from the ‘coming of age via romance’ formula to pry apart the many emotions that pass under the rubric of love… There’s nothing easy here, for Adelina or readers—there are no safe places where the pressures of betrayal, death threats, and rejection aren’t felt.”—Publishers Weekly, starred review

“Readers should prepare to be captivated—and to look forward to a continuation of the Young Elites series.”—Booklist, starred review

“A Game of Thrones meets X-Men in this 14th-century fantasy from Marie Lu (the Legend trilogy), in a world where ‘fear is power.’ … The overriding epic fantasy will keep readers hooked for book two, which teases to be a game-changer. Bring it on.” —Shelf Awareness, starred review

“Lu weaves her magic across the page as she unfolds the story of Adelina and the Young Elites. Nothing is as it is expected.”—VOYA

“Lu seamlessly melds an unforgettable and intoxicating historical fantasy narrative with a strong female protagonist that grapples with an issue experienced by all young adults—acceptance of one’s self… Lu’s new series will be a surefire hit with old and new fans alike.”—School Library Journal

Some hate us, think us outlaws to hang at the gallows.
Some fear us, think us demons to burn at the stake.
Some worship us, think us children of the gods.
But all know us.
—Unknown source on the Young Elites

That’s what the Inquisitors tell me, anyway, when they visit my cell. I’ve been in here for weeks—I know this only because I’ve been counting the number of times my meals come.

I stopped counting after that. The hours run together, an endless train of nothingness, filled with different slants of light and the shiver of cold, wet stone, the pieces of my sanity, the disjointed whispers of my thoughts.

But tomorrow, my time ends. They’re going to burn me at the stake in the central market square, for all to see. The Inquisitors tell me a crowd has already begun to gather outside.

I sit straight, the way I was always taught. My shoulders don’t touch the wall. It takes me a while to realize that I’m rocking back and forth, perhaps to stay sane, perhaps just to keep warm. I hum an old lullaby too, one my mother used to sing to me when I was very little. I do my best to imitate her voice, a sweet and delicate sound, but my notes come out cracked and hoarse, nothing like what I remember. I stop trying.

It’s so damp down here. Water trickles from above my door and has painted a groove into the stone wall, discolored green and black with grime. My hair is matted, and my nails are caked with blood and dirt. I want to scrub them clean. Is it strange that all I can think about on my last day is how filthy I am? If my little sister were here, she’d murmur something reassuring and soak my hands in warm water.

I can’t stop wondering if she’s okay. She hasn’t come to see me.

I lower my head into my hands. How did I end up like this?

But I know how, of course. It’s because I’m a murderer.
* * *
It happened several weeks earlier, on a stormy night at my father’s villa. I couldn’t sleep. Rain fell and lightning reflected off the window of my bedchamber. But even the storm couldn’t drown out the conversation from downstairs. My father and his guest were talking about me, of course. My father’s late-night conversations were always about me.

I was the talk of my family’s eastern Dalia district. Adelina Amouteru? they all said. Oh, she’s one of those who survived the fever a decade ago. Poor thing. Her father will have a hard time marrying her off.

No one meant because I wasn’t beautiful. I’m not being arrogant, only honest. My nursemaid once told me that any man who’d ever laid eyes on my late mother was now waiting curiously to see how her two daughters would blossom into women. My younger sister, Violetta, was only fourteen and already the budding image of perfection. Unlike me, Violetta had inherited our mother’s rosy temperament and innocent charm. She’d kiss my cheeks and laugh and twirl and dream. When we were very small, we’d sit together in the garden and she would braid periwinkles into my hair. I would sing to her. She would make up games.

We loved each other, once.

My father would bring Violetta jewels and watch her clap her hands in delight as he strung them around her neck. He would buy her exquisite dresses that arrived in port from the farthest ends of the world. He would tell her stories and kiss her good night. He would remind her how beautiful she was, how far she would raise our family’s standing with a good marriage, how she could attract princes and kings if she desired. Violetta already had a line of suitors eager to secure her hand, and my father would tell each of them to be patient, that they could not marry her until she turned seventeen. What a caring father, everyone thought.

Of course, Violetta didn’t escape all of my father’s cruelty.

He purposely bought her dresses that were tight and painful. He enjoyed seeing her feet bleed from the hard, jeweled shoes he encouraged her to wear.
Still. He loved her, in his own way. It’s different, you see, because she was his investment.

I was another story. Unlike my sister, blessed with shining black hair to complement her dark eyes and rich olive skin, I am flawed. And by flawed, I mean this: When I was four years old, the blood fever reached its peak and everyone in Kenettra barred their homes in a state of panic. No use. My mother, sister, and I all came down with the fever. You could always tell who was infected—strange, mottled patterns showed up on our skin, our hair and lashes flitted from one color to another, and pink, blood-tinged tears ran from our eyes. I still remember the smell of sickness in our house, the burn of brandy on my lips. My left eye became so swollen that a doctor had to remove it. He did it with a red-hot knife and a pair of burning tongs.

So, yes. You could say I am flawed.

While my sister emerged from the fever unscathed, I now have only a scar where my left eye used to be. While my sister’s hair remained a glossy black, the strands of my hair and lashes turned a strange, ever-shifting silver, so that in the sunlight they look close to white, like a winter moon, and in the dark they change to a deep gray, shimmering silk spun from metal.

At least I fared better than Mother did. Mother, like every infected adult, died. I remember crying in her empty bedchamber each night, wishing the fever had taken Father instead.

My father and his mysterious guest were still talking downstairs. My curiosity got the best of me and I swung my legs over the side of my bed, crept toward my chamber door on light feet, and opened it a crack. Dim candlelight illuminated the hall outside. Below, my father sat across from a tall, broad-shouldered man with graying hair at his temples, his hair tied back at the nape of his neck in a short, customary tail, the velvet of his coat shining black and orange in the light. My father’s coat was velvet too, but the material was worn thin. Before the blood fever crippled our country, his clothes would have been as luxurious as his guest’s. But now? It’s hard to keep good trade relations when you have a malfetto daughter tainting your family’s name. 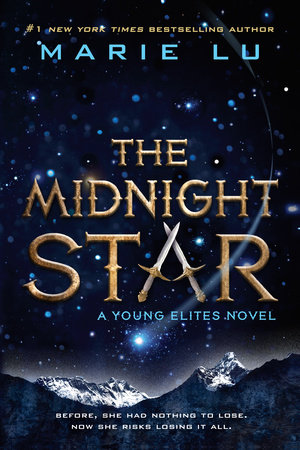 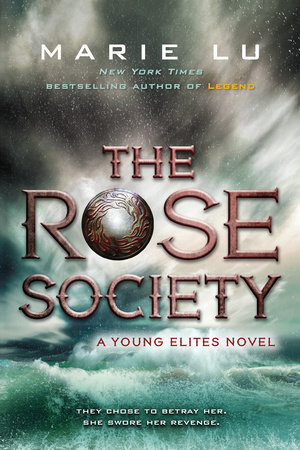 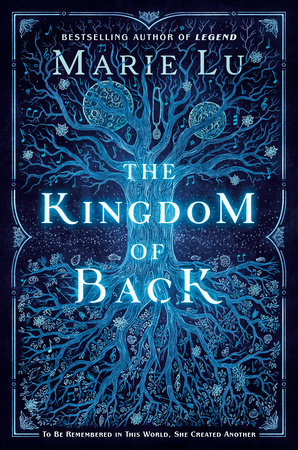 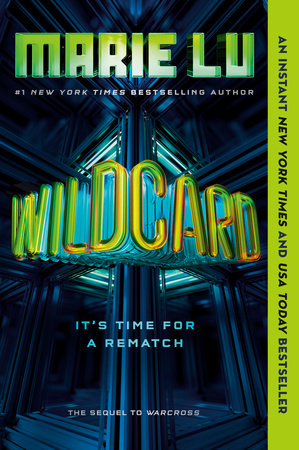 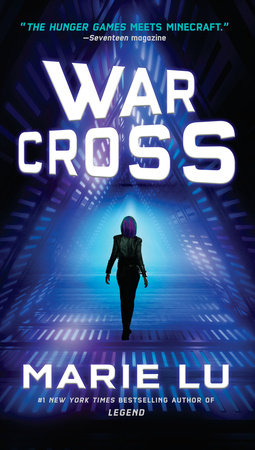 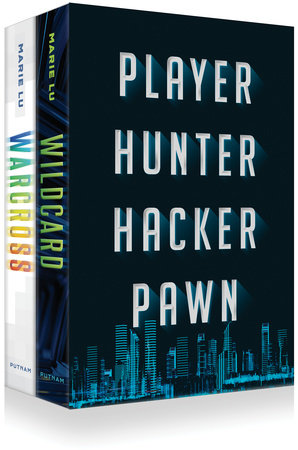 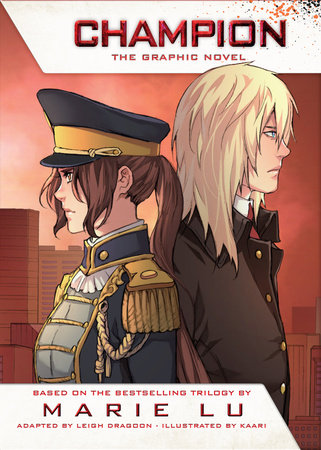 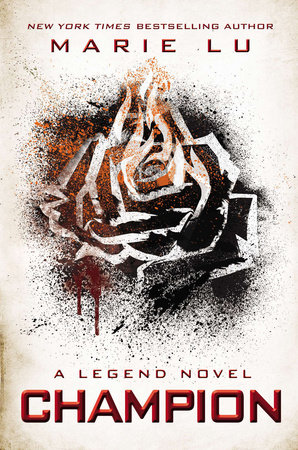 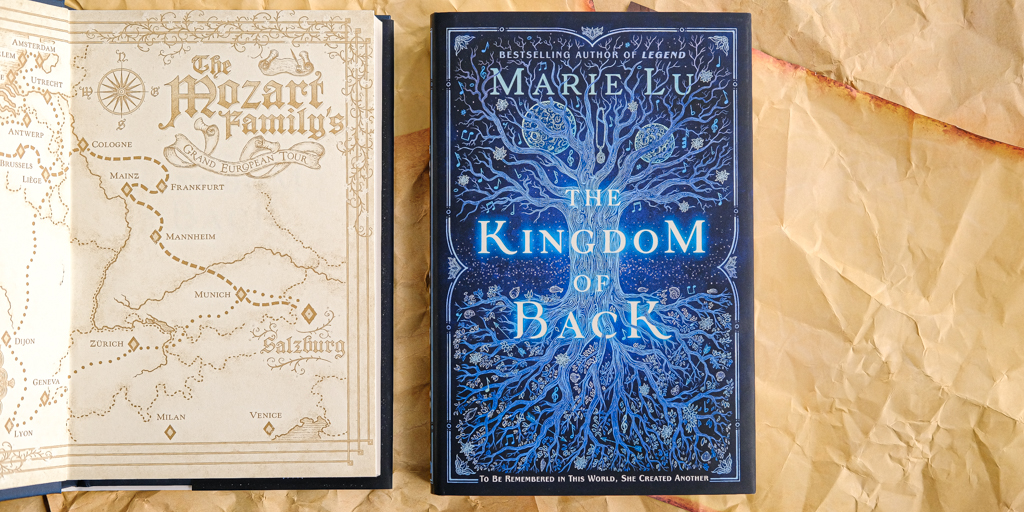 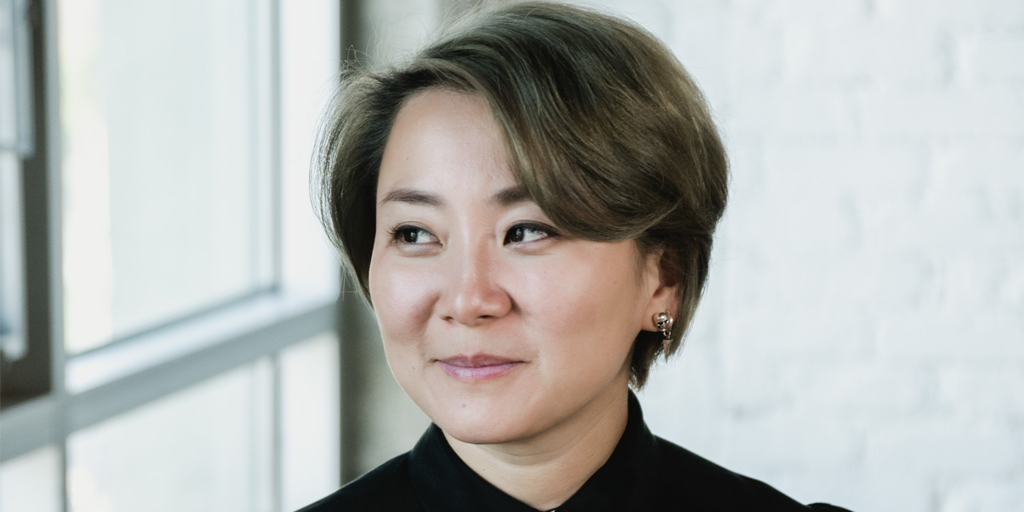