Annie and Lee were just children when a brutal revolution changed their world, giving everyone--even the lowborn--a chance to test into the governing class of dragonriders.

Now they are both rising stars in the new regime, despite backgrounds that couldn't be more different. Annie's lowborn family was executed by dragonfire, while Lee's aristocratic family was murdered by revolutionaries. Growing up in the same orphanage forged their friendship, and seven years of training have made them rivals for the top position in the dragonriding fleet.

With war on the horizon and his relationship with Annie changing fast, Lee must choose to kill the only family he has left or to betray everything he's come to believe in. And Annie must decide whether to protect the boy she loves . . . or step up to be the champion her city needs.

From debut author Rosaria Munda comes a gripping adventure that calls into question which matters most: the family you were born into, or the one you've chosen.
Praise for Fireborne:
★ ★ ★ ★ Four Starred Reviews!
A 2019 Cybils Award Winner
An Illinois Reads 2020 Selection
A 2020-2021 Maine Student Book Award Selection
An AudioFile Magazine Earphones Award Winner

★ "From the beginning, this book pulls readers in . . . full of drama, emotional turmoil, and high stakes." —Kirkus, starred review

"From action fans to romance fans, political junkies to fantasy lovers, many different audiences will find something rewarding here." —The Bulletin of the Center for Children’s Books

"Fireborne is everything I want in fantasy." —Rachel Hartman, New York Times bestselling author of Seraphina

“It’s been a long time since a book made me this happy. Fireborne is my new favorite dragon book.” —Kristen Ciccarelli, internationally bestselling author of The Last Namsara

Later, he would be known as the First Protector, and under his vision the city would transform. Serfs would be freed, schools would be built, and dragons would, for the first time, be ridden by commoners.

Before that, he was the leader of the bloodiest revolution his people had ever seen.

He never doubted that he would create a just city. Nor did he doubt that the families of the old regime deserved to die. But he did, sometimes, regret the way it happened, the day the palace was finally overrun.

He remembered in particular one of the ruling families, their tormentors still at work when he found them. The dragonlord had been kept alive, to watch; his youngest son was the only child left. A boy of about seven or eight, his expression blank beneath a mask of blood. The remains of their family lay around them.

“Stop this foolishness at once,” the First Protector said, when he and his guard found them.

The revolutionaries let go of the boy, whom they had been hurting, and began to protest: This man is Leon Stormscourge, don’t you know what he’s done—but they fell silent when the dragonlord spoke from his knees on the bloodstained carpet.

“My son,” he said, in the language he and the First Protector shared. “Please, Atreus.”

The First Protector took a half glance at the child. He said, “Leo will be looked after.”

He gave one of his guard a murmured order. The soldier started, hesitated, and then lifted the dragonlord’s son in his arms. When the boy had been carried, limp and silent, from the room, the leader of the Revolution knelt before the dragonlord.

The First Protector did not disagree. Instead, he put a hand to the knife on his belt. When he met the dragonlord’s gaze, it was in an unspoken question. The dragonlord closed his eyes and nodded.

Then, to the First Protector’s surprise, he spoke.

“Your vision,” he said. “Do you think it will ever be worth this, Atreus?”

The First Protector drew his knife.

The dragonlord’s question returned to him often in the years that followed. Even as many of the other details of the Revolution began to fade from his memory, he remembered Leon Stormscourge.

Leon’s son, on the other hand, was a detail he forgot.

Morning is our favorite time to fly. Today, even with the tournament looming and the empty arena below us a reminder that soon we’ll be watched, for the first time, by thousands, it’s still possible to savor the city sprawled beneath a dragon’s wings. When we pull tight on a turn, I glimpse one of Pallor’s black eyes, depthless, turned on me. The line between us, of shared emotions and thoughts that are usually latent in the saddle, goes taut. Yes. Today it begins. Today we’ll rise.

But in order to do that, I’ll need a clear head. I gently extricate myself from Pallor’s simmering anticipation and refocus on the arena. Two other dragonriders fly with us, each riding one of the other two breeds: Crissa and her skyfish are in the air above us, while Cor and his stormscourge glide below, bellowing ash over the arena stands. We’re on our last rehearsal, this time with just the squadron leaders.

I lift my voice over the wind. “You’re taking her too low, Cor.”

Cor grunts, frustrated, and urges his stormscourge higher. We’ve been over the choreography of the tournament’s opening ceremony over and over with ministry officials, and every time the question of how to demonstrate stormscourge might becomes tricky. Before the Revolution, the dragon breed of Stormscourge House—of my family—were known for terrorizing the countryside; but in even older days, they were our island’s greatest defense against aerial invasion.

“They told us to fire low,” says Cor.

“Not that low. It’s risky for the audience.”

Our dragons are still immature, barely horse-size, and can’t yet breathe fire. But the smoke they produce can still burn.

Crissa and her skyfish, long, slender, and pale enough blue to blend with the morning sky, circle above us. “You want to impress the people,” she calls down to Cor. “Not roast them.”

Our fleet is still in training, dragons and riders both. Known now as Guardians, the new regime’s dragonriders are lowborn, commoners, even former serfs. No longer the sons of dragonlords.

Except for me, though I’m the only one who knows that.

Because in the wake of the Revolution, to be dragonborn is to be wanted for dead. I was born Leo but, since the orphanage, I’ve been Lee. Not even the First Protector, who saved my life and then welcomed me, without recognition, into his Guardian program two years after that, knows the truth.

That a Stormscourge tested into the meritocratic dragonriding program designed to replace everything his family stood for.

Even though I know I’m lucky to be here—lucky to be alive, lucky to have escaped the orphanage—memories of the old life have a way of intruding and twisting. Especially today, as Pallor and I circle above the Palace arena, open to the public for the first time since the Revolution. The old regime had tournaments here, too, that I watched my father compete in. Dreaming of the day it would be my turn.

I lean forward and rest a gloved hand on Pallor’s silver-scaled neck as his wings, translucent in the morning light, tighten in a dive. Pallor is an aurelian, a breed known for being small, maneuverable, careful, and the aurelian formation for today’s ceremony is the only one complex enough to require coleaders. I can rehearse alone but, really, to do the thing properly, I need—

Annie. There she is.

Another aurelian, this one amber-toned, has emerged from the cave mouth at the base of the arena, and on her back rides my sparring partner, Annie. She and I have trained together for as long as we’ve been in the Guardian program, and we’ve known each other since the orphanage before that.

It’s a past life’s worth of memories that we’re both pretty good at not talking about.

“Annie!” Crissa calls with a cheerful wave. “There you are.”

“Lee’s been flying like an idiot out here without you,” Cor says.

Pallor and I fire ash downward. Cor dodges the stream with a bark of laughter.

Annie’s lips curve at Cor’s remark, but instead of answering, she rolls seamlessly into formation opposite me, her dragon, Aela, mirroring Pallor’s movements. Her red-brown braid hangs low on her back, her freckled face is set in its concentration. I’ve thought of Annie as beautiful—strikingly beautiful—for almost as long as I can remember, but I’ve never told her.

“Play it from the top?” I suggest.

There are calls of assent from the other three.

We right ourselves only when the bell rings the hour. The arena below, the Palace to one side and the pillar supporting Pytho’s Keep on the other, the jagged rooftops, the plains stretching out to the sea—for a moment I feel a protectiveness, almost a possessiveness, of the city and island spread below. The vows that we took when we became Guardians echo in my mind: All that I am, henceforth, belongs to Callipolis. By the wings of my dragon I will keep her . . .

Today, eight of the thirty-two Guardians will compete in the quarterfinal tournament for Firstrider, commander of the aerial fleet. I’m one of those eight, along with Annie, Cor, and Crissa. Qualifying rounds have been going on among the dragonriders for weeks.

It will be the first time since the Revolution that Callipolis names a Firstrider, one of the only titles it’s kept from the old regime. The dragons of the revolutionary fleet are finally old enough, and their riders well-enough trained, to vie for a position that’s been vacant since the Revolution. For the other Guardians, the Firstrider Tournaments are a chance to prove themselves; for me, it will be that and something more.

Because Firstrider is a title I’ve wanted since before the Revolution. It would be all the recognition, power, and respect that my family lost over the course of a single bloody month when I was eight years old, regained. 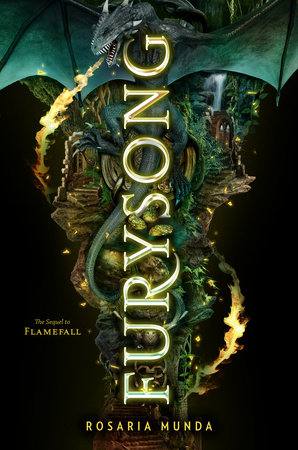 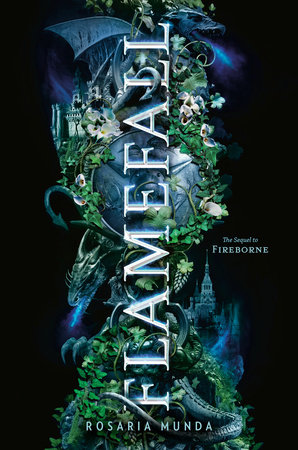 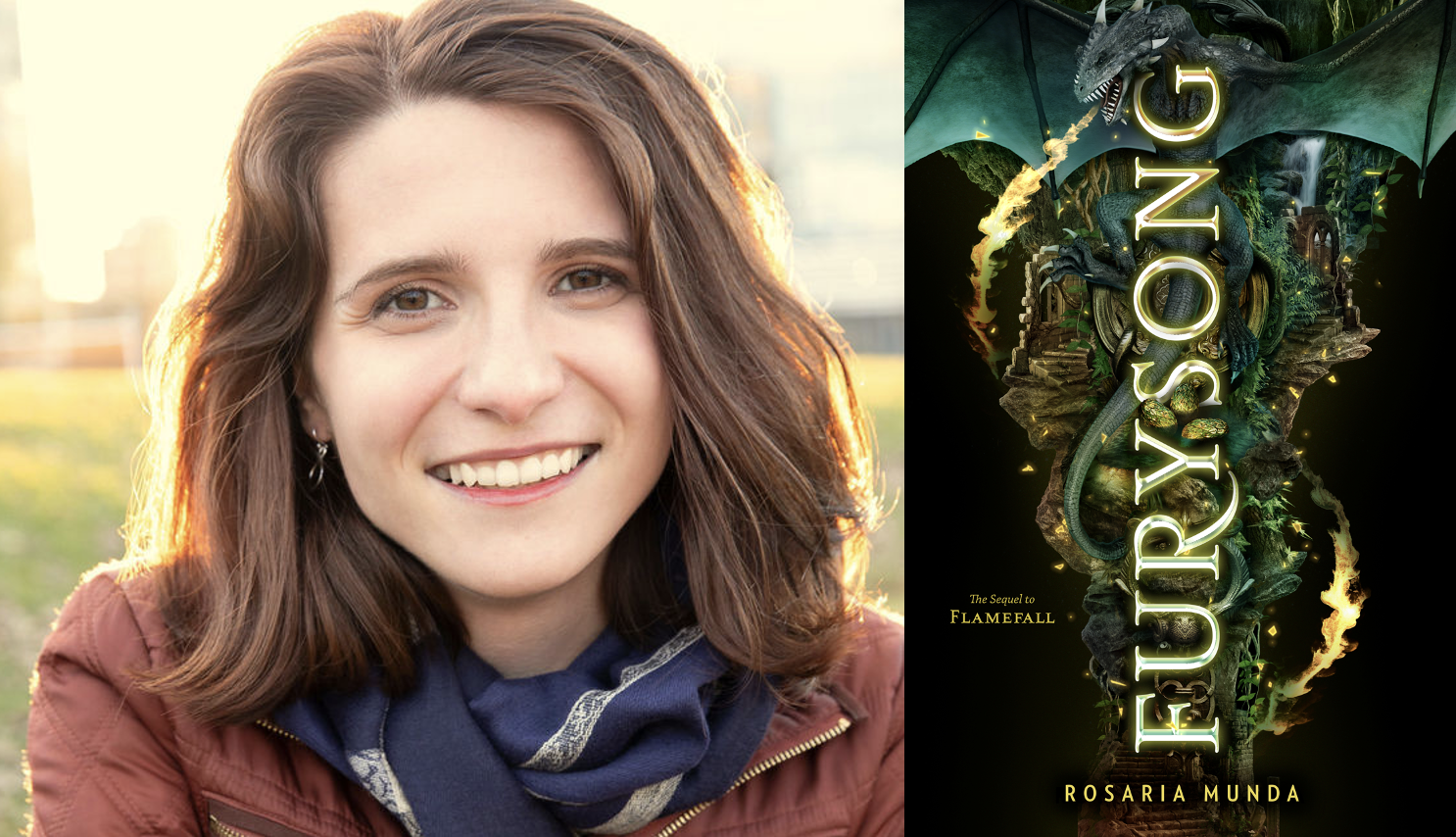 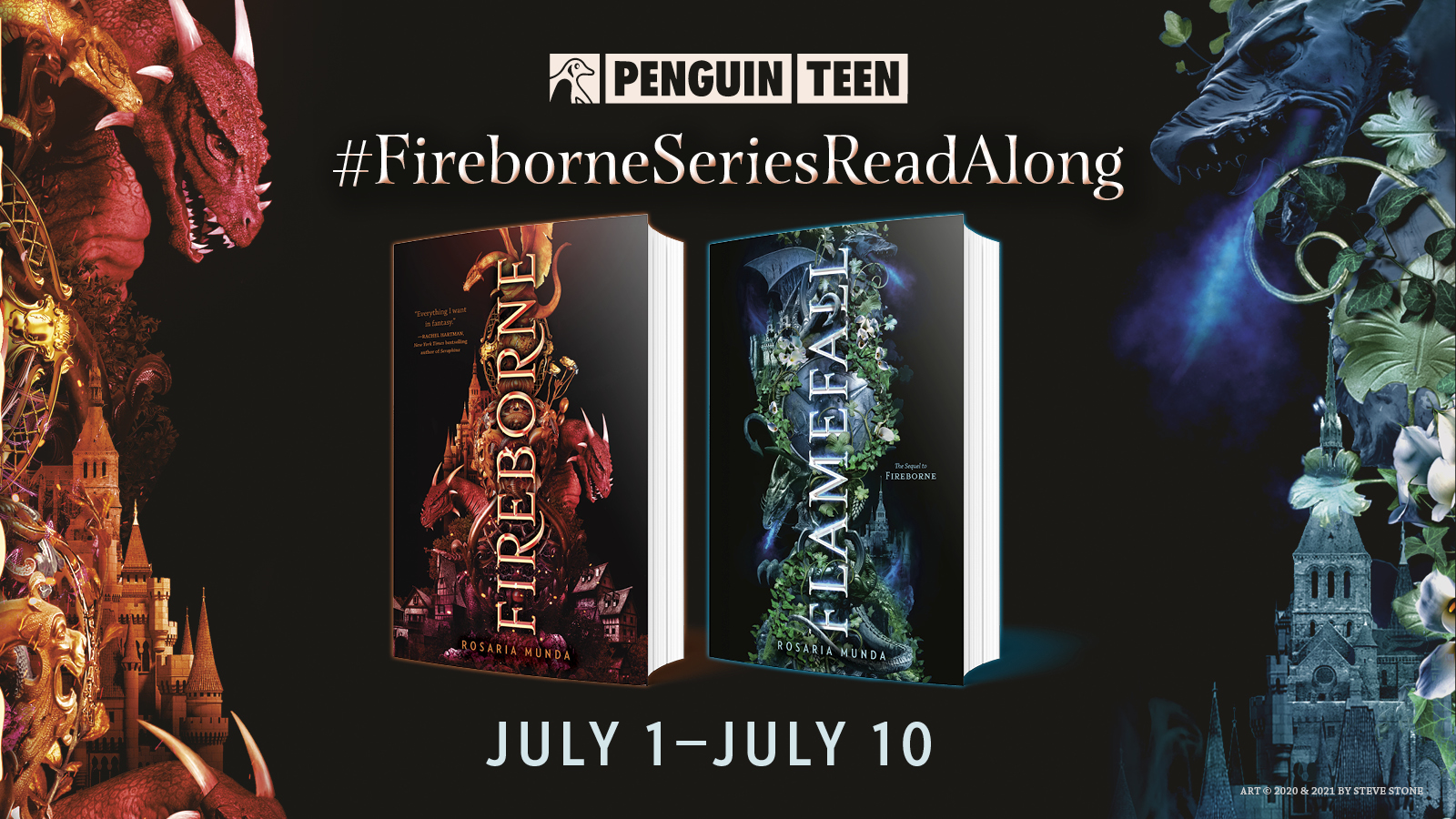 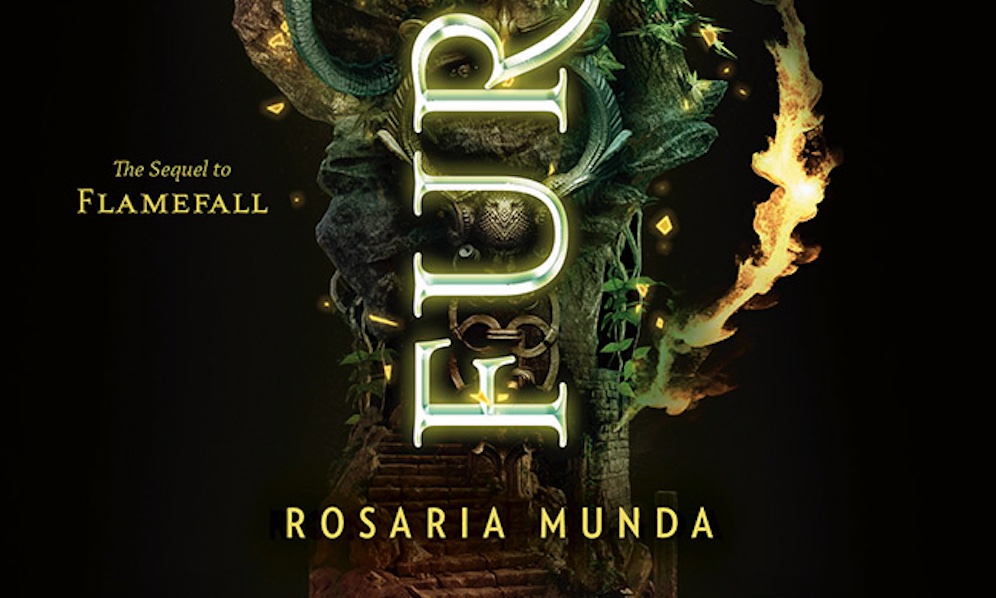 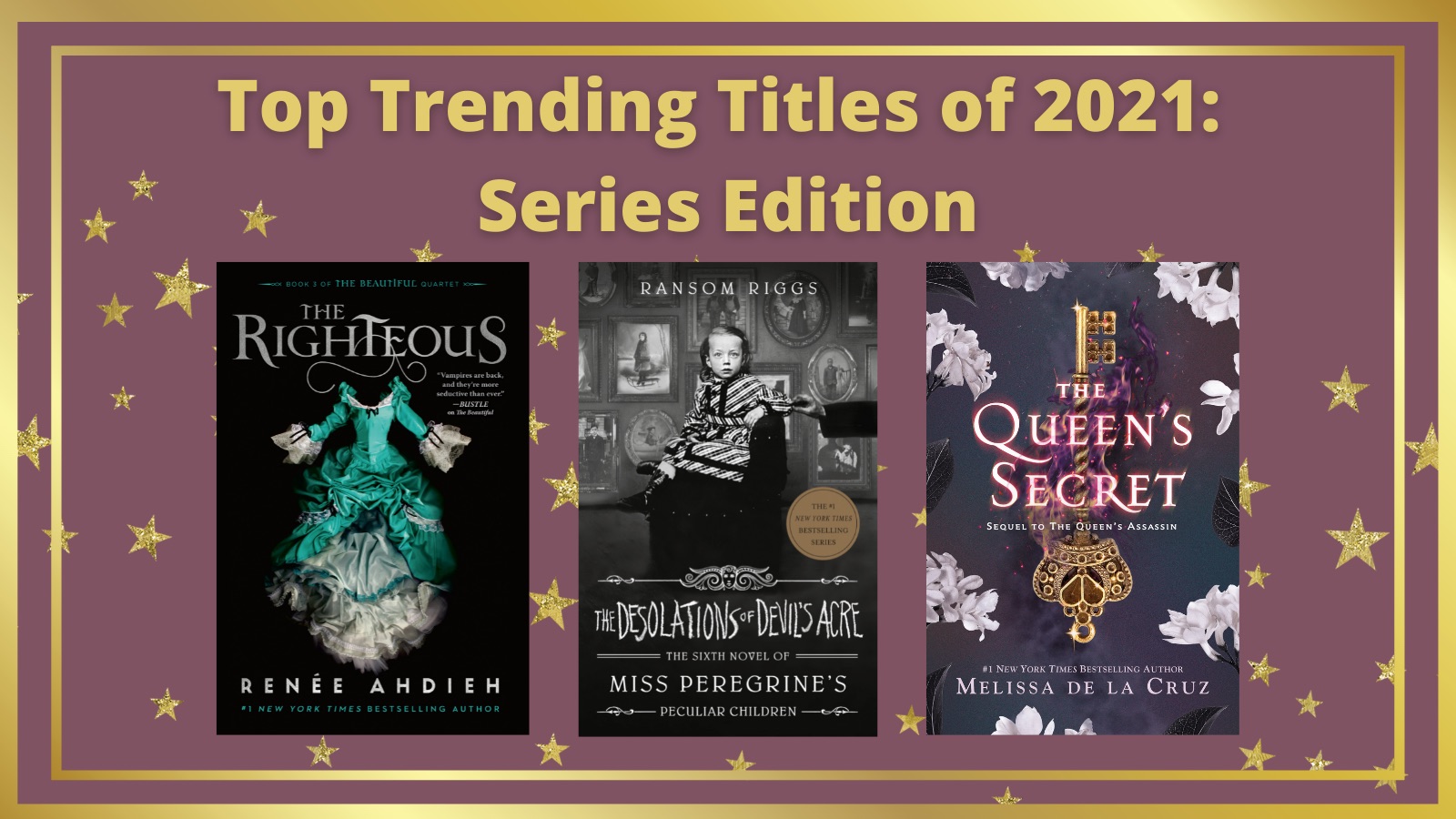