Today we’re revealing the cover for Free Radicals by Lila Riesen, in which Afghan-American Mafi’s sophomore year gets a whole lot more complicated when she accidentally exposes family secrets, putting her family back in Afghanistan in danger.

Sixteen-year-old Mafi Shahin is well-aware that life is not always fair. If it was fair, her parents might allow her to hang out with a member of the male species, other than her cat Mr. Meowgi. If it was fair, her crush and basketball hottie Jalen Thomas might see her as more than just her brother’s kid sister. And if it was fair, her baba’s brother and wife would be able to leave Afghanistan and come to America.

Life might not be fair—but she can make it a bit more even. Working as the Ghost of Santa Margarita High, Mafi serves dollops of justice on her classmates’ behalf as the school’s secret avenger. They leave a note declaring the crime and Mafi ensures the offender receives an anonymous karmic-sized dose of payback. Keeping her identity as the Ghost a secret sometimes means Mafi has to lie. But as those lies begin to snowball both at school and at home, even compromising their family’s secret past and putting their relatives back in Afghanistan at risk, Mafi is forced to decide how she wants to live her life—trying to make the world more fair from the shadows or loudly and publicly standing up for what’s right.

I have four rules as Ghost.

Don’t get caught rooting around in the SOL tree. Never reveal my identity. Ensure justice is served without police involvement. And most important . . . don’t get emotionally invested.

In the fall of my sophomore year, I broke every rule.

Rafi has It over again. America and its paper-thin walls.

Mom and Dad are downstairs and I know they can hear it, too. But Rafi’s the firstborn male in our Afghan family, so when the chandelier shakes in the living room, Dad pretends it’s Mr. Meowgi galumphing upstairs, orange belly swaying. And it’s not like Baba notices much; he’s nodded off on his pea-green rocker listening to ancient rubab music on his equally ancient Walkman.

Chunky as he is, the cat can’t make the chandelier shake like that.

Mom drowns the noise by vacuuming the Daulatabad rugs with the circles, triangles, and tassels, lost in her own Geometric Daulatabad Dimension of Denial, soon rousing Baba and cueing his usual “Watch the fringe, the fringe! Your baba brought the rug all the way from—”

Mom’s thinking about her son, upstairs, yesterday only a smiley squish splashing in the kitchen sink, now seventeen and untamable, putting his girlfriend’s my body my choice into action. It. And It chose Rafi.

I say It because she’s basically this thing that’s attached herself to my brother. It wasn’t always like that.

God forbid if I brought a guy over. No boy—friend or no—has been allowed past the threshold and upstairs to my room. They can only sit on the curb, like stray dogs.

Tired of Mom’s obnoxious vacuuming, I fill Dad’s colossal UC Irvine Mathematics Dept. mug with jumbo marshmallows and homemade hot cocoa, my favorite fall creation. Then retire upstairs to my room, slather on one of those clay face masks, and shut-ish the door, since Dad gets mad when our bedroom doors are closed. Rafi’s ignoring the door open! rule tonight, and thank god.

I rummage for my headphone case in a pile of dirty laundry, pull up Spotify, and wheedle out the dog-eared California DMV manual from underneath my A&P textbook. Baba likes to remind me he failed his driver’s test twice before he got his license. I cannot, will not, follow in the old man’s footsteps. Because driver’s license = freedom. And freedom = boys.

One boy in particular.

Honestly, the DMV should’ve failed Baba on his third attempt. When he backs out of the drive, he putters onto the wrong side of the street, flamenco music blasting from the blown-out speakers.

Blergh!—cocoa dribbles down my chin. Through the window’s sheer curtain crouches a stooped silhouette.

About the no-guy rule: Cole Dawicki is the only exception. Not that he counts. First, he’s my neighbor. Second, he’s a pubescent.

Cole brings me letters once or twice a month, depending on the season, maybe three times. Especially come fall because that’s when everyone at Santa Margarita North crawls over each other like the undead looking for a beating heart in a pile of bodies. So fall is cheating season and winter, breakup season. Why smash the piggy bank to buy a gift for your S.O. if you’re gonna call it quits anyway?

My classmates, whatever shenanigans they get up to, they leave the Final Ruling to the Ghost.

And if found guilty, Ghosting—my brand of it, anyway—is worth shattering the piggy bank for. 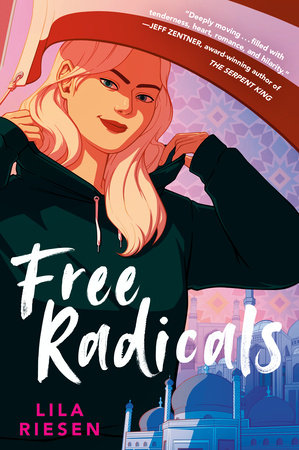