Everything We Know About A REAPER AT THE GATES So Far

Early this week, Mashable revealed the title, cover, and pub date of A Reaper at the Gates, the third book in the bestselling Ember in the Ashes series by Sabaa Tahir. Because we love you, we’ve gathered a slew of Sabaa’s tweets, instagrams, and the like to compile this list of everything we know about A Reaper at the Gates (so fondly referred to as #Ember3 for so long) so far. Read on for a synopsis, then see the fruits of our stalking!

Beyond the Empire and within it, the threat of war looms ever larger.

The Blood Shrike, Helene Aquilla, is assailed on all sides. Emperor Marcus, haunted by his past, grows increasingly unstable, while the Commandant capitalizes on his madness to bolster her own power. As Helene searches for a way to hold back the approaching darkness, her sister’s life and the lives of all those in the Empire hang in the balance.

Far to the east, Laia of Serra knows the fate of the world lies not in the machinations of the Martial court, but in stopping the Nightbringer. But while hunting for a way to bring him down, Laia faces unexpected threats from those she hoped would aid her, and is drawn into a battle she never thought she’d have to fight.

And in the land between the living and the dead, Elias Veturius has given up his freedom to serve as Soul Catcher. But in doing so, he has vowed himself to an ancient power that will stop at nothing to ensure Elias’s devotion–even at the cost of his humanity.

Here’s what we know!

It has a beautiful cover! 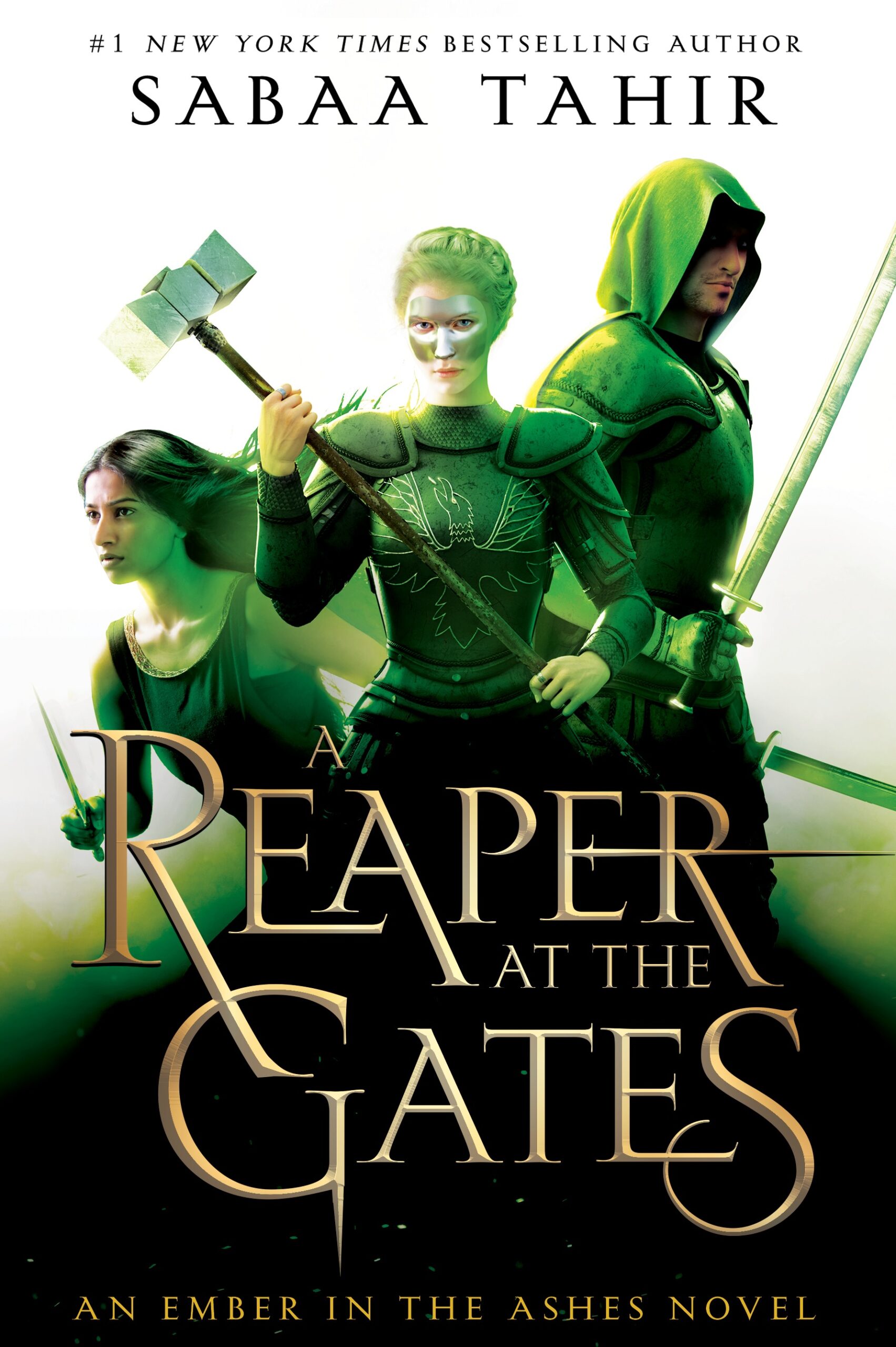 According to Sabaa, this is the soundtrack

This song has become the soundtrack to #EMBER3 and I just need to accept it now.💀💀💀😱😱😱 https://t.co/R8pKPMplxK

Story: Last night I was talking to my husband about #Ember3 and I said “I think I’ve found a way to put a dragon in the book.”

(Read the whole thread, you won’t regret it.)

Working on #Ember3 late into the night and figured I’d post up a bit of foreshadowing. 😱😱😱💀💀💀🗡🗡 🗡 #someonewontgetahappyending #notsayingwho #muahahaha #evilauthor

Don’t be sad, Laia
Things could still turn out OK.
Probably not, though.

Somehow, the Commandant is even more evil???

Add A Reaper at the Gates to your Goodreads shelf!

PS. The new paperbacks of An Ember in the Ashes & A Torch Against the Night will be available 8/29!