It’s been ten years since we first published Thirteen Reasons Why, and to celebrate we’re releasing a 10th Anniversary edition with exclusive content including the never-before-seen original ending in which Hannah Baker lives.

Got your attention? Need to know more ASAP? So did we! Luckily, we got to ask Jay Asher ten burning questions we had about this momentous publication, the Thirteen Reasons Why Netflix series, and more: 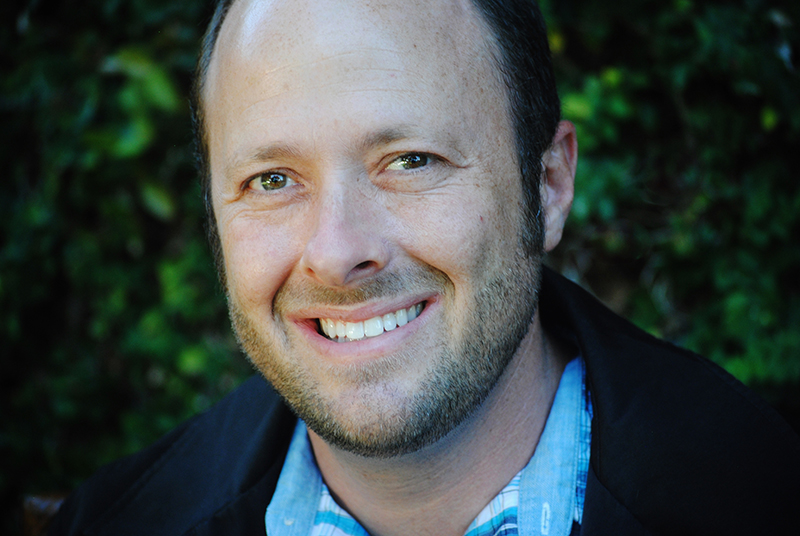 Why did you decide to release the original ending of Thirteen Reasons Why?
Since the book came out, readers have asked if I ever considered—somehow—keeping Hannah alive at the end of the novel. I get a great reaction when I tell them that’s precisely how it originally ended. Their jaws drop! Then I explain the particulars of how it unfolded, and why it needed to change. So, since I’d already been talking about it, it felt appropriate to finally share that chapter for the 10th anniversary edition.

What made you change the ending in the first place?
To start, I’m not exactly sure what my thought process was behind the original ending. I had a relative who survived a suicide attempt when she was a junior in high school, which years later inspired the novel. So maybe that’s why my initial thought was to have Hannah’s character also survive. Or maybe I thought it was a creative twist that no one would see coming, allowing me to give all of the characters a second chance. Whatever the reasoning, it felt false for this particular story and for the seriousness of the issue. If someone goes through with a suicide, there are no second chances for anyone involved.

When you were writing Thirteen Reasons Why, did you want the book to have a particular message to teens?
The main thing I wanted to say, which is more of a reminder, is that we do affect each other. When we do or say things, we can never know exactly how another person is going to take it because we don’t know what they’ve already dealt with. But that doesn’t apply only to the bad things we do or say. We also don’t know how massive a simple kind work or action can be to someone.

How do you think one ending versus another affects the message of the novel?
What I wanted to say wouldn’t have changed, but the original ending would have let readers off the hook from needing to consider my message. They may have been following my message from the beginning, but when they finished that last chapter they would have let out a sigh of relief that everything could potentially be righted. But with suicide there are no second chances, and with the final ending, that isn’t an option to even consider. But readers are shown that people can change for the better, even after a tragedy, and that was very important to me.

What do you hope or think Thirteen Reasons Why fans will think of this ending?
As a reader myself, I’m always curious about the thought processes behind what other authors do, from the big decisions down to things like name selection. So I hope it’s interesting for them to read, and I think they’ll understand why the story needed to end the way it does.

How does it feel to be coming up on the 10th anniversary of the book?
I could not have imagined the book would be where it is ten years later. Honestly, I didn’t think the book would be a great commercial success (though I didn’t tell my publisher that). I thought a few people would really love it, but I just had no idea it would resonate with such a large audience. It’s still hard for me to put it all into focus.

How do you feel about the overwhelmingly positive teen response to the book over the last ten years?
I have two opposing feelings about that. Part of that response, I recognize, comes from teens thankful that my book addresses issues that our society has a hard time discussing. And because it’s hard to discuss, sometimes we don’t, which is dangerous. So the necessity of books like this means the positive response will always come with a twinge of sadness. But to hear about communities using my book is to open discussions, or when someone reads it and finally feels understand, that’s such a heartwarming honor. When the positive remark is about the writing or storytelling alone, that I can find pure joy in!

What role has Thirteen Reasons Why played in the bullying prevention movement?
There have been so many people who said the book inspired them to start an anti-bullying group at their school, or provide a Safe Space, or just adjust how they treat others. On a larger scale, a lot of schools and communities have been using my book as one means of opening up a discussion.

What are you most looking forward to about the upcoming Netflix series?
I’m most excited for my readers—that they’ll get to experience this story in a whole new way! The cast and crew are phenomenal, personally and professionally, and their love for the story will be evident throughout each episode. Yes, I am excited that the story will be shared with people who’ve never read the book, but I’m most excited for my readers.

What would you tell new readers to Thirteen Reasons Why?
This is your book. Don’t be concerned with what anyone else says about it—good or bad. Just like with any book, it’s your experience with these characters that matters.

Get your copy of the Thirteen Reasons Why 10th Anniversary Edition!