Get ready for the boy band book you’ve always wanted! Kiss & Tell by Adib Khorram is a smart, sexy YA novel about a boy band star, his first breakup, his first rebound, and what it means to be queer in the public eye.

We asked Adib to tell us more about his highly-anticipated next novel, and here’s what he said! 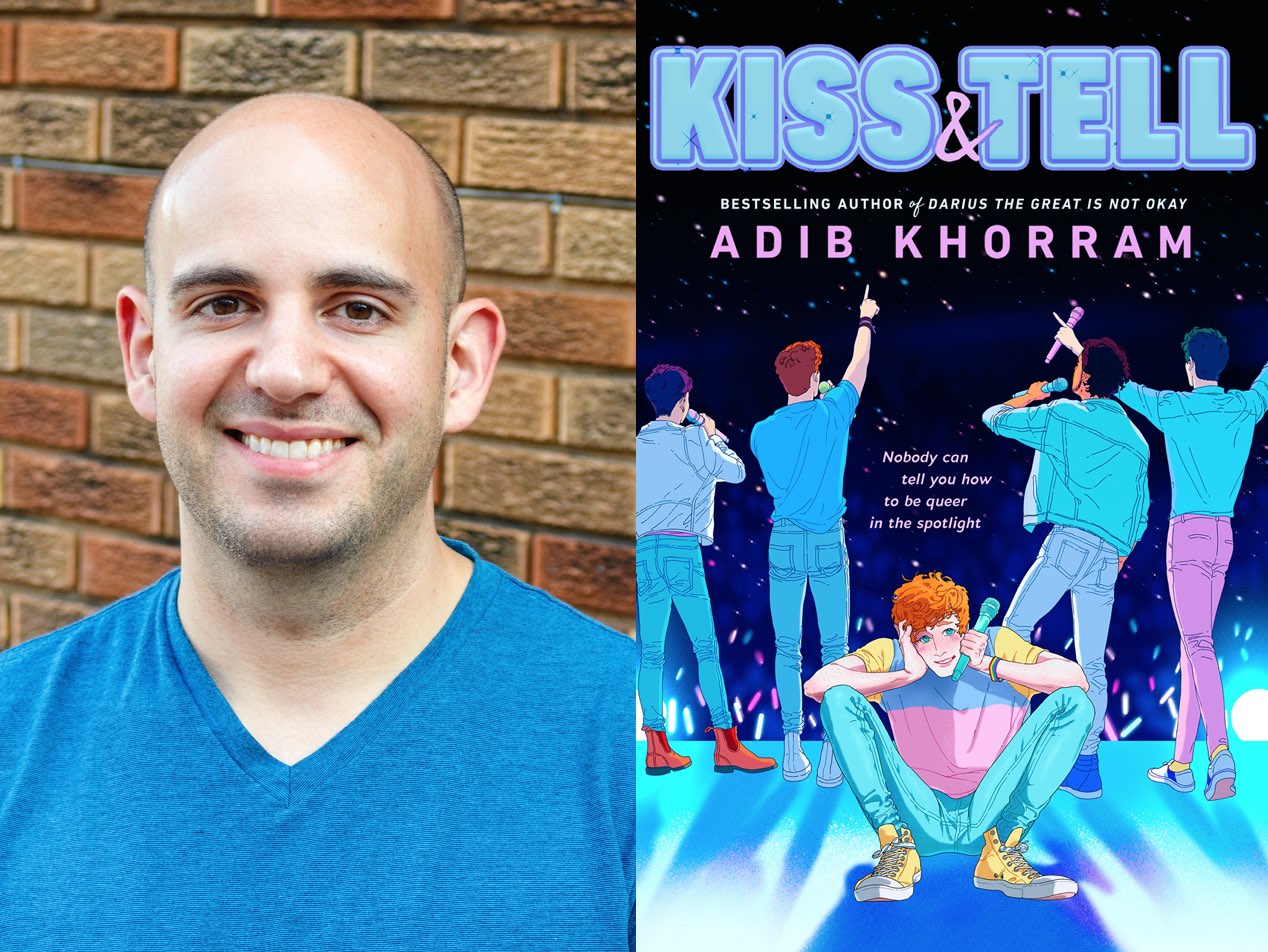 KISS & TELL is probably the hardest book I’ve written—not only because I wrote (and edited) it during the global pandemic, but because it’s ambitious: it’s about big ideas, it’s got a big ensemble cast, and it’s got lots of parts that I had to bring together as a cohesive whole. It’s the story of Hunter Drake, a confident, talented, White, out gay boy in a hit boyband, as he navigates his first breakup going public, a rebound romance with an Iranian-American drummer, scrutiny of his queerness, and his own reckoning with privilege. It’s been quite the journey, with many twists and turns, so here are five fun facts about it!

I’m really proud of KISS & TELL, and I can’t wait for readers to meet Hunter and his bandmates!