All your favorite fantasy heroes are actually refugees

By Natalie C. Anderson, author of City of Saints and Thieves and Let’s Go Swimming on Doomsday.

All your favorite fantasy heroes are actually refugees

YA has never shied away from reflecting reality in all its beauty and brutality. Think contemporary classics like The Outsiders, Speak, or The Hate You Give. These books give us the mirrors and windows we need to see and understand the world. What’s less obvious is how YA fantasy worlds are eerie reflections of reality too. I started noticing this when I first read the Hunger Games. At the time I was working in Africa, interviewing refugees who had fled from Somalia, Ethiopia, Congo, Eritrea. I was like, Hunger Games isn’t fiction! It’s Ethiopia! District 12 is just Oromia and the Capital is Addis Ababa! (I was told to get some rest and maybe lay off the fantasy novels)

Here was my line of thinking: Katniss Everdeen is forcibly recruited into the ranks of militarized teens and children. She fights a cruelly distant government that gives preferential treatment to certain people. That regime wants her dead because she questions its right to rule. The thing was, I had sat across from Katnisses and Peetas. Children are militarized and forced to be killers in current day Somalia, Congo, and Iraq. Citizens of Burma, Syria, and Ethiopia question their repressive governments and are consequentially detained and tortured, their family members killed.

Refugees are people who can’t go home because they’re being persecuted for something they can’t change or won’t change. Can’t: the ethnic group you’re born into. Can’t: Your skin color. Won’t: your political beliefs. Won’t: your religion. All refugees start out as second-class citizens in their own homeland. They’re part of the wrong group, and simply by existing, they’re a challenge to those in power. Most want nothing but a quiet, peaceful life, but somehow find themselves on the frontlines, leading revolutions.

Sound familiar? Like any of a dozen of your favority fantasy plots? Take the Divergent series by Veronica Roth: If you don’t belong to one of the five factions, you’re a threat to the government and society. Tris doesn’t fit, and there’s not a darn thing she can do about it, except fight back when the government tries to snuff her. Parallel: In Eritrea, there are five legally recognized religions. Practice something different and you end up in jail, dead, or disappeared.

Or there’s Laia, heroine of An Ember in the Ashes by Sabaa Tahrir. She’s born into a poor family of second-class Scholars in a society ruled by a Martial elite. The government wants her dead because she questions their brutal repressiveness. Switch out Kurd for Scholar and Ba’athist for Martial and you’ve got the Syrian conflict.

In the Red Queen series, if you’re born with red blood, you’re fated to a life under the bootheel of those with silver blood. Substitute blood color for ethnic group and you’ve got the Balkans, Somalia, Rwanda.

I could go on and on: Children of Blood and Bone, the Shatter Me series, the Rebel of the Sands series, the Grisha Trilogy, the Legend series. Even poor Harry Potter ran up against a power structure obsessed with “pure” bloodlines who tried to discredit, maim, torture and finally kill him. His government couldn’t stop them.

Okay, okay, you say. I get it. We love stories about the underdog fighting the evil empire. What’s your point?

I harp on this because I care about immigrant issues in America. I believe that providing refuge to those fleeing danger is a moral imperative. And unless you’ve been in outer space recently, you know that not everyone feels the same. We’re told that faceless, greedy masses are descending on us, claws out and grasping. The people in charge say that migrants act different, think different, look different, have different values. That they are so fundamentally “other” that we can never exist peacefully in the same space and time.

But the thing is, it’s a lie. We know these people. We’ve read their stories. We’ve laughed and cried with them, felt their pain as acutely as our own. Anyone who’s ever had their heart broken over a fictional character’s death or wanted to go into battle beside her should know that these stories are happening all around us, in real time, with real people.

I don’t mean to diminish reality. Obviously we’re talking about fictional versus real blood spilt and I in no way want to trivialize that. The conflicts I mention are complicated, historical, and can’t be easily understood with an annex or handy Silmarillion. But what I am trying to do is remind us that every person standing at the border has a story we can relate to.

So the next time you read about Laia, Katniss, or Alina, think about Abdi of Somalia, Musekera of Congo, or Hla Paw of Burma, and remember they’re only as different and separate as we allow them to be. 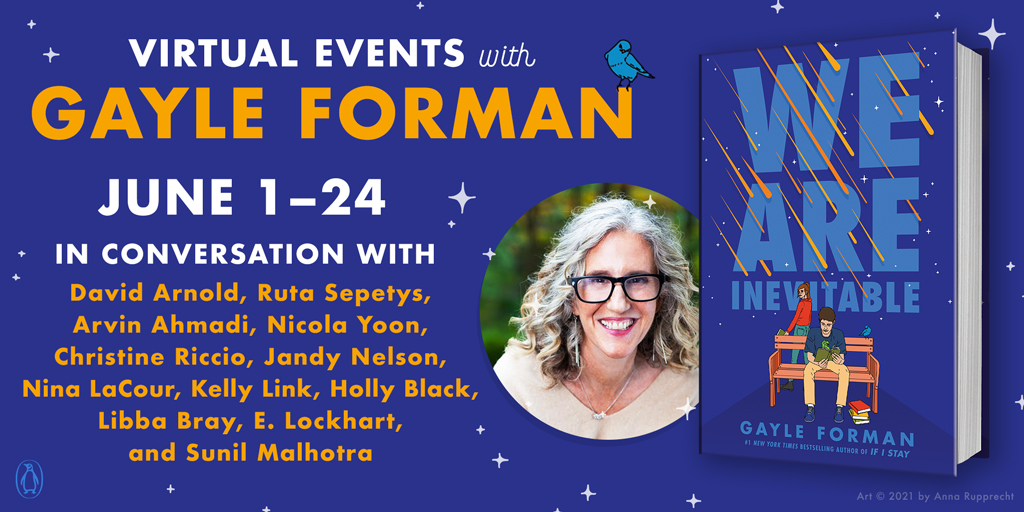 Everything you need to know about Gayle Forman’s WE ARE INEVITABLE tour! 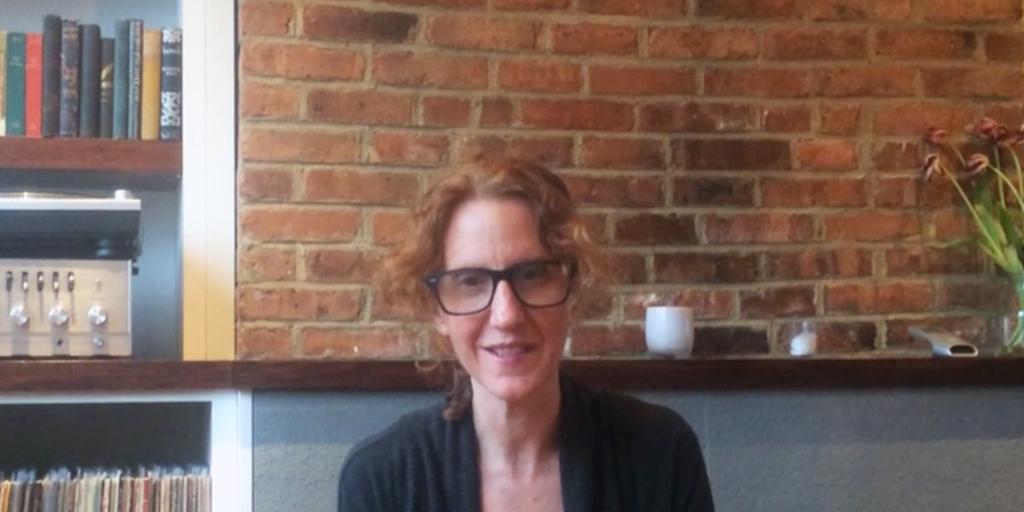 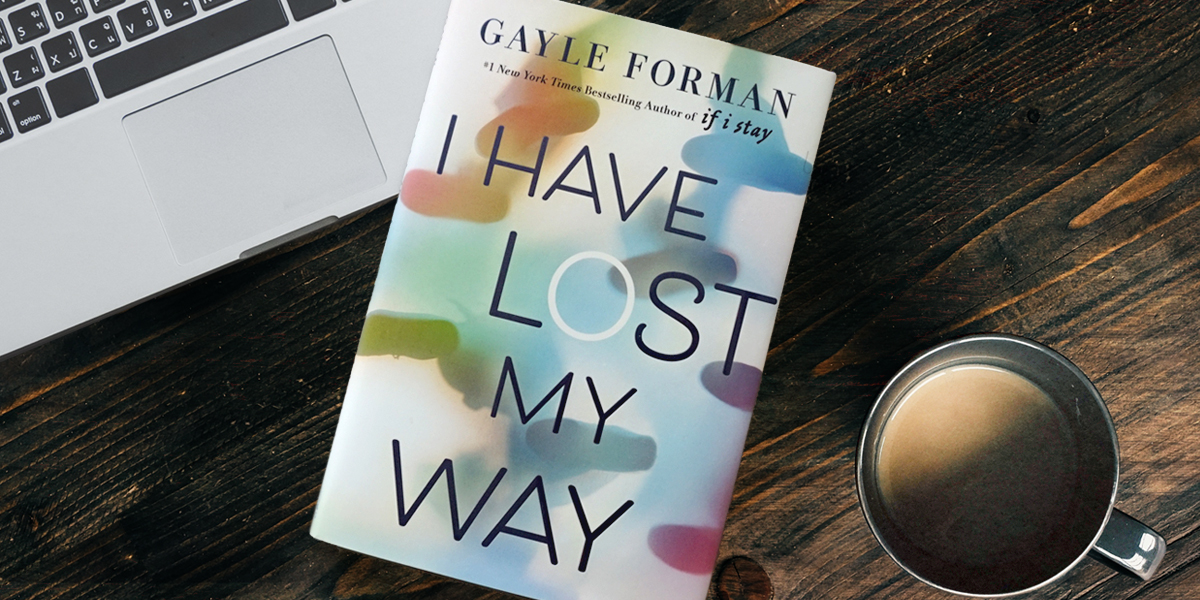 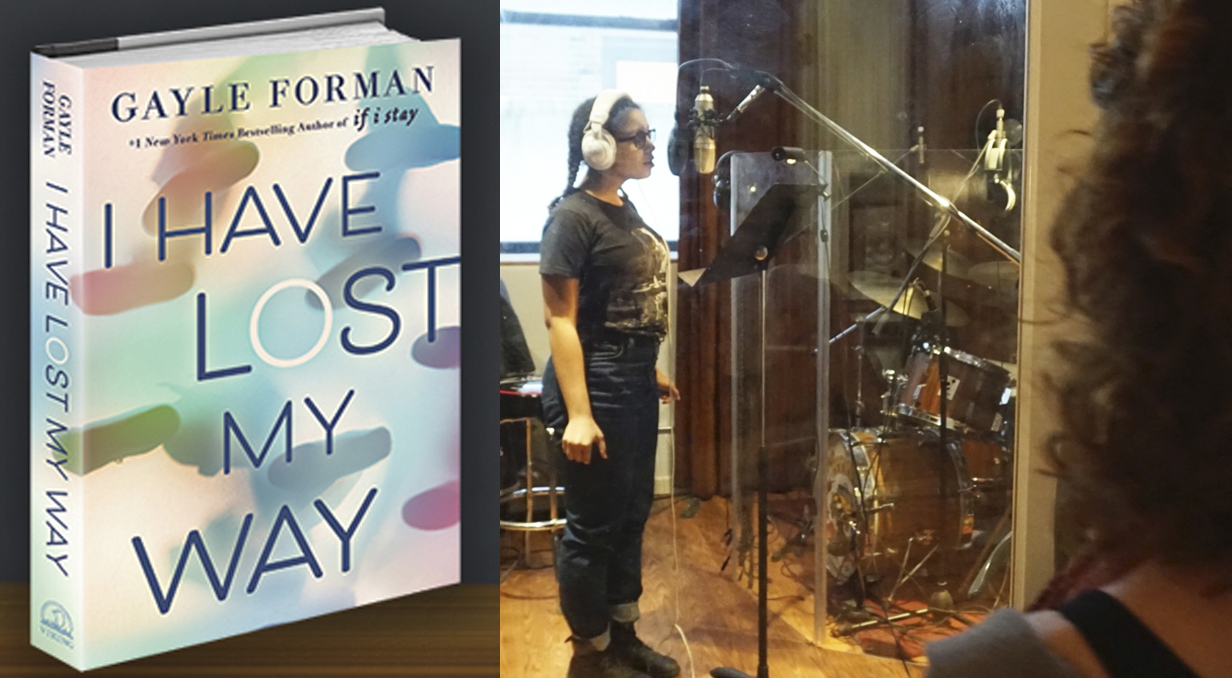 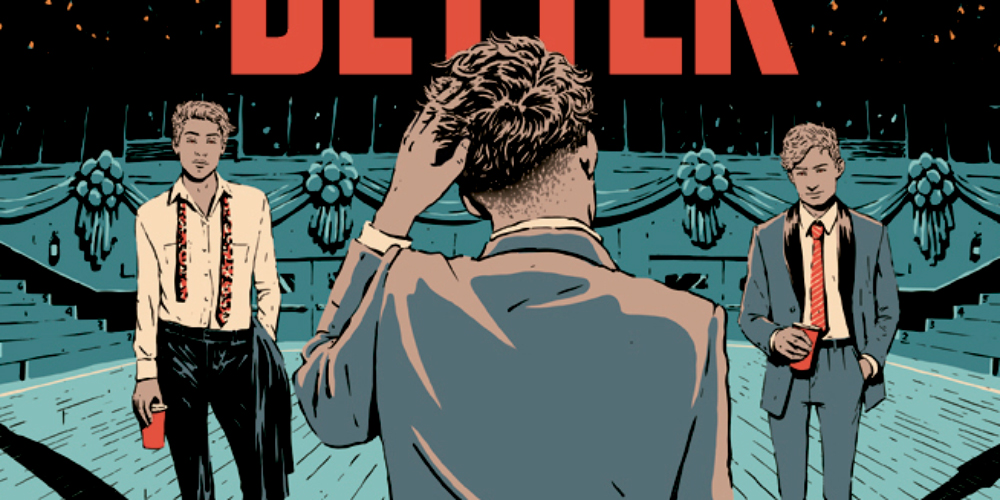 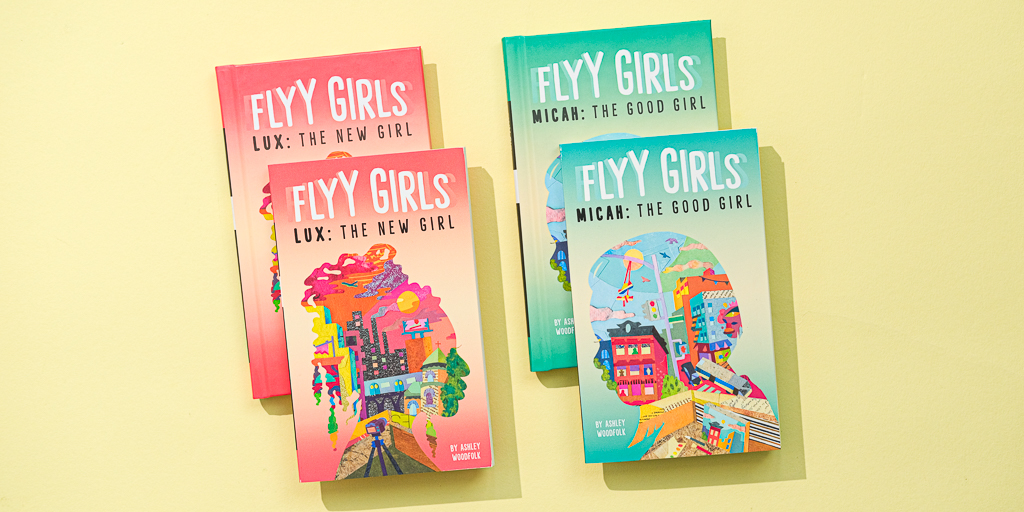 Listen to the FLYY GIRLS Playlist by Ashley Woodfolk! 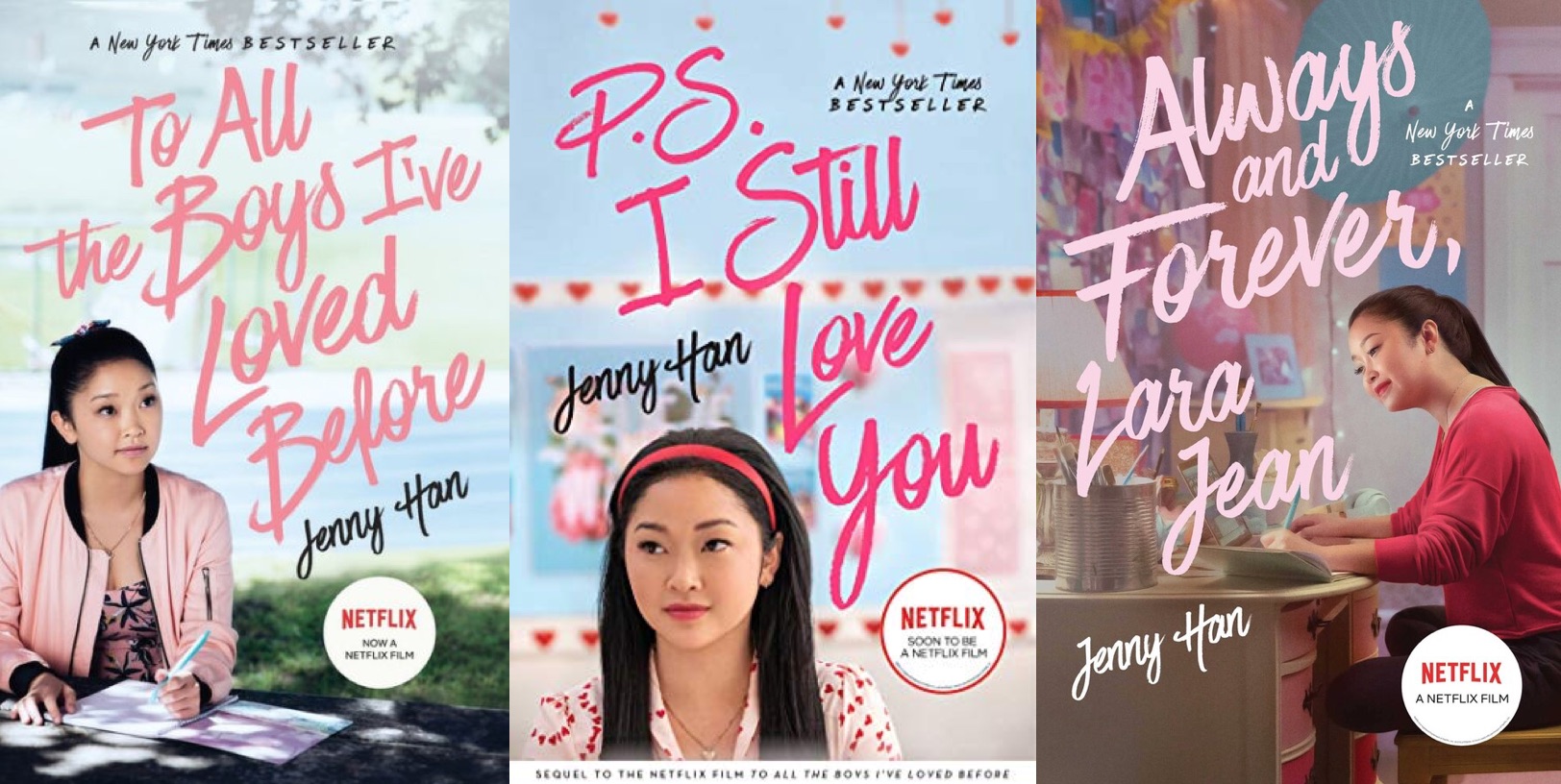 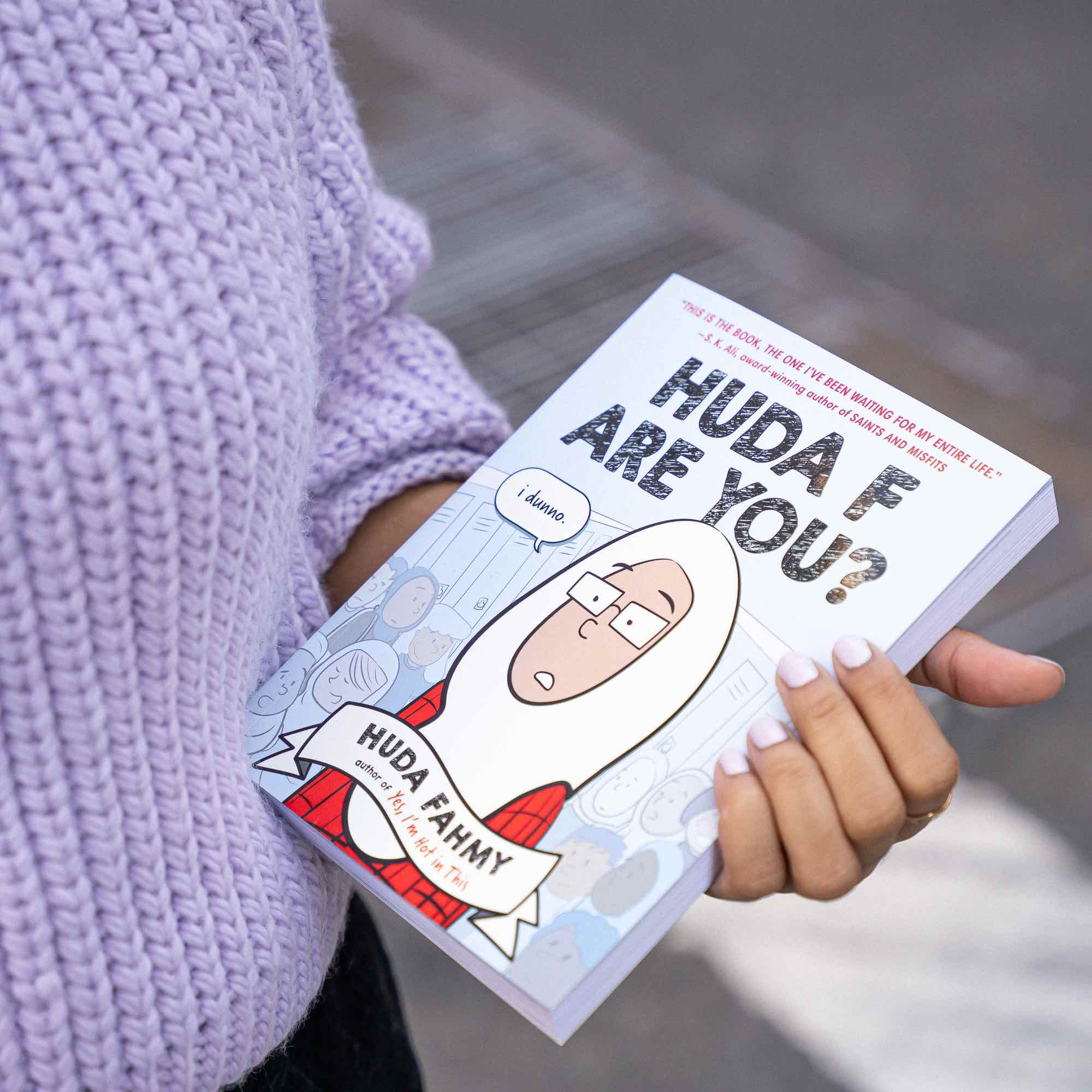 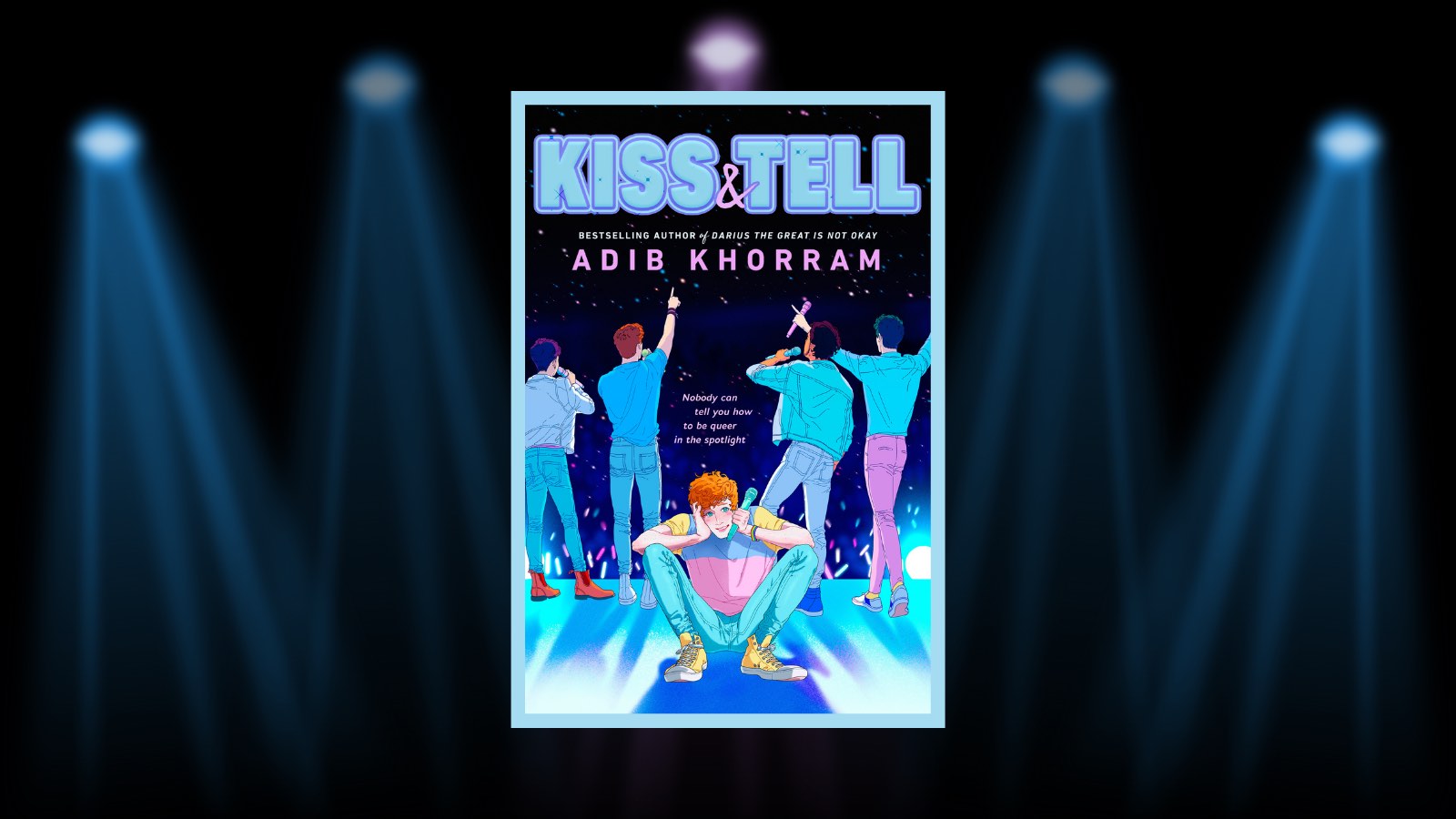 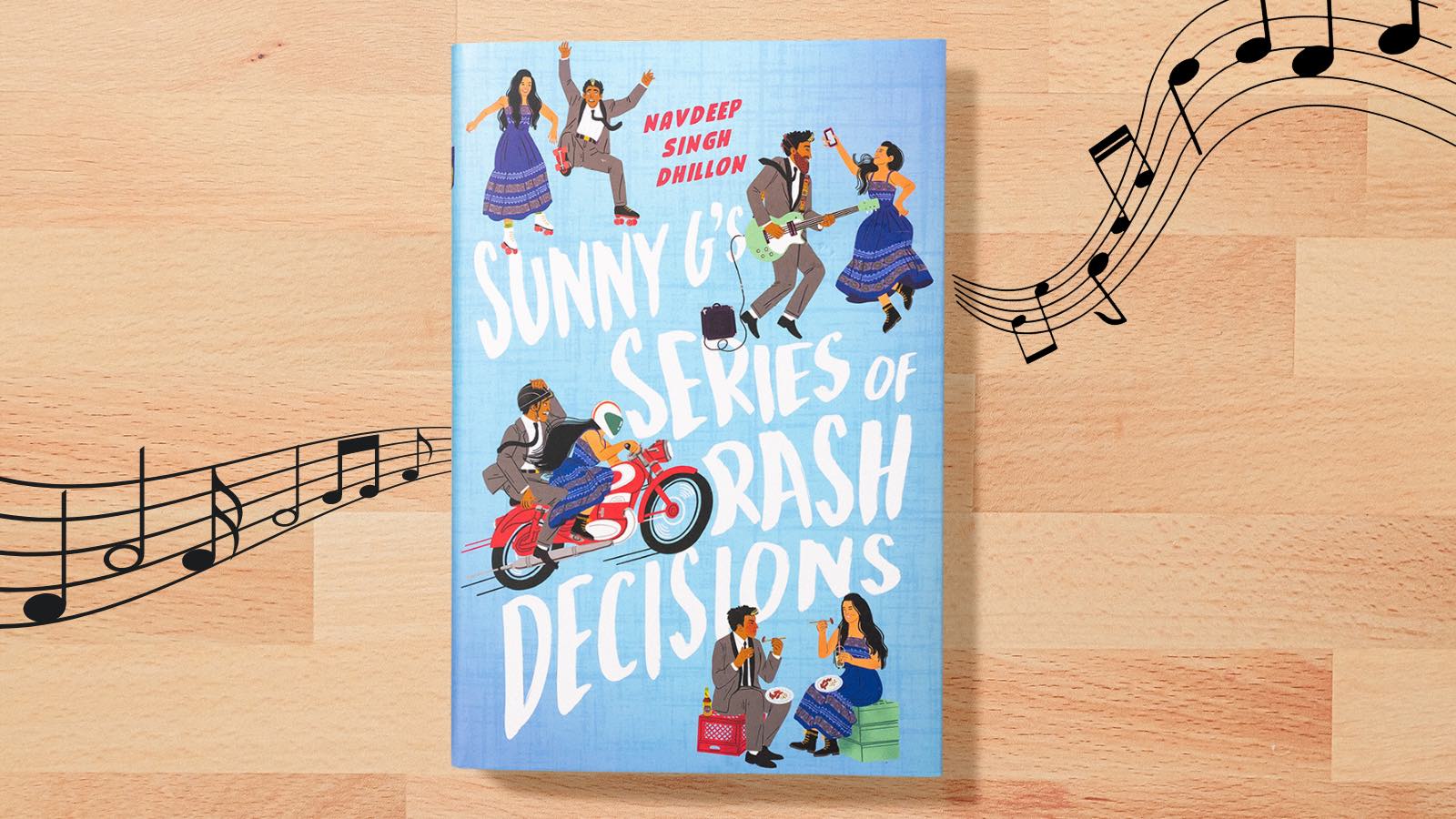 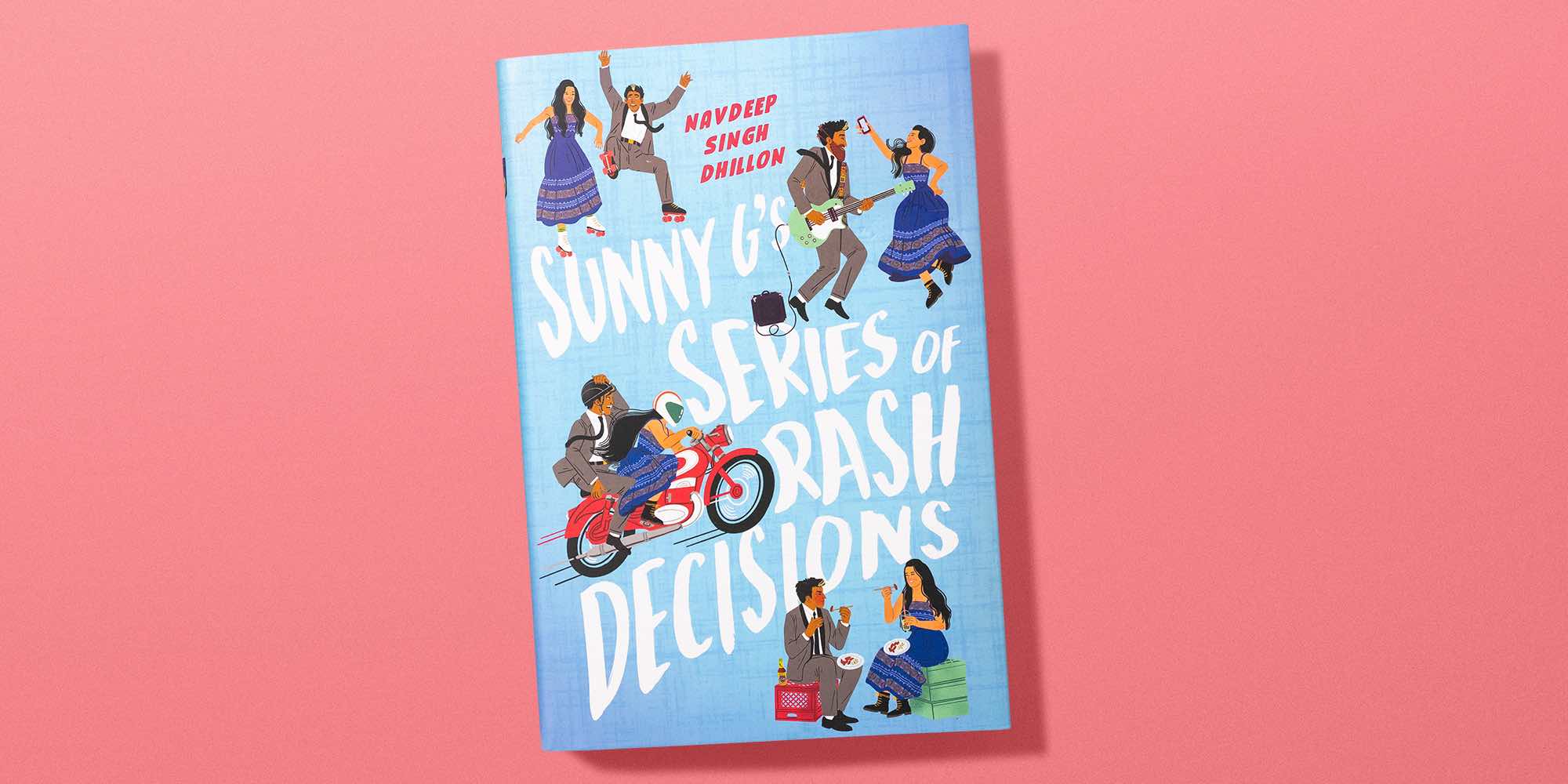 Author Tips: 5 Fun Things You Can Do to Improve Your Life in 2022 from Navdeep Singh Dhillon! 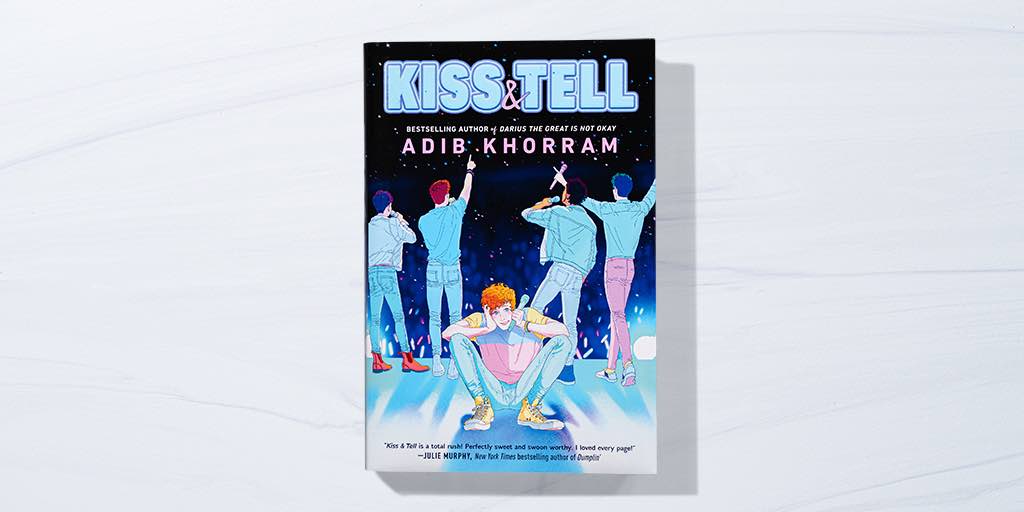 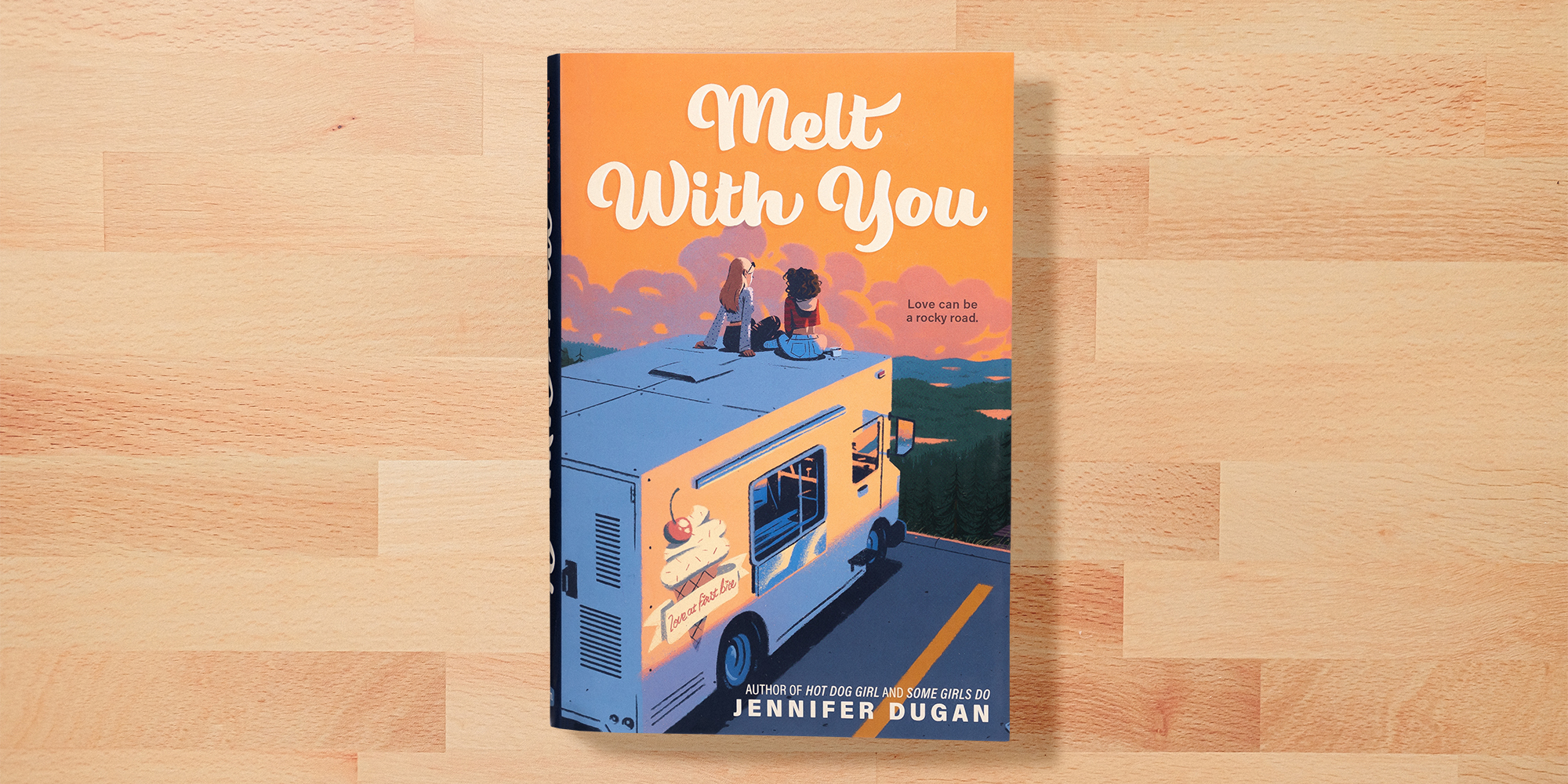 Melt With You: The Official Playlist
Penguin Teen