BREAKING BOOKISH NEWS!! Krystal Sutherland’s next book has just been announced, and we need it ASAP. Prepare yourself for The Invocations, from the author of New York Times bestseller House of Hollow, coming June, 2023. Get ready for a darkly seductive witchy thriller where, though both men and demons lurk in shadows, girls refuse to go quietly into the night.

Scroll down to see the STUNNING cover and read more! (Psst, and don’t forget to preorder your copy here!)

Zara Jones believes in magic because the alternative is too painful to bear—that her sister was murdered by a serial killer and there is precisely nothing she can do to change it. If there’s anything Zara cannot stand it’s feeling powerless, so she decides she will do whatever it takes—even if that means partaking in the occult—to bring her sister back from the dead.

Jude Wolf might be the daughter of a billionaire, but she is also undeniably cursed. After a deal with a demon went horribly wrong, her soul is now slowly turning necrotic. Flowers and insects die in her wake and monstrous things come to taunt her at night. If Jude can’t find the right someone to fix her mistake, she fears she’ll die very soon.

Enter Emer Bryne: the solution to both Zara and Jude’s predicaments. The daughter of a witch, Emer sells spells to women in desperate situations willing to sacrifice a part of their soul in exchange for a bit of power, a bit of magic to change their lives. But Emer has a dark past all her own—and as her former clients are murdered one-by-one, she knows it’s followed her all the way to London.

As Zara and Jude enter Emer’s orbit, they’ll have to team up to stop the killer—before they each end up next on his list. 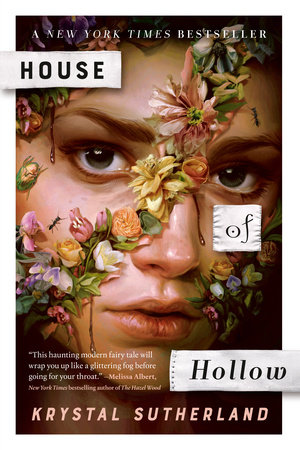