Excerpt alert! Veronica Mars meets Moxie in the hilarious and thought-provoking sequel to Margot Mertz Takes it Down.

It’s senior year. And Margot’s on a mission to be a better Margot. Which means saying goodbye to her old cleanup ways—and their inherent moral ambiguities.

To fill her time and round out her college application, Margot volunteers on a campaign for local election. It doesn’t hurt that the local candidate is Shep Green, Avery’s dad. It’s nice to see Avery’s too perfect face from time to time.

Meanwhile at Roosevelt High, Margot finds herself roped into a second election, this one for school president. But when a mysterious blackmail plot emerges, and a loathsome opponent rises in the class race, Margot might have to return to the cleanup job she thought she’d left behind.

Chapter 1
Margot Mertz on the Campaign Trail
I
was in a small, nondescript room. The kind used for office storage or interrogating a murderer. I was told it might be a while, and that I should make myself comfortable. But I’d only just sat down when the door swung open and a woman in a blazer burst in.
“Bah!” the blazer woman shouted. “I thought this room was empty.”
“Uh. Sorry, I’m interviewing to be an intern, and I was told to wait here for Jim? Jim Bilwort?”
“No,” she said.
“No?” I asked.
“I mean . . . sorry. He’s not going to interview you, because he just got fired.” She shook my hand. “Priya Deshmukh. I’m the new communications director, aka the asshole they saddled with Jim’s job.”
She tried to play it cool, but I could see she was proud of her new title. She couldn’t have been more than a couple years older than me. But despite her youth, she radiated authority. She had light brown skin, big brown eyes, and the world’s tiniest nose ring. (I think? It could just have been a mole. Hard to tell in that lighting.)
“I’m Margot Mertz,” I said.
Priya squinted. “Follow me.” She led me out of the room and down a long, narrow hallway. “What made you want to volunteer for the campaign? College credit? Sense of duty? Boredom?”
“All three? Sort of. But mostly Shep has some policies that I really like.”
Priya raised her eyebrows. “Oh yeah? Are you, like, a policy wonk?”
“Not really,” I told her. “But I’m interested in his proposed amendment to 245.”
Now Priya really looked surprised. “That’s very specific.”
Shep Green, whose ownership of several area car dealerships made him something of a minor celebrity in North Webster, was running to be state senator for the 57th District ofthe State of New York. The district had been held by Republicans for years, but recent demographic shifts made it more of a toss-­up this year. Shep was running mostly on expanding health care coverage, bringing jobs to Western NY, and pledging to finish construction on the North Webster “Transit Center.” But his platform also included a host of smaller agenda items like the amendment to State Law § 245, which would make the dissemination of explicit images without consent a felony.That got my attention. A law that would essentially make all forms of revenge porn illegal? That was worth campaigning for. Andyes, Shep Green also happens to be the father of Avery Green, who I may still have feelings for. But Avery isnot the reason I’m working on the Green campaign. (Heis the reason I started applying lip gloss between periods three and four. Ugh. I know.)

“I’m surprised you even know about that. It doesn’t poll particularly well, so we won’t let Shep talk about it,” Priya said as she reached into a mini-­fridge which was, for some reason, sitting in the middle of the hall. She grabbed a cold brew. I told her I’d stumbled across an interview Shep did on the local news where he talked about Roosevelt High’s revenge pornography scandal. He said he intended to bring a bill to the New York statehouse on the first day he took office.

Priya smirked. She wasn’t sure what to make of me. She took a big swig of her cold brew before almost choking. “Ugh. This is sweetened. This was not what I meant to get.” All the same, she held her nose and chugged the entire thing before continuing down the hall.

We were in what she and the team called “campaign headquarters.” Though the building itself didn’t seem like it was convinced. Three months ago it was a TAX-­to-­the-­MAX, one of those cheesy local accounting firms that promises huge refunds. Now it was a pop-­up campaign office with folding tables, cases of bottled water, and campaign signs littered everywhere. It all felt very temporary, like when a divorced dad tries to decorate his new two-­bedroom condo. We passed by a makeshift conference room and a closet labeled every yard sign ever. As we walked, Priya tapped out an email into her phone, while seemingly everyone we passed had a question for her.

“Priya, I just got a call from Wellmans,” a slim staffer with a ruffled shirt informed her. “They want to know if tomorrow’s press conference will be held in the parking lot or in the store itself?”

“Store itself. A parking lot makes us look like we’re squatting. And it’s tonight. Seven p.m. Not tomorrow.”

“It is?” the frazzled staffer asked, then hurried off.

Another staffer, this one a youngish, light-skinned Black man with locs down to his waist, said, “Pri! See theChronicle poll?”

“Don’t freak out. We’re trying to flip a Republican seat, which is really fucking hard. We knew it was going to get tight, and we planned for this,” she said without an ounce of panic in her voice.

We then passed a very white, maybe-­twentysomething dude with red hair, leaning against a wall, chatting up some attractive young phonebankers. “Alex! What are you doing here?” Priya demanded, adopting the tone of a toddler’s mom who had just counted all the way to three.

“Shep said I could take a lunch break!” Alex said defensively, then rolled his eyes at the attractive phonebankers. (This isn’t important for the story, but the girls werenot into him.)

“Not when he has a radio interview in twenty minutes and you’re his body man!” she scolded. “Do you know what being a body man means? It means you never leave his body.”

“Yeah. Okay. Sorry,” Alex stammered before fleeing in the opposite direction. Priya then swung open an office door.

“Interns. Here ya go. Welcome to the fold.”

Inside the room were three dead-eyed twentysomethings of various ethnicities stuffing envelopes. One of them started to say, “Heyyyy . . .” but I turned to catch up to Priya.

She had already made it halfway down the hall when I said, “Wait. Sorry. I was planning to tell Jim this in my interview, but I feel like I could be a lot more useful to the campaign if I was in a position with . . . some actual responsibility?”

Priya was glued to her phone as she said, “Uh . . . okay. So what is it you want to do? You want to be campaign manager? Or maybe replace Shep and run for office yourself?”

“Haha. No,” I said, not taking Priya’s bait. “But I heard you do fellowships?”

“Fellowships?” Priya repeated. She seemed surprised that I had done research into the campaign. “Fellowships are paid and reserved for interns who are majoring in political science. What are you, a freshman in college?”

“Right,” Priya said, turning away from me. “Work your way up. In the meantime: mailers, phone-­ and textbanking, coffee runs; believe it or not, they are a vital part of what we do—­”

“Just give me a chance!” I pleaded, running in front of her. “Look, I get that I’m young and that most people my age are useless. But you don’t exactly look like an elder statesman! What if I’m one of the good ones? Like you! What if I’m a high school Jen O’Malley Dillon?”

Priya huffed. A little annoyed that I wouldn’t just shut up and phonebank already. But also maybe slightly impressed that I name-­checked Joe Biden’s campaign manager.

“Everybody knows Wellmans,” I said.

Wellmans is a chain of grocery stores in upstate New York. It’s where everyone in North Webster shops because it is so much more than a grocery store. Wellmans are big and well-­stocked, with store-­brand stuff that is often better than the name brand (i.e., Wellmans Toasted OatsTM are five thousand times better than Cheerios). Wellmans are destinations. Plus they give college scholarships to their employees. Plus they make chocolate moon cookies that are the best thing I’ve ever had. And yes, they’re soft. And yes, I once ate four for breakfast and Idid not regret it. It’s kind of hard to explain Wellmans unless you live here, but people in North Webster treat it with a church-­like reverence. It’s borderline cultish.

“Here’s a task for you,” Priya said, interrupting my Wellmans reverie. “At seven o’clock, Shep is doing a press event at the Ridge Road Wellmans. And I want him to announce that Danny Wellman is endorsing him.”

“So I need you to call Danny and get him to do that.”

My eyes went large. Danny Wellman, the founder and CEO of Wellmans, is a local celebrity. He’s the closest thing North Webster has to a LeBron James. The odds of me (a nobody who has never met him) getting his endorsement were . . . not great.

“That’s the deal. You get Danny, I’ll make you a fellow.”

Whoa. Priya was not fucking around. “Okay,” I said. “Deal.” Then I forcefully shook her hand, as if that would impress her.

“If you need anything, just ask Melvin,” Priya said. “He’s the intern coordinator.” Then she disappeared into a meeting room. 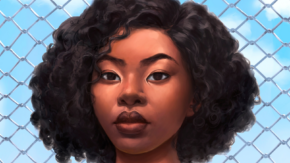