From the bestselling author of Dark and Shallow Lies comes a moody and atmospheric paranormal thriller about a seventeen-year-old girl returning to an exclusive theater camp to uncover the truth of what really happened there twelve years ago, the night her mother drowned. Get ready to read Secrets So Deep!

Twelve years ago, Avril’s mother drowned at Whisper Cove theater, just off the rocky Connecticut coastline. It was ruled an accident, but Avril’s never been totally convinced. Local legend claims that the women in the waves—ghosts from old whaling stories—called her mother into the ocean with their whispering. Because, as they say at Whisper Cove, what the sea wants, the sea will have.

While Avril doesn’t believe in ghosts, she knows there are lots of different ways for places, and people, to be haunted. She’s spent the past twelve years trying to make sense of the strange bits and pieces she does remember from the night she lost her mother. Stars falling into the sea. A blinding light. A tight grip on her wrist. The odd sensation of flying. Now, at seventeen, she’s returning to Whisper Cove for the first time, and she might finally unravel the mystery of what really happened.

As Avril becomes more involved with camp director Willa and her mysterious son Cole, Whisper Cove reveals itself to her. Distances seem to shift in the strange fog. Echoes of long-past moments bounce off the marsh. And Avril keeps meeting herself—and her dead mother—late at night, at the edge of the ocean.

The truth Avril seeks is ready to be discovered. But it will come at a terrible cost. 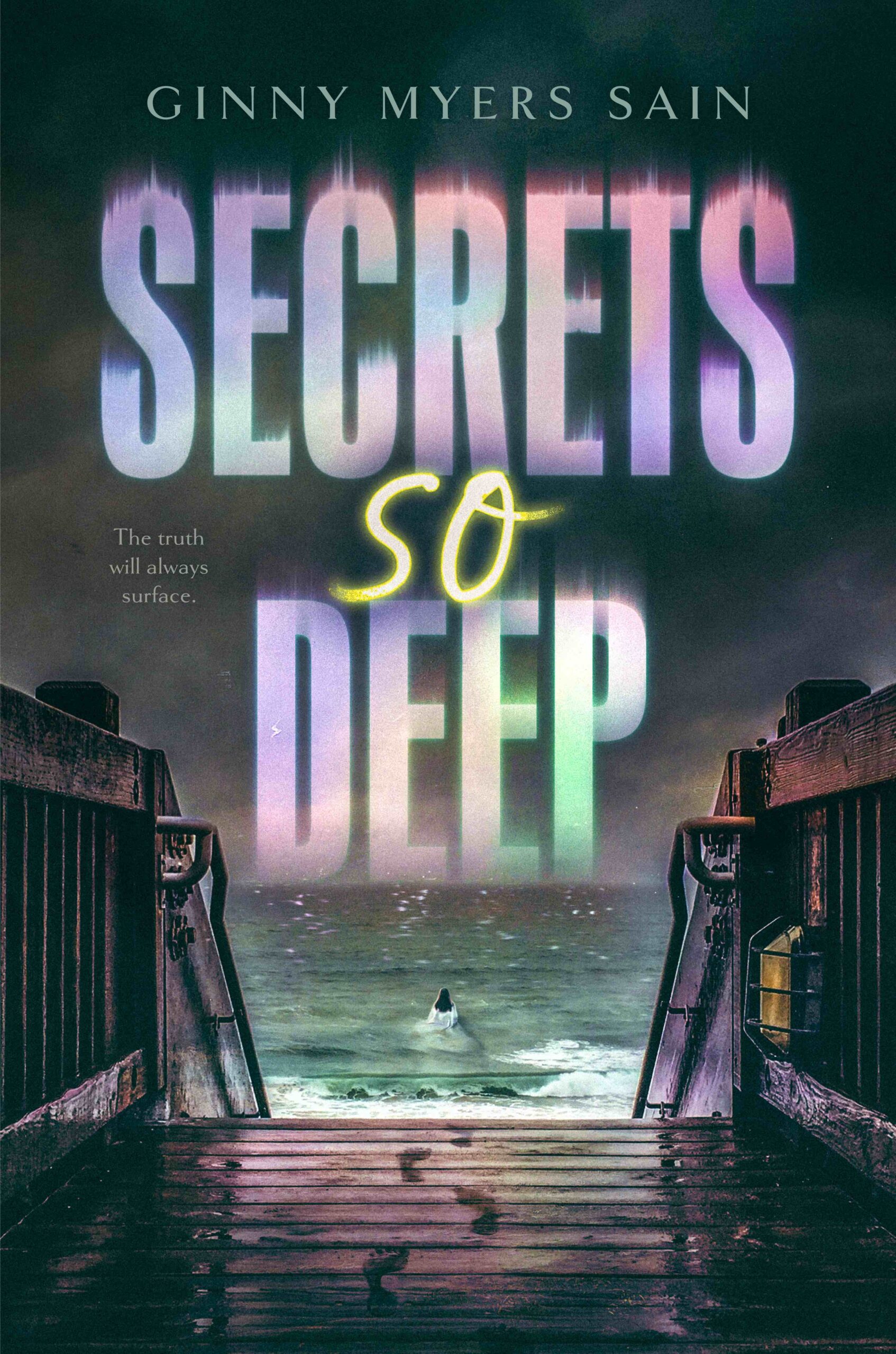 I was five years old the night stars fell from the sky. They tore loose somehow and came down like rain. I remember the heavy, dull sound of them hitting the water.

I’m watching—waiting for them to do that act again—but tonight they stay pinned to the vast blackness above us. Where they’re supposed to be. Which is more than I can say for us, because we’re supposed to be in our cabins. Curfew was like an hour ago.

But here we are on the beach.

The salt hangs heavy in the air. It prickles my skin.

I think the girl’s name is Viv. The one with her arm around me. We’re cabinmates. She has the bunk across from mine, and we are perfect opposites. My hair is the color of ice. More white than blonde. It falls just below my shoulders, hanging straight and limp in the dampness, but Viv’s inky curls tumble all the way down her back. Like laughter. Our eyes are almost the same shade of green, but hers are lined in that sexy cat-eye style I can never seem to master. She’s swaying back and forth, and she pauses to whisper in my ear. Then she laughs, throaty and low. And I laugh, too. Because Viv is the kind of girl you want to laugh with. The truth is, I didn’t catch what she said. Her words were lost to the crash of the waves. The cresting swell of voices all around us.

“Avril!” she shouts. “I’ll be right back! I gotta pee!” And that I hear, so I nod and take a deep breath. I’m grateful for a few seconds alone in the crowd. A little time to just stand here and take it all in. This is why I came down to the beach tonight. I thought about skipping the party, but I had to be here. In this place. Something inside me wouldn’t wait—couldn’t wait—for morning.

I’ve always been drawn to the water. Even from landlocked North Texas, I’ve felt the pull of the tides. Craved the brokenness of the coastline. And now, finally, here I am.

Here I am again.

There are so many people, though. And I’m not really great with big groups.

Or people in general.

I haven’t met the tall girl writing her initials in the sand by the fire. Or the shaggy-haired guy who’s sitting beside her, picking out chords on the guitar. Fragments of melody that Viv and I were trying—failing—to sing along to.

I do know the redhead who’s walking toward me with a couple of beers. His name is Lex. I met him at dinner, and evidently that makes us besties now.

“Holy shit,” he says, and he hands me one of the sweating bottles. “Can you believe we’re actually here?” He raises his own half-empty beer in my direction, and his blue eyes come alive with reflected flames. “To the first night of the best summer ever!”

Each year, high school juniors from all over the country apply for a chance to attend the four-week theater     intensive at Whisper Cove. They all want the opportunity to study with Willa Culver. And we made it in—me, my new pal Lex, and everyone else milling around us. This secret after-hours welcoming party makes it official.

Lex is playing with the fringe on a light scarf that’s expertly draped around his neck. He’s all freckles and gorgeous red-gold hair in the firelight. Barefoot with his jeans rolled up, he looks like a stylish Tom Sawyer, and I suddenly feel plain in my cutoff shorts and concert T-shirt. “You ever been to Connecticut before?” he asks me.